History at heart – Teaching Europe’s past can protect its future 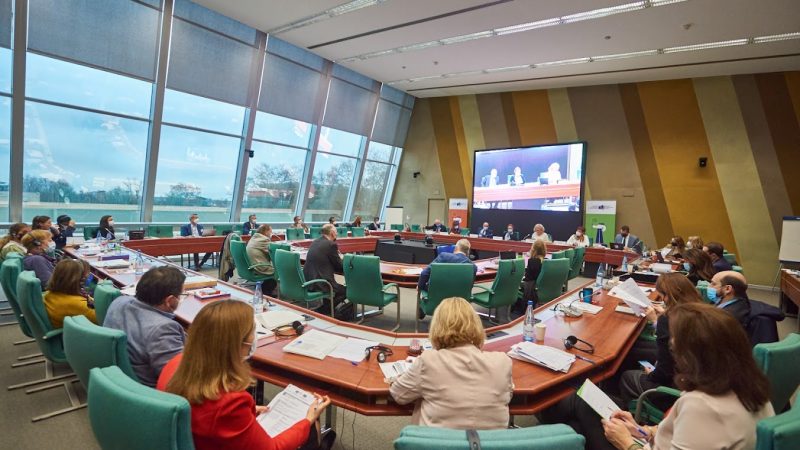 This article is part of our special report The importance of teaching Europe’s past.

How to teach history across Europe, and how it can contribute to a vibrant democratic culture was the question at the heart of a two day annual conference ‘History Education for a Democratic Europe’ last week, organised by the Observatory on History Teaching in Europe (OHTE).

Panellists emphasised the need for history to be taught in ways which foster reconciliation within and between nations, avoiding prejudice, stereotypes, and biased thinking. History teaching must also go beyond one national perspective.

Established one year ago, the Observatory now has the support of 17 member states across Europe. It aims to promote history teaching and improve the quality of teaching at all levels of education for young people in order to strengthen common European values.

“The long-term objective is to take stock of the state of history teaching in Europe”, said Alain Lamassoure, the Chair of the OHTE’s Governing Board.

The European Commission has announced that it will work with the Observatory and has pledged €1 million to support it. Commission Vice President, Margaritis Schinas, described the financial support as “a tangible sign of our confidence in your work”.

“Learning about history should not be focused solely on events and words, but it should also teach about tolerance, forgiveness and openness between nations,” said Marija Pejčinović Burić, Secretary General of the Council of Europe.

Even before the pandemic, European societies were wrestling with the teaching of Europe’s legacy of world wars, as well as more controversial ethnic based conflicts, civil wars, recent transitions to democracy and colonialism.

However, the COVID-19 pandemic has amplified social problems which have created new tensions in the democratic culture of European societies. The increased belief in conspiracy theories about the spread of COVID and vaccines, and the scapegoating of certain communities, are an eerie reminder of the narratives which drove conflicts that ripped Europe apart for much of the 20th century.

Stefania Giannini, assistant director general for education at UNESCO, described the “shadow pandemic: of racism, anti Semitism and hatred which is polarising our societies”, and this and the role of teaching history

“What we teach and how we teach must be constantly updated,” she said, emphasising the need to “provide young people with the space and knowledge to question and engage responsively in debate,” she said, pointing to the emergence of ‘cancel culture’ as one of the modern examples of debate being shut down.

Jean Michel Blanquer, France’s national education minister, pointed to the murder last year of Samuel Paty, a French history teacher whose murderer attributed the killing to Paty showing his class the cartoons of the Prophet Mohammed printed in the magazine Charlie Hebdo in a lesson on free speech.

“Ignorance of other people and cultures leads to mistrust and war,” added Giannini.

Giannini also stressed the need to support teachers, pointing to a recent survey by UNESCO and Education International which found that 40% out of 60,000 teachers did not feel able to teach about racism in the classroom.

In Spain, meanwhile, Dr Alejandro Tiana Ferrer, State Secretary of Education, said that the government had passed a new education law last year and are in the process of writing a new curriculum.

Another question is whether teaching history can be a means of moving forward from the past or if it too raw and painful?

“History teaching needs to teach us how to prevent war and how to get over war because some of us come from a country that just a few decades ago was at war,” said Anamarija Vicek, State Secretary at Serbia’s Ministry of Education.