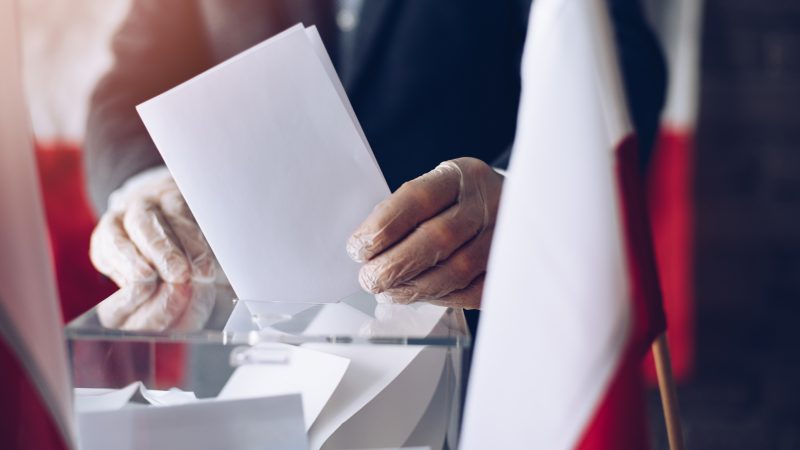 Polish President Andrzej Duda, who is running for re-election in a knife-edge contest on Sunday against liberal Warsaw mayor Rafal Trzaskowski, is a loyal ally of the ruling populists. Trzaskowski is a liberal who has promised to turn Poland firmly towards the European Union.

A second five-year term for Duda would improve the governing right-wing Law and Justice (PiS) party’s chances of moving ahead with its agenda, while a defeat at the hands of Trzaskowski could instead unravel the party’s influence.

Duda has rarely said no to powerful PiS leader Jaroslaw Kaczynski and is known for waving through policies including controversial judicial reforms.

The only time Duda broke from the party was in 2017, when he vetoed two judicial reforms that he believed gave too much power to the attorney general, who is also the justice minister.

The surprise veto left the PiS stunned and earned Duda applause from the liberal opposition and the European Union.

Trzaskowski only joined the race against Duda at the last minute, after the vote was delayed in May because of the virus pandemic.

A candidate of the opposition party Civic Platform in Sunday’s run-off, the former deputy foreign minister is also the son of a jazz pioneer and great-grandson of the man who created Poland’s first schools for girls.

Trzaskowski, who is married with two children, was elected mayor of Warsaw in 2018, winning over city residents with an inclusive campaign under the slogan “Warsaw For All”.

His record as mayor has been mixed and critics say he has failed to do enough while in office.

Trzaskowski, who described himself as “pro-Semitic”, has in recent days come under attack in a report on Polish public television accusing him of failing to defend the national interest by not ruling out Jewish compensation claims from the Holocaust.

On gay rights, another hot-button issue in Poland, Trzaskowski has said he is open to the idea of civil partnerships between same-sex couples — something which is currently banned in the majority Catholic country.

When he was elected mayor of Warsaw, he signed an “LGBT+ Declaration” promising to protect gay people, angering the country’s right-wing nationalists who campaign against a perceived “LGBT ideology”.

A farmer and father of five, Grzegorz Myszak is crystal clear about his reasons for backing Duda on Sunday.

“I’ll choose Duda, of course. With five kids, we get 2,500 zloty (560 euro, $630) per month, so it’s as if my wife had a job but instead, she can take care of the family,” Myszak told AFP, speaking among long neat rows of raspberry bushes on his farm in southeast Poland.

The 41-year-old also works for the local council and raises pigs to give his family what he describes as a “comfortable” lifestyle — part of an upwardly mobile rural electorate that is overwhelmingly pro-Duda.

Myszak says he is worried that a Trzaskowski victory would bring a “rocky cohabitation” with the PiS government and possible legislative paralysis.

A supporter of traditional Catholic family values, he also fears it could open the door to sex education in schools or civil partnerships for same-sex couples.

Myszak says he only knows of one person who he believes might have been gay, but who moved away long ago.

In the rolling hills of Lublin province, many hold similar views in Myszak’s home village of Godziszow, where Duda scored his best result nationwide in the first round of the election with a score of 86 percent.

‘Someone finally values us’

Surveys show Duda and Trzaskowski, who are both 48, running neck-and-neck ahead of Sunday’s vote.

Analysts note that Duda and his populist allies have been deftly courting rural voters who have benefited from PiS social spending on the back of more than a decade of generous EU farm and development subsidies.

“We’re pleased someone finally values us, sees our achievements and potential,” said Magda Ciupak, 33, an English teacher and mother of two who runs a farm with her husband and also heads the Godziszow local council.

“The PiS understood this, while other parties still often see us as backward and ignorant,” she said.

Although Trzaskowski has vowed to keep popular PiS measures such as child allowance and extra pension payments, polls indicate that rural voters see Duda as a better option to protect their interests.

That has been particularly the case at a time of heightened uncertainty as the economic fallout of the coronavirus pandemic sends Poland into its first recession since communism fell three decades ago.

Encouraged by the PiS, local authorities in roughly a third of the EU country, mostly its rural south-east, created so-called “LGBT free zones” last year in reaction to a declaration on LGBT rights adopted in Warsaw by Trzaskowski.

Amnesty International and the European Parliament, among others, have condemned the zones.

Campaigners say Duda and his PiS backers have stepped up the rhetoric even further in the run-up to the election, whipping up a climate of homophobia that is pushing some gay people to consider leaving the country.

‘My life is at risk’

Iwona Serewa, a 27-year-old lesbian who runs Wyrko, the only LGBT+ nightclub in the city of Lublin, has no illusions about a Duda victory.

“If he gets a second term, we can forget about better conditions for LGBT+ people,” she told AFP.

Hubert Liszewski, a gay 23-year-old student at Lublin University, said the election was pivotal to his future.

He has suffered two homophobic attacks since 2017 — including one by members of a far-right group — that left him hospitalised with a broken leg and facial injuries.

“If Duda wins things won’t change. I’ll leave rather than wait around for another attack. Basically my life is at risk.”