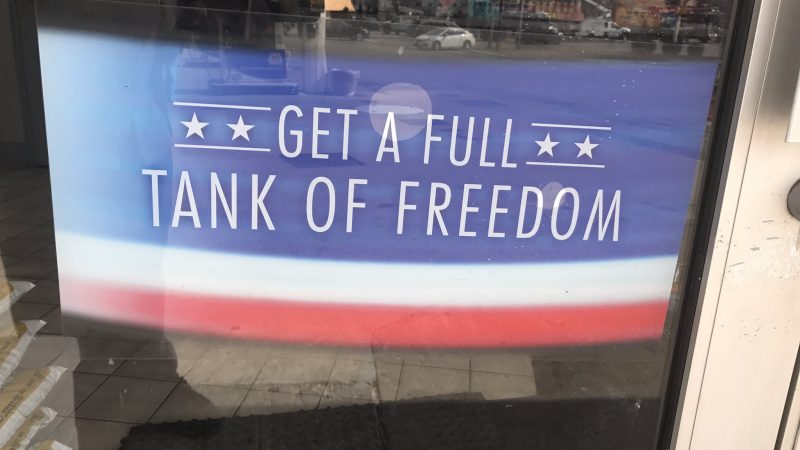 It’s official: “Freedom gas” is the Worst Phrase of the Year, according to the Plain English Foundation. But where does the expression come from? EURACTIV did not have to look far to get the answer…

The United States Department of Energy rebranded US-exported LNG as “freedom gas”, boasting about bringing “molecules of US freedom to the world,” the Plain English Foundation said in a statement on Thursday (19 December).

“When a simple product like natural gas starts being named through partisan politics, we are entering dangerous terrain,” said the Foundation’s Executive Director, Dr Neil James.

The Department of Energy included that fateful phrase in a May 2019 press release about natural gas, attributing the expression to Mark Menezes, the US Under Secretary of Energy. But he was not the one who coined it.

So where does the whole story come from?

On 1 May, EURACTIV’s energy and climate reporter Frédéric Simon attended a briefing with US energy secretary Rick Perry in Brussels. He recalls the events below.

The four journalists in the room had spent about an hour asking Perry a basic question: why would Europeans choose to pay for expensive LNG imported from the US when they have access to cheap Russian gas?

Perry’s answer until then had essentially revolved around geopolitics and the notion of energy independence: American LNG may be more expensive but it gives countries an alternative to Russian gas, and protects them from political interference in Moscow, Perry argued.

Fred then got the floor for the last question. “I asked whether it would be fair to describe American LNG exports to Europe as ‘Freedom gas’,” he recalls, saying “the phrase was intended as a tongue-in-cheek reference to George Bush who coined the term ‘Freedom fries’ during the second Gulf war.”

“To my surprise, Rick Perry and his entire staff absolutely loved it,” Fred says.

“But my surprise soon turned to dismay when Perry suddenly took a grave face and started talking about the Normandy landings during WWII for which commemorations were planned days after.”

Here’s what Perry went on to say: Seventy-five years after liberating Europe from Nazi Germany occupation, “the United States is again delivering a form of freedom to the European continent,” the US energy secretary told reporters that day.

“And rather than in the form of young American soldiers, it’s in the form of liquefied natural gas,” he added. “So yes, I think you may be correct in your observation,” he said in reference to Fred’s suggestion about ‘Freedom gas’.

Reflecting about Perry’s words today, Fred says they should speak for themselves. “Drawing parallels between the sacrifice of young American soldiers during WWII and LNG exports to Europe was inappropriate to say the least,” he says.

So it was intended as a joke, but Perry and his entourage immediately liked the expression, and started using the phrase in their official communication.

EURACTIV doesn’t ask for copyright or royalties of course – we’re just flagging that on our side, it was a pun.

[Note: it’s not the first time that EURACTIV inadvertently coins a fateful expression. The word ‘Brexit’ initially appeared in a 2012 blog post by Peter Wilding hosted on EURACTIV, according to the Oxford English Dictionary.]