On Thursday (29 August), President Sergio Mattarella gave Conte a fresh mandate to present a new executive team at the start of next week.

After having agreed on Conte staying as prime minister, the two former rival parties of M5S and PD are now in the middle of tough negotiations over the top administration jobs and the coalition’s programme, in order to turn a shaky deal into a functioning government. 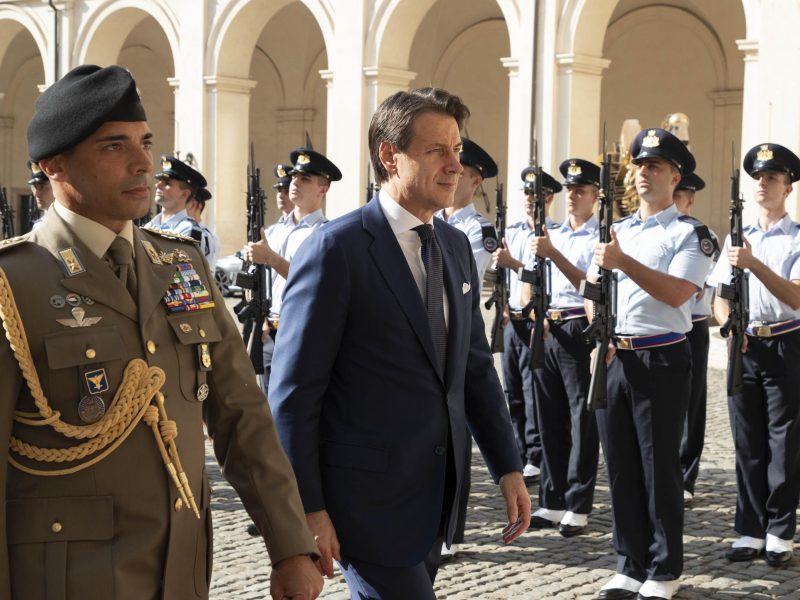 Italy’s unconventional summer crisis was followed very closely in Brussels, particularly since it is the only EU country that has not yet nominated its candidate to serve in the next European Commission.

President-elect Ursula von der Leyen is currently interviewing the other 26 candidates and sounding out their suitability to oversee certain policy areas.

Conte took Europe into consideration after receiving his mandate though. “We are at the beginning of a new EU legislative term and we have to make up for the lost time to provide Italy with the role it deserves,” he said.

The controversial deal has already prompted a freshly-elected Italian MEP from the socialist bloc (S&D) to turn up his nose.

Carlo Calenda resigned from PD’s national board following the unusual tie-up between his party and Five Star, but he won’t leave the Parliament nor quit the S&D group, he revealed on a TV show.

“From the day of my party membership application I made it clear that I would have left in the event of a deal with Five Star,” he explained in a letter to PD President Paolo Gentiloni and PD leader Nicola Zingaretti.

Tiziana Beghin, Five Star’s group leader who is in her second mandate as an MEP, told EURACTIV she believes Conte will continue to protect national and citizen interests, as demonstrated by his time in government over the last year.

She added that the Parliament’s Five Star delegation is ready to cooperate with Conte and his team to address a list of European challenges ahead.

The list she mentioned includes the minimum wage, relocation of migrants, the overhaul of the Stability Pact, climate change and trade agreements.

Conte’s approval ratings went through the roof within the anti-establishment party after he launched a scathing attack in the Italian parliament on the “traitor” Matteo Salvini, who triggered the political crisis in the middle of the summer.

Daily newspaper Corriere della Sera reported that the Five Star top branch is thinking to focus the question asked on Conte’s position, in order to avoid an unpleasant outcome.

“We have the opportunity to change course and address the social and economic issues the country is facing, after one year in which Salvini dominated the government making furious propaganda without any concrete vision for the future of Italy,” socialist MEP Brando Benifei told EURACTIV.

At the end of July, Benifei was appointed the head of the PD’s European Parliament delegation, replacing David Sassoli who was elected as president of the EU assembly.

Benifei pointed out that since the first day of negotiations between the PD and M5S, the centre-left ruled out any idea of a short-term government, asking instead for a renovation of the Five Star political platform in order to form a government capable of focusing on employment, education and climate change.

“Now it is important to work hard to demonstrate we made the right choice,” he concluded.

Rumours suggested that a prominent member of the PD delegation, Roberto Gualtieri, could be assigned the key post of economy minister in the new cabinet. His name had also previously been linked with the still vacant Commissioner role.

“A Conte government was wished for by Brussels, Paris and Berlin,” said Lega lawmaker Marco Zanni, who is also president of the Identity and Democracy (ID) parliamentary group.

According to Zanni, the new Conte executive bears all the marks of Mario Monti’s technocratic government, as it is not respecting the will of Italians who have already voted down the PD several times at the ballot box.

“Yet another undemocratic scheme by Eurocrats arose again, behind closed doors that in these years have given rise to austerity and to the not-too-slow erosion of member state sovereignty,” he added.