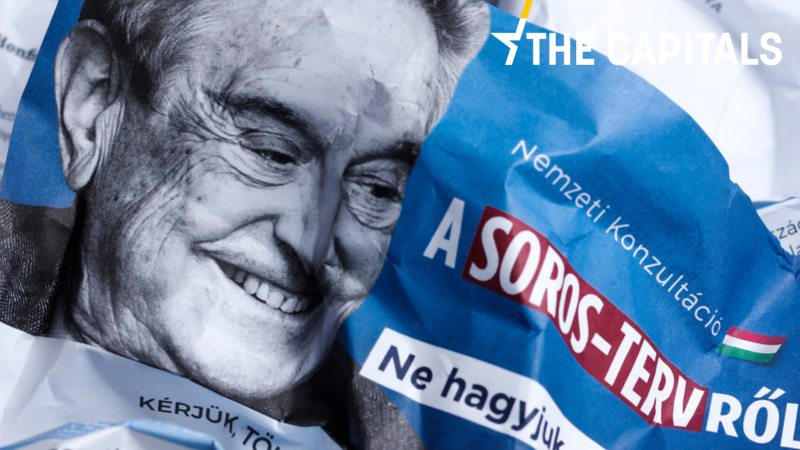 Before you start reading today’s edition of the Capitals, feel free to have a look at the article “European cities announce new restrictions as COVID-19 cases soar“.

In a letter dated 2 June, József Magyar, deputy secretary of state for development of European affairs at the ministry of foreign affairs and trade, asked Hungarian embassies in the European Union to provide information about the professional visits of Hungarian journalists to the respective EU countries, Telex reported. Read more.

Remove all Turkish ships to start dialogue. The EU wants all Turkish drilling vessels and warships to move away from Greece and Cyprus in order for dialogue to begin, an EU official has said ahead of today’s meeting of EU foreign affairs ministers. Read more.

No progress on EU’s long-term budget negotiations. EU member states and the European Parliament remained divided on Friday (18 September) on whether to increase the Union’s long-term budget, complicating attempts to reach a quick agreement on the recovery fund. Read more.

Nationwide protest in favour of refugee resettlement. Over the weekend, thousands in Germany protested against the treatment of refugees in Greece, calling on the government to  resettle everyone from the Moria camp, using the slogan “We have space” (Wir haben Platz). In response to the fire that destroyed the camp, Germany’s grand coalition promised to accept an additional 1,553 of the 12,000 people in Moria. (Sarah Lawton | EURACTIV.de)

Read more on the matter: “Germany to take in 1,500 refugees from Greek Islands, Michel urges EU for more solidarity”

Nearly 1,200 new infections per day. The average number of coronavirus infections per day reached 1,196 cases between September 11 and 17 in Belgium, an increase of 62%, Belgian media have reported. Hospital admissions stand at 44 per day.

Covid-19 protocol to be relaxed at schools. The Ministry of Education announced that the rules concerning contact cases of contact will be relaxed in nursery and elementary schools from Tuesday (September 22). When a child is tested positively, his or her class can continue normally, and the other pupils will no longer be considered contact cases.

“The protocol for the identification of contact persons, their possible isolation, the possible closure of classes or even schools, will however be applied when there are at least three confirmed cases in the same class coming from different families”, the ministry said. (Anne Damiani | EURACTIV.FR)

New military helicopters to come from Italy. Austria will buy 18 helicopters for €300 million from Italian company Leonardo – outbidding Bell (USA) and Airbus (Germany and France) – to replace some of its machines built in the 1960s, making this the biggest deal of its kind since the procurement of Airbus’ Eurofighter jets in 2001.

Though the first batch of helicopters is set to arrive on Austrian soil by mid-2022, according to media reports, the country’s defence ministry has yet to officially confirm the deal, but is set to do so next week. (Philipp Grüll | EURACTIV.de)

Legalise it? Finland’s Green party wants to carry out a comprehensive research on the country’s legislation currently criminalising cannabis due to the changing attitudes and new facts on the matter, adding that it is high time to review the legislation, according to a statement delivered at the party congress on Sunday (20 September). Read more.

Facebook unsure about EU services. Facebook has claimed that it is unsure how it can continue to provide services in the European Union, following a recent order from the Irish Data Protection Commission (DPC) for the firm to freeze data transfers to the United States.

The Irish DPC, the competent authority for regulating Facebook’s data protection standards on the bloc, submitted a request for the company to stop all transatlantic data transfers from the EU following a July decision from the European Court of Justice (ECJ), in which the Court found that the US did not provide adequate protection for EU data. Read more.

Hefty fines for Covid breaches. The government is ramping up fines for those who breach rules on self-isolation and gatherings in a bid to force people to comply. Fines of up to £10,000 and a criminal record will be handed to those who repeatedly break rules on self-isolating. Meanwhile, scientists have warned that the UK is facing a ‘critical point’ in its second wave of Covid-19 cases and that London could be the latest major city to see new curfews imposed. (Benjamin Fox | EURACTIV.com)

The proposal was included in the agreement between right-wing party League and anti-establishment 5-Star Movement (M5S) in 2018, when the first government chaired by Prime Minister Giuseppe Conte was formed. It was then confirmed when the second Conte government was formed by M5S and the Democratic Party. A similar attempt was made by former PM Matteo Renzi in 2016, but the decision not to cut the number of MPs prevailed and Renzi subsequently resigned. (Alessandro Follis | EURACTIV.it)

Madrid imposes new COVID-19 restrictions to contain spread. New measures to combat the fast spread of the pandemic in Madrid enter into force today (21 September), limiting social gatherings to no more than six people and putting neighbourhoods which have seen the most infections back into partial lockdown for at least 14 days, EURACTIV’s partner EFE reported.

Madrid’s regional government (Comunidad de Madrid) on Friday announced the fresh restrictions aimed at curbing the rising number of coronavirus cases in the region. They enter into force in several southern parts of the capital, severely hit by the new outbreaks. Read more.

Sanctions against Turkey but not now. Greece wants EU partners to have a sanctions list against Turkey prepared but not to be imposed now. “They need need to exist in order to show Turkey what will happen – and we hope this can be avoided – if it returns to the policy of illegal actions,” Greek foreign affairs minister Nikos Dendias has said.

“Greece is always ready to discuss with Turkey the existing dispute over the boundaries of the continental shelf and exclusive economic zone, provided, however, that Turkey stops its provocations and illegal actions,” he added.

US Notorious RBG passing gives Greeks a chill. Rarely does the death of a judge, let alone a foreign one, make headlines in Greece. But in the case of Ruth Bader Ginsburg – the US Supreme Court justice who died at the age of 87- both traditional media and people on social media have been in mourning. Read more.

A COVID-19 plan for the winter/fall. Portuguese health authorities will present this week a coronavirus plan for the fall/winter period, Prime Minister António Costa told a press conference on Friday after a two-hour meeting of the crisis office that monitors the evolution of the virus in Portugal. The PM also called for compliance with prevention rules already in force.

If the trend in increased new coronavirus infections continues, there could be 1,000 cases a day this week, said Costa. “We have to stop this trend. We can’t stop the country,” he added.(Pedro Morais Fonseca, Lusa.pt)

No Norwegian funds for municipalities with ‘LGBT-free-zones’. Polish municipalities which have adopted resolutions on “LGBT-free zones” will not receive money from Norwegian funds, Norway’s diplomacy ministry has informed. The allocation of funds has already been the subject of a dispute between Oslo and Warsaw. Read more.

Poll: Communists and Christian Democrats to leave parliament. The Czech Republic’s Communist party (GUE-NGL) and the Christian democrats (EPP) would not reach the country’s 5% electoral threshold and not make it into parliament in a general election, according to a new poll conducted by Kantar for Czech Television. Find out how about the other parties are faring here.

While the interior ministry’s migration directorate refused to talk to Urun’s defence lawyer Valeria Ilareva, she nevertheless found out from third parties that her client had been deported to Turkey, the lawyer told www.segabg.com. Sofia’s Administrative Court is scheduled to hear Urun’s appeal on 29 September against a decision of the State Agency for Refugees refusing to grant him international protection. Read more.

Grenell in Kosovo. Richard Grenell, the US president’s special envoy for the Belgrade-Priština dialogue, is scheduled to arrive in Kosovo today (21 September). The sources in Priština indicated that the focus of the visit was to check in on the progress in implementing announcements in the documents signed at the White House on 4 September on “economic normalization” between the two countries.

Several media outlets based in Belgrade cited unnamed sources in reports that Grenell would visit Belgrade the next day (22 September). Reportedly the main topic of the visit will be opening an office of the new US International Development Finance Corporation in Serbia.

In other news, Serbian Minister of Construction, Transportation and Infrastructure Zorana Mihajlović signed an agreement during a visit to the town of Bratunac in the Bosnian Serb entity Republika Srpska on 18 September with Bosnia and Herzegovina’s Communication and Trade Minister Vojin Mitrović to build a joint border crossing, the minister’s office has announced. Read more.