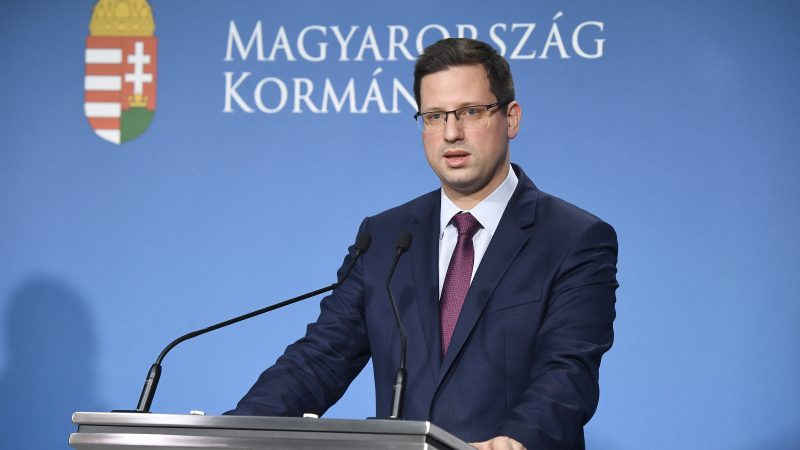 “Expressing your opinion cannot be punished under the rule of law,” Orbán’s chief of staff Gergely Gulyas told a press briefing. “I think this is outrageous, it is foremost Germany that has to answer whether it still upholds the rule of law.”

He spoke against a backdrop of tensions between the nationalist Orbán and western members of the European Union including Germany over what they see as an anti-democratic drift in Hungary under his rule, an accusation his government denies.

The Hungarian Foreign Ministry said it had summoned the German charge d’affaires to express “shock” over the sacking of Bundesliga football club Hertha BSC Berlin’s goalkeeper coach, Zsolt Petry, a Hungarian, on Tuesday.

Gulyas asserted that Petry’s dismissal reminded him of Nazi-era Germany. “One totalitarian regime started in Germany in the 20th century. We would not like to see another one in the 21st,” Gulyas said in a statement.

The German government did not immediately reply to a Reuters request for comment.

Orban’s right-wing government has been anti-immigration, has excluded same-sex marriage from Hungary’s constitution, limited gay adoptions and legal recognition of transgender people, and often depicted homosexuality as an aberration.

While the German court’s jurisprudence did once rule out marriage for same-sex couples, analysts say it retreated from that position in a string of rulings since 2009. No constitutional challenge has ever been brought against parliament’s 2017 vote approving same-sex marriage.

Hungary and its populist nationalist ally Poland have been criticised for years over alleged backsliding from EU democratic standards, in part by asserting control over media, the courts and academia, as well as campaigning against gay rights.

“I don’t know what made Peter stand up for (LBGT) people,” Petry told the Budapest newspaper. “If I were him I would definitely not have stirred up emotions that way.”

Gulacsi protested over Petry’s comments in a Facebook post. “All people have a right to equal treatment,” Gulacsi wrote. “I stand by rainbow families. Let’s speak up against hatred, let’s be more accepting and open.”

Hertha BSC CEO Carsten Schmidt said Petry had been fired after a six-year tenure because his remarks did not “correspond to the values” of the football club.