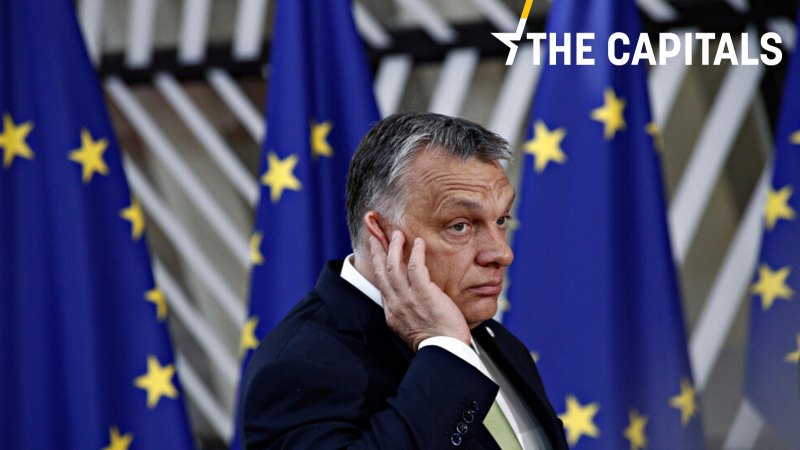 Now that many European countries have started lifting lockdown measures and opening borders, make sure you stay up to date with EURACTIV’s comprehensive overview, which is regularly updated with the help of our network of offices and media partners. Also, check our country update pages, such as the one for Germany and Greece.

A chance to apologise. Hungary is demanding an apology from Finnish MEPs, academic researchers and prominent media outlets for “wrongly” criticising and spreading “false” arguments concerning the country’s emergency law enacted in the wake of the coronavirus crisis, according to letters sent by the Hungarian embassy in Helsinki.

Meanwhile in Budapest, Prime Minister Viktor Orbán said his government will conduct another nationwide survey this month asking Hungarians about a wide range of COVID-19 issues and economic measures. The questionnaire will reportedly also include a question on Hungarian-American billionaire George Soros, whom the government has previously accused of orchestrating the migration crisis in Europe, as well as “his ‘plan’ to issue perpetual bonds”, which the PM has insisted would “lead to ‘debt slavery’”.

EU trade commissioner Hogan mulling candidacy for WTO chief. European trade commissioner Phil Hogan is considering putting his name forward as a candidate to be the next director-general of the World Trade Organization, his spokesman said on Sunday (31 May). Read more.

Meanwhile, protesters took the streets of Berlin over the weekend, following widespread demonstrations in the US against racism and police violence.

On Saturday (30 May), 2,000 people came out to protest in front of the US Embassy following the killing of George Floyd, an unarmed African-American man who died at the hands of Minneapolis police officer. Large protests also occurred on Sunday (31 May) in Kreuzberg representing the group Black Lives Matter. (Sarah Lawton | EURACTIV.de)

And the supervisory board of German airline Lufthansa finally gave the green light to the government’s proposed €9 billion bailout, after the European Commission compromised on its conditions for approving the package. Read more here.

After the aid packages, the layoffs. As most lockdown measures have now been lifted as of today (2 June) and life starts getting back to normal in France, the economy has taken a big hit. EURACTIV France looks into it.

Border confusions. The decision by Belgian authorities to allow people to cross the border with neighbouring countries to visit their loved ones has turned out to have taken some of them by surprise. While Belgians trying to cross into France were turned back, Dutch mayors were not amused. Alexandra Brzozowski has more.

Coalition quarrels over European recovery fund. Austrian Chancellor Sebastian Kurz’s initiative against the Merkel-Macron EU recovery plan was a “mistake”, the leader of the Austrian Greens said in a TV interview on Saturday (30 May).

When Austria’s Conservative-Green coalition was inaugurated in January, observers predicted that EU policy could become a bone of contention between the two parties. EURACTIV Germany’s Philipp Grüll has the details.

The Brexit stalemate explained. Nearly four years after the UK voted to leave the European Union, we are back to a familiar conundrum: deal or no deal. Except that this time we are talking about the trade agreement that will govern future EU-UK relations. In this video, Benjamin Fox explains what is at stake.

New voting agreement. The UK and Poland have signed a treaty that secures the right of British and Polish citizens to stand and vote in local elections in each other’s countries following the UK’s exit from the EU. Read more.

Final lockdown extension. Spanish Prime Minister Pedro Sánchez confirmed Sunday (31 May) he would request a sixth and final 15-day extension of the state of emergency, which came into effect on 14 March, until 21 June. As the government defends the measure as the only way to ensure the process remains orderly, it is expected to be passed by lawmakers this week with the support of Basque party PNV. The left-wing Catalan party ERC has agreed to abstain. EuroEFE takes a closer look.

COVID-19 app launches in four regions. The trial of “Immuni”, the Italian mobile app to track the contacts of people who have tested positive for COVID-19, was officially launched on Monday (1 June) in the regions of Apulia, Abruzzo, Marche and Liguria.

Once installed, the user will be required to enter data, such as their town of residence, and the system will work automatically so that codes generated automatically and anonymously can be exchanged between smartphones. The app was approved on Monday by the government because of “the complexity of the system and the number of subjects potentially involved”, as well as “a series of measures aimed at strengthening the privacy of the persons who will download the app.” (Valentina Iorio| EURACTIV.it)

New openings. Shopping centres, concert halls, cinemas, gymnasiums, swimming pools and shops reopened on Monday (1 June), ending the “civic duty of home collection” due to COVID-19, in the third phase of the deconfinement plan. EURACTIV’s partner Lusa.pt has the details.

Who can travel to Greece? The ministry of foreign affairs has issued a statement saying that until 15 June, the rule still applies that all visitors, regardless of nationality, even Greeks coming from abroad, must be tested. If the result is negative (the day after) they must remain in self-isolation for seven days. If travellers are tested positive, they should be quarantined for 14 days. Read more.

Presidential polls. While Polish President Andrzej Duda continues to lead in the polls ahead of the presidential elections likely to take place on 28 June, his position grows weaker with every poll. According to one poll, Duda is polling at 32%, while the new face in the race, PO’s Warsaw Mayor, Rafał Trzaskowsk, is at 25%. Independent candidate and TV personality Szymon Hołownia has the support of 22%. In another poll, Duda continues to have 42%, while Trzaskowski has 23%. (Łukasz Gadzała | EURACTIV.pl)

Traffic lights for travelling abroad. The Czech government approved on Monday (1 June) so-called “traffic lights” for travelling abroad, in which all European countries have been divided into three groups marked with specific colours – red, amber and green – according to data gathered by the European Centre for Disease Prevention and Control agency (ECDC). EURACTIV.cz’s Aneta Zachová looks into how the countries have been classified.

“State of emergency isn’t limiting anyone”. While Slovakia has one of the world’s lowest coronavirus-related mortality rates, as well as very few new cases in the past days, the government has announced the further easing of measures starting on Wednesday (3 June) with the state of emergency still remaining in force.

“The state of emergency isn’t limiting anyone,” said Prime Minister Igor Matovič (OĽaNO), adding that “it allows us to supply hospitals with protective equipment, should we cancel it, they will need to buy them themselves.” EURACTIV Slovakia’s Zuzana Gabrižová has more.

“Balkan Stream” will work without problems. The Balkan Stream gas line would be useful for Serbia and Bulgaria, contributing to the diversification of regional supply and providing for competitive prices, Bulgarian Prime Minister Boyko Borissov said at a joint press conference on Monday (1 June) with Serbian President Aleksandar Vučić, after the two toured a construction site and a highway from the border to Sofia.

“The project has the support of both Washington and Moscow because it allows for a real diversification of supplies in the region. It will be joined by the new Alexandroupolis-Dimitrovgrad gas pipeline, from where liquefied gas will be delivered,” said the Bulgarian prime minister. “Thus, Balkan Stream will have Russian, American, Qatari and Azeri gas, everyone can supply and receive the gas,” he added. EURACTIV Serbia and EURACTIV Bulgaria have more.

Slovenia steps it up. Slovenia’s police will step up border controls from Tuesday to Friday, because of a higher number of migrants on the so-called Balkan route (mostly from Greece through North Macedonia, Albania and Serbia), following orders from state police chief Anton Travner, state news agency STA reported. Zoran Radosavljević has more.

Wind Park affair. According to unofficial information published by broadcaster N1, Agriculture Minister Marija Vuckovic, State Secretary Tugomir Majdak and Deputy Head of Andrej Plenković’s Office Tena Misetic are among the 49 witnesses who will be examined by the police’s anti-corruption office (PN USKOK) in its investigation of the so-called “Wind Park” corruption case against the now-former state secretary in the public administration ministry, Josipa Rimac.

The government on Friday (29 May) dismissed Rimac, as well as Assistant Economy Minister Ana Mandac. The two were among several other officials and business people arrested earlier in the day as part of an investigation by USKOK on suspicion of committing white-collar crimes, including corruption, in connection with a project of wind farms near the town of Knin. Read more.

Monteneg-no. While Montenegro opened its borders to Serbia and other neighbours on Monday (1 June), Serbian citizens are not allowed to enter the country just yet. That is because the Montenegrin government decided to open its borders to the citizens and residents of 131 states reporting fewer than 25 coronavirus cases per 100,000 inhabitants, but Serbia was not one of them.

BiH opens its borders. On Monday (1 June) Bosnia-Herzegovina (BiH) opened its borders with Serbia, Croatia and Montenegro. However, only citizens from these three states will be able to cross these borders. Others may only enter BiH for business purposes, provided they had been invited by a local and tested negative for the coronavirus.

The country’s international airports opened to passengers as of Monday (1 June), the Council of Ministers announced. (EURACTIV.rs  betabriefing.com)