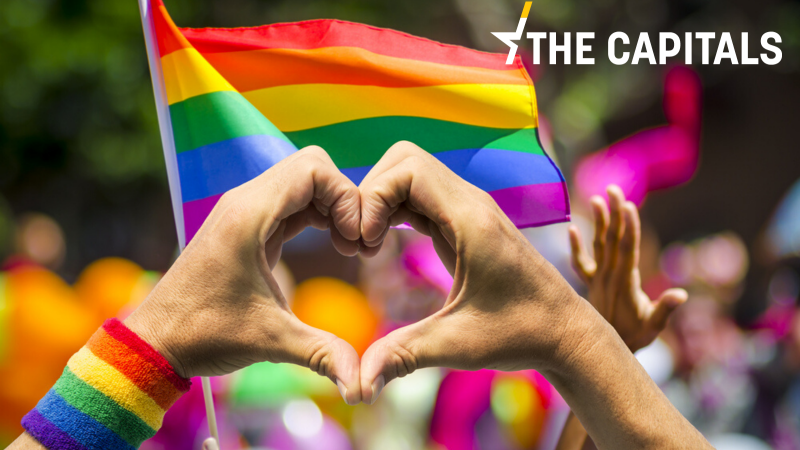 Before you start reading today’s edition of the Capitals, make sure you tune in to this week’s Special Podcast coming straight from EURACTIV’s agri-food hub. The team spoke to a range of stakeholders and policymakers to hear their reactions to the presentation of the highly anticipated Farm to Fork strategy which was finally presented on 20 May.

Now that many European countries have started lifting lockdown measures and opening borders, make sure you stay up to date with EURACTIV’s comprehensive overview, which is regularly updated with the help of our network of offices and media partners. Also, check our country update pages, such as the one for Croatia and the UK.

BUDAPEST. President Ader Janos has signed a law that bars citizens from legally changing their gender, in a move decried by critics as violating trans rights. The law changes “sex” to “sex at birth” on birth certificates – reversing a policy that has allowed legal gender recognition of trans people by banning amendment of the initial entry. EURACTIV’s Vlagyiszlav Makszimov looks at how some NGOs reacted.

Number crunching on expanded Just Transition Fund continues. The European Commission revealed on Thursday (28 May) how individual EU members stand to gain from the newly-fortified €40bn Just Transition Fund. Talks are still ongoing on widening the scope of the fund to more regions that might need green aid. Sam Morgan has more.

Interview with Thierry Breton: Europe could have been better prepared to face the COVID-19 pandemic if China and the World Health Organisation had offered “better and more reliable information earlier”, the EU Commissioner for Internal Market, Thierry Breton, told EURACTIV.com in an interview.

Seehofer claims no wrongdoing in committee inquiry. In his testimony before the committee investigating responsibility for the ‘toll debacle,’ which could cost German taxpayers several hundred hundreds of millions of euros, Interior Minister Horst Seehofer claimed he was unaware of any personal wrongdoing. Seehofer has also said that he is still in favour of instituting the controversial road toll, which would only apply to foreigners. Read the latest from Philipp Grüll.

Meanwhile, the Bundestag has reached an agreement on further aid to combat the impacts of the coronavirus. This includes more funding to ease the financial burden on restaurants and families in particular. Working parents who have to look after their children will be entitled to 20 weeks worth of wage compensation, and the VAT on restaurant meals has been lowered from 19% to 7%. (Sarah Lawton | EURACTIV.de)

Deconfinement going well in France. French Prime Minister Edouard Philippe announced a series of measures to ease the containment in France as 2 June. Beaches, parks and lakes will open, and businesses will start operating in most of the country but cinemas, stadiums, sports clubs and discotheques will remain closed until 21 June. For travel, the French will have to wait for the EU’s green light after 15 June.

“Freedom will become the rule and prohibition the exception”, he said, adding that “the results are good in terms of health even if we remain cautious, even if we cannot run the risk of flippancy, the news is rather good,” said the PM. (EURACTIV.FR)

Hotels and restaurants stay closed until 8 June. The Belgian government is working on plans to reopen the hotel, restaurant and café sectors, but there will be no openings before the 8 June, according to economy minister Nathalie Muylle. A decision could be taken at the next National Security Council meeting on 3 June. Meanwhile, most restaurant and café operators (85%) expect to attract nearly 50% fewer customers when they reopen, according to a survey by the University of Gent. (Alexandra Brzozowski | EURACTIV.com)

Johnson’s aide set to survive lockdown breach row. Dominic Cummings, chief political advisor to Prime Minister Boris Johnson is set to survive a damaging row over whether he broke the government’s lockdown rules to drive 400 kilometres to stay in a property on his parents’ farm where he and his wife and son self-isolated while suffering coronavirus symptoms. EURACTIV’s Benjamin Fox finds out why.

By the end of June, it should have 40 destinations on its programme, which amounts to 5% of its pre-crisis catalogue. The flag carrier is expecting to operate long-distance flights by July, said AUA-CCO Andreas Otto in a statement. (Philipp Grüll | EURACTIV.de)

Finland prefers loans to grants. Finland’s reaction to the EU’s €750 billion recovery fund saw few surprises. The government will present a formal opinion by next week. EURACTIV’s Pekka Vänttinen takes a closer look at how have Finnish politicians reacted.

>> Also read here how member states across the EU have reacted to the Commission’s Recovery Fund proposal.

385,000 more unemployed. 2.2% of Italy’s total workforce, which corresponds to 385,000 people, have lost their job due to the country’s lockdown measures, the Italian National Institute of Statistics (Istat) estimated. While the tourist industry and particularly restaurants and hotels have suffered the most during the pandemic, the commerce, logistics and transport sectors were also heavily impacted. Read more.

Canary Islands hope to revive tourist industry. When the Spanish government put the country on lockdown in March to contain the spread of the coronavirus, tourism in the Canary Islands quickly disappeared despite being one of the least-affected Spanish regions in terms of COVID-19 infections.

Now the Canaries hope to restart their main industry as soon as possible while guaranteeing the safety of visitors. Read EFE’s story, here.

Sporting football club trial ends. The trial of the Sporting football club academy attacks in Alcochete ended on Thursday (28 May) with nine prison sentences, 28 suspended sentences, four fines and three acquittals, including that of Bruno de Carvalho, a former president of the club. The judges presided by Silvia Pires agreed almost entirely with the public attorney’s requests and handed down maximum sentences of five years, suspended for defendants with no previous criminal record and effective for defendants with a record.

On 11 March, in the final allegations, the prosecutor, Fernanda Matias, also requested the acquittal of Bruno de Carvalho, Nuno Mendes ‘Mustafá’ and Bruno Jacinto, who had been accused of ordering the attacks on 15 May 2018. (Alexandra Oliveira, Lusa.pt)

Russians hit at US Ambassador. Russia has reacted strongly to a recent statement made by the US Ambassador in Athens who said Russian President Vladimir Putin would be the “winner” of an escalation of Greece-Turkey tensions.

“The statements of the American ambassador in Athens in his interview with MEGA TV are nonsense,” the Russian embassy in Athens said in a statement. Read more.

Transport electrification. 1 out of 3 marketed new cars in 2030 should be electric, transport minister Costas Karamanlis has said. The conservative government in Athens is readying a number of initiatives with special focus on electric cars’ infrastructure.

Protesting ‘gypsy criminality’. hundreds of demonstrators gathered following a knife attack that left two dead in the capital last week despite a ban on public assemblies to protest against what they call “gypsy criminality”, local media reported. The protest’s organisers, the far-right Our Homeland Movement, had failed to obtain police authorisation but still went ahead with the protest. (Vlagyiszlav Makszimov | EURACTIV.com)

Categorical disagreement. Czech Prime Minister Andrej Babiš does not support the idea of EU common debt and strongly disagrees with the allocation key for the new recovery fund. “I categorically reject the idea that unemployment should play a strong role in this scheme,” the PM said, adding that “countries that managed to keep low unemployment even in hard times must not be sanctioned.”

Besides, while the current proposal is based on GDP, Babiš hopes it will be based on gross national income (GNI). (Aneta Zachová | EURACTIV.cz)

The government appears reluctant to let go. However, very few new cases have been detected with most people returning from abroad and going into quarantine. (Zuzana Gabrižová | EURACTIV.sk)

Restrictions lifted as of June. The Romanian government decided on Thursday (28 May) evening to lift a new batch of restrictions as of 1 June.

Sports competitions will resume but without spectators, while cultural events, shows and concerts can also be organised as long as they are outdoors, with a maximum of 500 people in attendance. Attendees will also have to be seated, two metres apart and wearing masks. As people will be able to freely travel between localities, outdoor terraces and beaches may also be opened as of 1 June, but social distancing measures are to be applied.

In other news, the European Parliament will debate and vote on a resolution regarding the seasonal workers’ situation in its June plenary, Renew Europe’s leader, Dacian Cioloș, has said. Various cases of Romanian seasonal workers living in improper conditions in Germany and the Netherlands, especially during the pandemic, were reported by the media.

“There is a need for more clear legislation in the EU regarding the seasonal workers’ contracts, social rights and the conditions in which they work both in agriculture and constructions, tourism or social care,” Cioloș said. The Romanian MEP said the recent problems encountered by Romanians in Germany revealed a long-standing problem which had not been addressed by the EU for years – the lack of common standards regarding seasonal work, which leaves the door open for arbitrary application of rules and even abuse. (EURACTIV.ro)

Arrests for hazardous waste. Deputy Environment and Water Minister Krassimir Zhivkov and five other people have been arrested following allegations of processing hazardous waste and illegally importing waste from Italy.

The prosecutor’s office has opened a criminal case in which it is investigating the Bobokovi brothers, two of the country’s wealthiest businessmen. The two, with businesses active in Bulgaria, Ukraine, Romania, Turkey and Uzbekistan are active in the production of automotive oils and batteries. (Krassen Nikolov | EURACTIV.bg)

MEP Fajon takes over Social Democrats. MEP Tanja Fajon will lead Slovenia’s Social Democrats until the next party Congress, SD leadership agreed on Thursday (28 May) after Dejan Židan resigned as party president this week. Neither Židan nor the party gave detailed reasons for his resignation.

Among her priorities, Fajon stressed strengthening cooperation in the centre-left camp, which is currently the opposition to Janez Jansa’s conservative government.

In other news, lockdown restrictions will be further eased from next Monday (1 June). Primary schools, hotels, gyms and spas will fully reopen next week, while masks will no longer be mandatory in closed public spaces. (Zoran Radosavljević | EURACTIV.com)

President reluctant to participate in elections. Croatian President Zoran Milanović faces a backlash from the government and the opposition after saying he is not sure whether to participate in the parliamentary elections scheduled for 5 July.  According to his constitutional duties, the president is supposed to remain impartial, forcing him to withdraw his party membership of the Social Democratic Party at the beginning of his term.

However, after facing a backlash for promoting non-participation, he doubled down on his statements calling for Croats to go to the polls. EURACTIV Croatia’s Tea Trubić Macan digs deeper.

Boycotting elections is no solution, says US Special Rep. Palmer. The conditions for parliamentary elections in Serbia are not ideal, especially when it comes to the media situation, but boycotting them is not a solution, the US Special Representative fro the Western Balkans and Assistant Secretary of State Matthew Palmer told Voice of America on the evening of Wednesday (27 May) in an interview. EURACTIV Serbia looks into it.