Hungary no longer a democracy, US report says 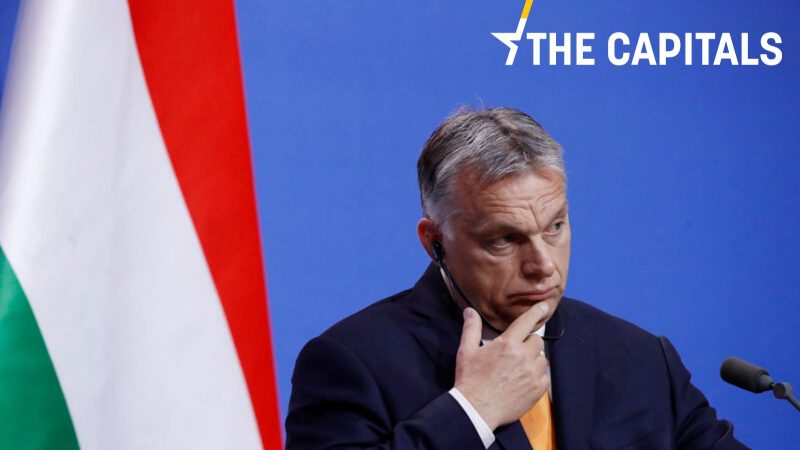 Before you start reading today’s edition, feel free to have a look at the article entitled “EU and Western Balkan leaders reaffirm ties in veiled response to China, Russia“, written by EURACTIV’s reporters Alexandra Brzozowski and Vlagyiszlav Makszimov.

Also have a look at this OpEd, written exclusively for EURACTIV by Elisa Ferreira, the European Commissioner for Cohesion and Reforms.

No longer a democracy. Hungary has become the first EU member state to leave the club of democracies, according to the US-based NGO Freedom House. The country “experienced the largest drop ever recorded in the Nations in Transit” report, as it was downgraded from a semi-consolidated democracy to a hybrid regime this year.

“Prime Minister Viktor Orbán’s government in Hungary has … dropped any pretence of respecting democratic institutions,” the report states. After being one of the three democratic frontrunners as of 2005, “in 2020 it became the first country to descend by two regime categories and leave the group of democracies entirely,” the report states. It points to new areas of public life that came under attack in 2019, including education and the arts.

Germany relaxes restrictions, but with an emergency brake. After another meeting between the federal government and states on Wednesday (6 May), Germany will lift more of its COVID-19 restrictions. While all stores will be allowed to re-open and members of one household may now meet members of another in public after only being able to go out with members of their household, protective face masks remain obligatory in shops and on public transport. Also, the Bundesliga will restart in the second half of May.

However, key to the country’s plan is an emergency mechanism, which automatically reinstates restrictions in a locality if the number of new infections exceeds 50 per 100,000 people in seven days. Districts with an outbreak that has a clear and contained chain of infection, such as in hospitals or retirement homes, will be exempt from reinstating restrictions.

Learn more about Germany’s latest round of easing here.

French death toll almost equals Spain’s. The number of people who have died from a coronavirus infection in France increased by 278 to reach 25,809 on Wednesday (6 May), just 8 fewer than Spain, whose death toll is now 25,817, Reuters reported.

Belgium green-lights relaxing social distancing rules, opening of shops. While stores can open as planned next week Monday (11 May), some restrictions on social life will be relaxed sooner than initially expected, Belgium’s National Security Council (CNS) said, giving the green light to the second phase of deconfinement measures, known as 1B. Alexandra Brzozowski has all the details.

Border controls with Italy and Slovenia prolonged until 31 May. The country’s border controls implemented to curb the spread of coronavirus will remain in place until the end of the month despite being originally set to phase out today (7 May), the ministry of home affairs announced on Wednesday. Until then, a certificate confirming a negative COVID-19 test, which is no older than four days, will have to be presented at the border. (Philipp Grüll | EURACTIV.de)

Dutch PM presents lockdown roadmap for the next months. While the country’s COVID-19 measures have brought the virus under control, the Dutch government announced its strategy to gradually bring back economic activity and public life in a “1.5-metre society”.

From 11 May, people in the Netherlands will have to continue working from home, observe the 1.5-metre distance rule, and respect all hygiene rules and avoid crowds. At the press conference, Health Minister Hugo de Jonge and Prime Minister Mark Rutte also announced that certain contact professions such as hairdressers could start working again provided they respect the 1.5-metre rule, while adults will be allowed to practice no-contact outdoor sports, such as tennis and golf. Moreover, for phase 2 of the roadmap, which is set to start on 1 June, face masks and covers will be mandatory when using public transport.

Lockdown review. Ministers will review the UK’s coronavirus lockdown on Thursday, after Prime Minister Boris Johnson suggested that some rules could be eased from Monday (11 May). Johnson is expected to give a national address on Sunday to outline plans for the next stage of the lockdown, and is expected to slightly relax rules on exercise and social contact. It is understood that the government’s “stay at home, save lives” message could also be scrapped. (Benjamin Fox | EURACTIV.com)

Ukrainians are coming! A big sigh of relief was heard across the fields in Finland on Wednesday (6 May) when the news broke that Ukrainian seasonal workers are arriving to aid the country’s current labour shortage. EURACTIV’s Pekka Vänttinen has the story.

‘Let ’em in or I’m out.’ Agriculture Minister Teresa Bellanova has threatened to resign if the government does not regularise the stay of over 600,000 illegal migrants working on Italian farms. For her, those who oppose this regularisation should take responsibility for letting foodstuff rot in the fields, as these migrant labourers are needed to cope with harvesting. The farming sector and the Catholic church are crying out for these measures, while the opposition, led by anti-migrant party Lega, is firmly against it. (Gerardo Fortuna | EURACTIV.com)

At ‘forefront of reindustrialisation’ to weather coronavirus storm. Portugal’s strategy to overcome the economic crisis caused by the COVID-19 pandemic involves making the country a “powerful cluster of industrialisation in Europe”, Foreign Affairs Minister Augusto Santos Silva told MPs on Wednesday (6 May).

“The first axis [of the strategy] is that Portugal wants to be at the forefront of the reindustrialisation of Europe and wants to put at the service of Europe its enormous industrial capacities,” the minister told a hearing of the committee for economy, innovation, public works and housing on Wednesday morning. Lusa.pt’s Patrícia Cunha and Ana Matos Neves report.

Poland is accused of waging a war against the judiciary by Law and Justice and of trying to “turn it into a flexible political tool” and taking over the Constitutional Tribunal. The assessment of the independence of the judiciary fell by 0.25 points compared to last year’s score (now 3.5 points out of 7).  (Łukasz Gadzała | EURACTIV.pl)

Immunity level: very low. A collective immunity study conducted by the Czech Health Ministry shows that the number of unreported coronavirus cases in the Czech Republic is low as well as the level of immunisation. Blanket testing took place at the end of April on 27.000 participants, of whom only 107 had antibodies to COVID-19. “We no longer have a general problem of rising numbers of positively tested patients in the Czech Republic, but we have local epicentres,” said Health Minister Adam Vojtěch who presented the study results on Wednesday.

On Wednesday (6 May), Bulgarian authorities allowed travelling between cities, the opening of restaurants and cafe’s gardens, and made the wearing of masks in open spaces no longer obligatory. “We are a few steps ahead of all other European countries. What they call a loosening of measures now we have had since the first day of the state of emergency – banks, offices, construction, shops – have not stopped working”, Borissov said.

Better prepared than for the 2008 financial crisis. Although Croatia’s economy is expected to fall by 9.1% because of the COVID-19 crisis, it is still better prepared than it was for the 2008 crisis and is expected to quickly recover in 2021, the European Commission wrote in its latest economic forecast published on Wednesday. Croatia is among the five EU member states where economic activity is expected to return to 2019 fourth-quarter level by the end of next year, European Commissioner for Economy, Paolo Gentiloni, said on Wednesday.

In other news, as many as 40% of all COVID-19 fatalities in Croatia, or 34 of 83, are residents of nursing homes whom the system failed to protect, daily newspaper Jutarnji list reported, adding that Social Policy Minister Vesna Bedekovic has been attempting to dodge responsibility for the tragedy in Split where 18 fatalities occurred. (Karla Junicic, EURACTIV.hr)

Three opposition parties call for ‘bike protests’. The LMS, SD and Levica have called for anti-government protests on wheels every Friday. LMS president and former PM Marjan Šarec said on Twitter that he expects quite a crowd at Republic Square, the biggest square in Ljubljana, the Vecer newspaper has reported. Prime Minister Janez Janša responded with a tweet saying: “Let it be known who is calling for a violation of the law on infectious diseases and thus endangering the health and lives of our people”. (Zoran Radosavljevic | EURACTIV.com)

Serbia expects to see GDP growth this year, says finance minister. Serbia’s Finance Minister Sinisa Mali told a press conference on Wednesday (6 May) that his country’s finances were stable, as it has been preparing for a worse global scenario than predicted, and that he even expects Serbia to post GDP growth this year. EURACTIV Serbia reports.

A gas pipeline to connect BIH and Croatia? The BH Gas company, which operates the gas pipeline network in Bosnia and Herzegovina, has prepared a preliminary design connecting that network to Croatia through the so-called Southern Interconnection, the company said in a press release on Wednesday (6 May).

The Southern Interconnection envisages the connecting of the gas supply pipelines between Croatia, Herzegovina and central Bosnia and would ensure diversification of Bosnia and Herzegovina’s gas provision, which currently depends on Russian gas supplies. Find out more about this story, here. (Željko Trkanjec | EURACTIV.hr)