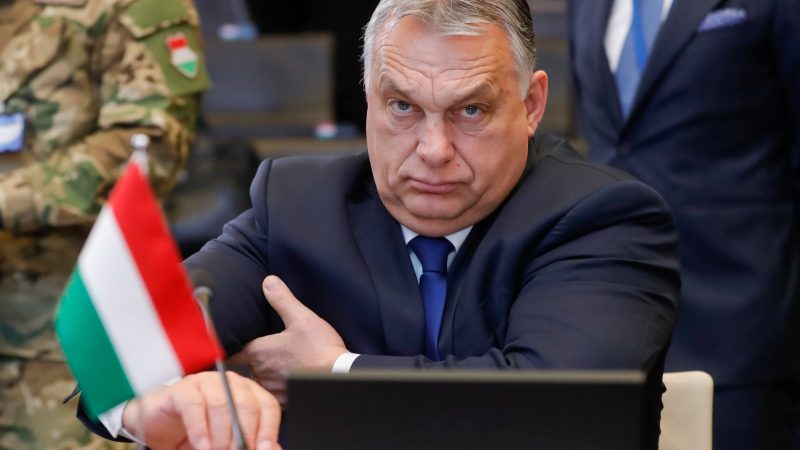 Hungary’s government will impose windfall taxes on banks and large private companies’ “extra profits” in a bid to rein in a swelling budget deficit, turning again to a policy that has helped Viktor Orban avoid raising taxes for families.

Prime Minister Orban announced on his Facebook page that banks and companies that make “extra profits” amid the difficult situation of war in Ukraine and surging prices would have to contribute to the costs of strengthening the army and financing caps on households’ energy bills.

The announcement came a day after Orban’s government attained special powers by declaring a state of emergency due to the war.

Orban added the windfall taxes will apply in 2022 and 2023. He said there would be a time limit for the levies, but some of his earlier special taxes have become a lasting part of the tax regime.

Nationalist Orban swept to power in 2010 and won a fourth consecutive term in elections last month with a landslide after a pre-election spending spree.

He said all details would come on Thursday.

“We will oblige banks, insurers, large retail chains, the energy industry and trading firms, telecoms companies and airlines to pay a large part of their extra profits into two-state funds,” Orban said. The two funds would finance the costs of energy price caps for households and the development of the army.

Orban stabilised the economy with a host of windfall taxes on banks, retail and energy firms after 2010, which helped reduce the deficit but eroded investor confidence.

A windfall tax is a one-off tax imposed by a government on a company or group of companies.

The idea is to target firms that were lucky enough to benefit from something they were not responsible for – in other words, a windfall.

The forint eased sharply to 394 versus the euro by 1710 GMT on Orban’s comments from around 389 before, while OTP Bank shares plunged 4.69% earlier on Wednesday.

Analysts said the energy bill caps and the army development fund were two huge items, amounting to over 1 trillion forints, and the devil would be in the details.

David Nemeth, an analyst at KH bank, said investors could prepare for special taxes and a budget adjustment, knowing that the government does not like burdening the population directly.

However, he said that if banks and companies pass some of the burdens onto customers by raising prices, people will still end up paying some of the prices of the taxes.

Faced with a surge in inflation, Orban had earlier imposed caps on prices of basic foods, fuels and mortgages.