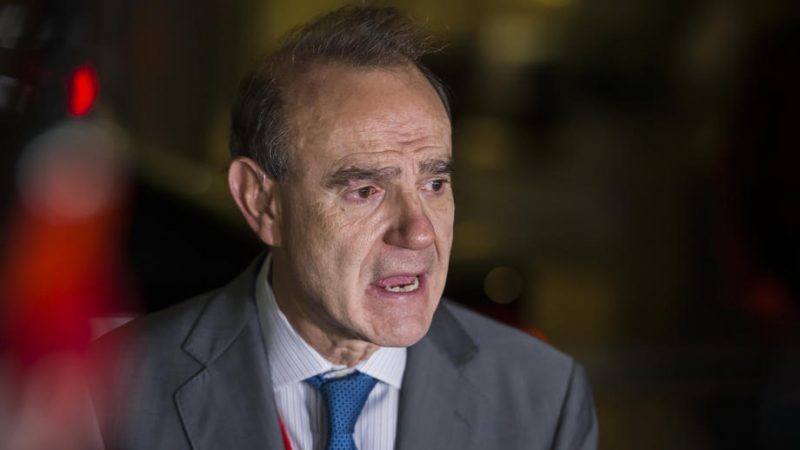 Iran and the United States must take a political decision within days to prevent the failure of indirect talks on reviving the 2015 nuclear deal after 11 months of negotiations rocked by a last-minute Russian demand of a sanctions exemption.

The European Union’s top envoy Enrique Mora, who coordinates the talks, tweeted: “Just to clarify. There are no longer ‘expert-level talks.’ Nor ‘formal meetings.’ It is time, in the next few days, for political decisions to end the #ViennaTalks. The rest is noise.”

Mora’s Twitter post followed the departure of Iran’s chief negotiator Ali Bagheri Kani on Monday for consultations in Tehran and a report in Iranian media that experts would further pursue talks in Vienna.

In Washington, White House press secretary Jen Psaki told reporters the United States and its allies are “getting closer” to a nuclear deal with Iran, but “important components” still need to be decided, she said without elaborating.

Should the talks collapse, it could carry the risk of Tehran getting within a short sprint of nuclear weapons and igniting a new war in the Middle East. It could also prompt the West to impose more harsh sanctions on Iran and further escalate world oil prices already strained by the Ukraine conflict.

Parties involved in the talks between Tehran and world powers in Vienna had said last week that a deal was expected to be reached within days.

European negotiators from France, Britain, and Germany had already temporarily left the talks as they believed they had gone as far as they could go, and it was now up to the two main protagonists to agree on outstanding issues, including the extent to which sanctions on Iran would be rolled back.

Over the weekend, Russian Foreign Minister Sergei Lavrov complicated matters when he said Moscow wanted a guarantee from the United States that its trade, investment and military-technical cooperation with Iran would not be hindered by sanctions imposed on Russia since it invaded Ukraine.

On Monday, Lavrov insisted on Moscow’s demand by telling Iranian Foreign Minister Hossein Amirabdollahian in a phone conversation that the revived nuclear deal should not allow for any discrimination between participants.

France on Monday warned Russia not to resort to blackmail over efforts to revive the deal.

Oil prices hit their highest since 2008 on Monday amid market supply fears as the United States and European allies considered banning Russian oil imports and prospects for a swift return of Iranian crude to global markets receded.

Diplomats have told Reuters that several issues still needed to be resolved in the talks to revive the nuclear pact, under which Tehran limited its nuclear programme in return for relief from U.S., European Union and U.N. sanctions.

“I think the new Russian demand is poised to delay progress further,” he said.

While Tehran said it would not allow “any foreign elements to undermine its national interests”, Iran’s top security official, Ali Shamkhani, called on Washington on Monday to make political decisions.

“Priority of Iranian negotiators is to resolve remaining issues that are considered (a) … red line. Rapid access to a strong deal requires new initiatives from all parties,” Shamkhani tweeted.

A European diplomat said: “The Russians are really trying it on, and the Iranians aren’t happy, although of course not saying too much publicly. We’re trying to find a way through.”

Russia’s concerns about the impact of Western sanctions on its dealings with Iran follow a push by senior Iranian officials for deeper ties since hardliner Ebrahim Raisi became president last year.

Iran’s top authority, Supreme Leader Ayatollah Ali Khamenei, has called for closer ties with Russia due to his deep mistrust of the United States.