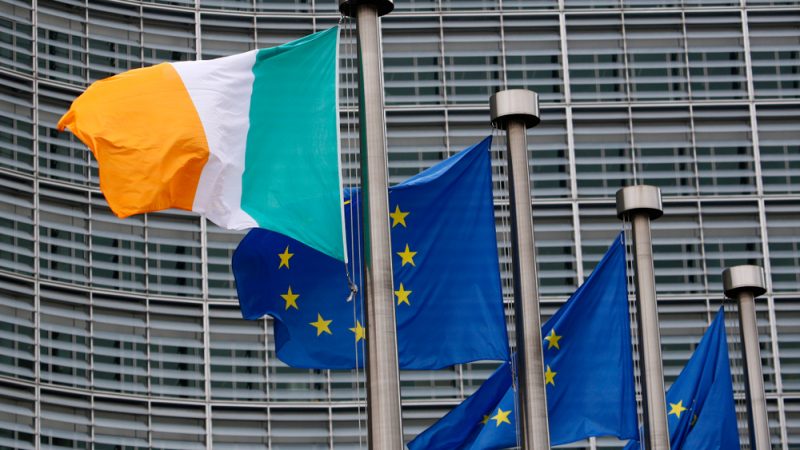 The Irish government confirmed on Friday (4 September) its two nominees for the empty spot at the European Commission: seasoned MEP Mairead McGuinness and former European Investment Bank Vice-President Andrew McDowell are officially in line for the post.

A little over a week after trade chief Phil Hogan resigned from the Commission amid the ‘GolfGate’ scandal, Dublin has made good on its pledge to quickly name candidates to replace the two-time Commissioner.

Mairead McGuinness, whose nomination was widely expected, is a vice-president of the European Parliament and has been an MEP since 2004. A former journalist, she has sat on numerous committees, including the agriculture, constitutional affairs and environment committees.

Andrew McDowell’s mandate at the EU bank expired last month, meaning the timing for the Irishman is perfect. He previously served as former Taoiseach Enda Kenny’s chief economic adviser between 2011 and 2016.

Current Irish foreign minister Simon Coveney had been tipped to be named but said he would only consider it if he could “add significant value” to the role and will remain in his current job. Former leader Leo Varadkar said earlier today that he “is glad” Coveney is staying in Dublin.

The foreign minister later tweeted that McGuinness and McDowell are “two great candidates for the job. Good luck to them.”

Commission President Ursula von der Leyen had asked the government to submit two names – one male, one female, for consideration, mirroring the request she made last year when assembling her team. Ireland is one of the few countries to honour her plea.

Von der Leyen confirmed on Friday afternoon that Irish Taoiseach Micheal Martin would nominate McGuinness and McDowell and that she will interview the two candidates early next week.

Focus now will be on which portfolio the successful candidate will be given. Neither McGuinness nor McDowell have any particular background in trade and it is quite possible that Ireland will lose the trade gig to another member state.

That could prompt a reshuffle and see current interim trade chief Valdis Dombrovskis hold on to the job and perhaps split his already sizeable economy portfolio or another candidate take the file and the new Irish Commissioner slot into their place.

Political loyalties will certainly play a part in the decision as von der Leyen’s EPP group will want to hold on to the trade dossier, hurting the chances of Belgium’s Dider Reynders (Renew), who has been tipped as an alternative candidate, of landing the position.

Austria’s Johannes Hahn, also part of the EPP group, could also be shifted from his budget portfolio – now that the most high profile part of the job is coming to a close with the MFF negotiations – and the winning candidate given the vacated dossier.

Manfred Weber, the EPP group’s leader, tweeted: “We welcome the candidates proposal from Ireland. The EPP Group insists that trade is a priority for us and we will safeguard the balance of responsibilities in College.”

The German MEP, who failed in his bid to be appointed Commission president last year, added that “we have a chance to achieve a gender balanced commission, under EPP leadership! Well done Mairead McGuinness!”

Von der Leyen’s pick will have to be signed off by the Council of the EU, in its role as a co-legislator, and also approved by the European Parliament. The committee most closely linked to the new Commissioner’s role will appraise their credentials in a hearing.