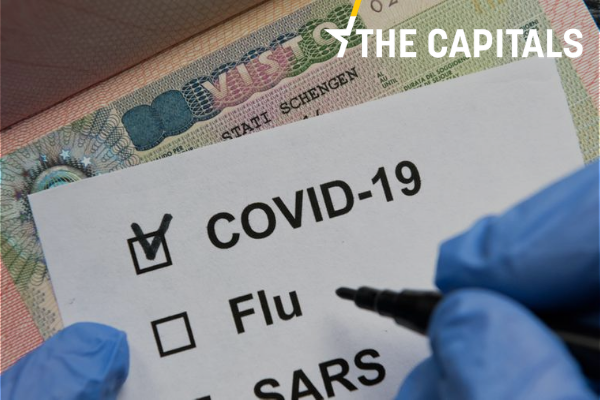 Before you start reading today’s edition of the Capitals, feel free to have a look at the article “EU health agenda: More than Corona” by Gerardo Fortuna.

Italy’s government is working on an agreement with Paris to impose COVID-19 testing on tourists and workers returning from France and is looking to do the same with Spain as cases are rising there too. As the agreement with Paris should provide for reciprocity, tests will be carried out at the border, both inbound and outbound.

“There is already a discussion with the French government initiated by Health Minister Roberto Speranza. The topic of reciprocity is being evaluated. Not only with France, as it is also being imagined with Spain. I believe that this could be a choice that protects people”, the undersecretary of the Ministry of Health, Sandra Zampa, told broadcaster RaiNews 24.  (Valentina Iorio | EURACTIV.it)

Right-wing extremists storm Reichstag at ‘corona protest’. Despite the city’s attempts to ban the event citing public health concerns, mass demonstrations against Germany’s coronavirus restrictions took place on Saturday (29 August) in Berlin. While the majority of protests were peaceful, violence broke out in front of the Russian Embassy and a group of protesters stormed the Reichstag building. EURACTIV Germany’s Sarah Lawton reports.

French officer suspected of espionage. A French soldier stationed at a NATO base in Naples, Italy, has been indicted and imprisoned for “intelligence with a foreign power that undermines the fundamental interests of the nation”.

The man who was arrested by France’s counter-espionage services is suspected of having provided Russia with confidential information. “What I can confirm is that a senior officer is under legal proceedings for breach of security,” Armed Forces Minister Florence Parly told Europe 1. (Anne Damiani | EURACTIV.FR)

Constitutional Service expresses doubts over new COVID-19 law. With Austrian Health Minister Rudolf Anschober preparing to meet the heads of the country’s political parties today (31 August) to discuss the changes to the COVID-19 law, the Constitutional Service in the Chancellor’s office expressed reservations about the changes to the legislation on Sunday (30 August), claiming that the law could still be unconstitutional. The opposition has also continued their sharp criticism. Read more.

No resignation in Chovanec case (yet). Flemish Minister-President Jan Jambon said in a press conference on Sunday he will not be resigning from his post after his reaction to video images showing the circumstances leading up to the death of Slovakian national Jozef Chovanec following police mistreatment drew criticism.
The comments came after current federal home affairs minister Pieter De Crem told a parliamentary committee on Wednesday (27 August) that Jambon, home affairs minister at the time of Chovanec’s death, was made aware days after it happened. Jambon, who claimed he had no knowledge of Chovanec’s treatment in custody, will appear before the same justice and home affairs committee on Tuesday (1 September). (Alexandra Brzozowski, EURACTIV.com)

Finland worried about the slow progress of Baltic Rail. While the new speed train connection linking Tallinn and Warsaw known as Baltic Rail is set to open for traffic in 2026, the project is progressing slowly. Many Finns are becoming increasingly frustrated as the promise of a quicker export route across the Gulf of Finland to Central Europe appears to be fading away. At the same time Sweden is improving its direct connections between Stockholm and Brussels. EURACTIV’s Pekka Vänttinen reports from Helsinki.

At a press conference, Spanish Health Minister Salvador Illa confirmed on Friday (28 August) that the vaccine was being developed by Janssen Pharmaceuticals and that 190 healthy volunteers between the ages of 18 and 55 years of age would take part. EURACTIV’s partner EFE has the story.

Turkey defies EU ultimatum, threatens with war. If Greece expands its maritime borders in the Aegean Sea, this will be a cause of war, Turkish foreign affairs minister Mevlüt Çavuşoğlu said on Saturday (29 August). Read the full story here.

Thirst for Justice. Hundreds of Czech, Poles and Germans gathered on Sunday (30 August) at a tripoint between their countries to demonstrate against a planned extension of the Polish coal mine Turów, which is located near the border.

Although People living in the nearby area have seen the quality of their drinking water diminish as a result of the local mining activities, the Polish government approved the extension of mining activities for the next six years. As the planned extension had not been communicated to the Czech authorities according to the government, the country is planning to bring the matter before the EU Court in Luxembourg.(Aneta Zachová | EURACTIV.cz)

In other news, Hungary will close its borders to foreigners from 1 September, while Hungarians returning from a foreign country must produce two negative COVID-19 tests, 48 hours apart, to be exempted from a mandatory 14-day quarantine. Hungary saw its largest spike in daily registered coronavirus cases as the country recorded 292 cases within 24 hours, koronavirus.gov.hu said on Sunday morning. (Željko Trkanjec | EURACTIV.hr)

No confidence vote. Romanian MPs will vote today on a censure motion filed by socialist party PSD against the centre-right government.

While the socialists want to install a technocratic prime minister in the event that the PNL loses its confidence vote, MPs from PNL and the Save Romania Union (part of RE) have said they would boycott the vote. Romania will hold general elections in a couple of months, while local elections are scheduled for 27 September. (Bogdan Neagu | EURACTIV.ro)

Still optimistic about the economy. While Croatia’s National Bank (HNB) said that the 15.1% GDP drop in the second quarter of 2020 was somewhat higher than expected, the country’s Economic Sentiment Indicator (ESI) saw a significant 7.7 point increase in August compared to July, reaching a total of 90.9 points.

Meanwhile, the European Central Bank (ECB) and the Croatian National Bank have agreed to extend a euro liquidity line by six months until the end of June 2021. The ECB and the HNB established a currency swap in April under which the HNB can borrow up to €2 billion from the ECB in exchange for Croatian kuna.

In other news, President Zoran Milanović has appointed an Energy Transition Council to deal with the transition to clean and sustainable energy and climate protection. (Željko Trkanjec | EURACTIV.hr)

Her party, the Democratic Party of Pensioners of Slovenia (DeSUS-RE), voted against her during last week’s party meeting, meaning it remains unclear whether she continues to be the party’s president. Snap elections are not to be expected as Prime Minister Janez Janša currently has sufficient room for manoeuvre, according to the Social Democrats (SD). (Željko Trkanjec | EURACTIV.hr)

11,000 persons sill missing after the wars. More than 70% of the estimated 40,000 persons reported missing at the end of the fighting in the Western Balkans have been accounted for, the International Commission on Missing Persons announced on the International Day of the Disappeared. However, the fate of about 11,000 people who disappeared in the 1990s, of which close to 2,000 are from Croatia, has not yet been established. (Željko Trkanjec | EURACTIV.hr)

Vucic might reject talks with Trump. Serbia received the official agenda for the upcoming meeting between Belgrade and Pristina in Washington, which included “one item that’s unacceptable,” Serbian President Aleksandar Vucic told Pink TV in an interview on Saturday (29 August). EURACTIV Serbia looks into it.

In other news, the 15th Bled Strategic Forum, which will be attended by President Vucic will take place today. This year’s forum, which will be joined by some via digital platforms, will discuss the challenges and opportunities in a post-COVID-19 world.

EU membership criteria is too high. Bosnia and Herzegovina’s (BiH) Council of Ministers Chairman Zoran Tegeltija says that the EU had set the criteria too high for BiH to become a candidate for EU membership. However, Tegeltija admitted that the main problem was internal. “A lot of that is up to us because we have not resolved some important issues that are much more important to us than the EU,” he said. (Željko Trkanjec | EURACTIV.hr)

Pyrrhic victory. After 29 years in power, Milo Đukanović’s party DPS did not obtain enough votes to form a government, even with its usual coalition partners.

Though turnout was high (75.9%), DPS only obtained 29 of 81 seats in parliament, and together with its coalition partners, Bosniak and Albanian minority lists, and two social-democrat parties (SD and SDP), can only count on a total of 39. By comparison, “For future of Montenegro” obtained 28 seats and on the opposition, coalition “Peace is our nation” got 10 mandates, and URA four, making URA the kingmakers. EURACTIV Croatia’s Željko Trkanjec has more.

Apple puts Kosovo on its map. Apple Maps has decided to mark Kosovo’s name on the map and recognise its border with Serbia. This comes after an online petition on change.org asking Apple to put independent Kosovo on its maps during the summer gathered support from close to 200,000 people and was later backed by two pop divas from Kosovo, Dua Lipa and Rita Ora. (Željko Trkanjec | EURACTIV.hr)