Italy slashes number of politicians by a third 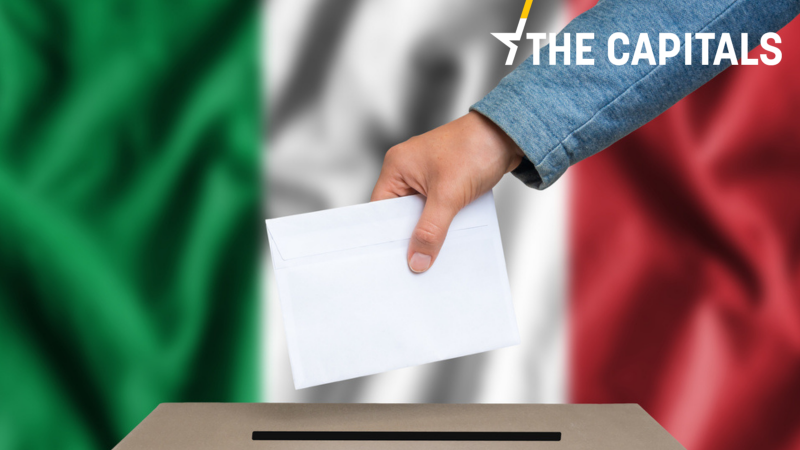 Before you start reading today’s edition of the Capitals, feel free to have a look at the article “Germany revives hopes for EU-Mercosur deal“.

A constitutional amendment to reduce the number of parliamentarians from 630 to 400 in the Chamber of Deputies and from 315 to 200 in the Senate was comfortably approved on Monday (21 September). Find out more here.

Bavaria to impose stricter COVID-19 rules. Bavaria’s cabinet is expected to implement stricter coronavirus restrictions in the state today (22 September) for areas where there are more than 50 infections per 100,000 people over the course of seven days, State leader Markus Söder (CSU) announced Monday. In these high-infection areas, masks will be required in crowded public areas, and there will also be a ban on alcohol. Read more.

Ambassador to Côte d’Ivoire accused of sexual assault. Gilles Huberson has been recalled to Paris as part of an “ongoing administrative investigation”, the Ministry of Foreign Affairs has announced. According to Mediapart, at least five women accuse him  of “sexual and gender-based violence”. He responded through his lawyer, who denounced “false testimony” and “cabals”. The testimony against Huberson relates to acts committed in Côte d’Ivoire and Mali, where he was ambassador from 2013 to 2016. (Anne Damiani | EURACTIV.fr)

King refuses resignation. Belgium’s King Philip has refused to accept the resignation of Egbert Lachaert (Open VLD) and Conner Rousseau (SP.A), after the two offered to step away after unsuccessful negotiations between seven parties (socialists PS and sp.a, liberals MR and Open Vld, greens Ecolo and Groen, and Christian democrats CD&V) to form a new federal government coalition. Both have been given two more days to present results on Wednesday (23 September). (Alexandra Brzozowski, EURACTIV.com)
///

While Austria’s minister had criticised Brussels for misunderstanding the severity of the crisis, Selmayr noted that the necessary changes to the proposal could have been made within a matter of hours. (Philipp Grüll | EURACTIV.de)

Money laundering suspicions cast shadow over state-owned mining company. A huge information leak of some 2,500 documents to the US authorities by several international banks on Sunday (20 September) revealed that Singapore-based commodities giant Trafigura is suspected of wide-spread money laundering and corruption.

As Finland’s government decided in 2017 to share ownership of Finnish nickel producing company Terrafame with Trafigura and confirmed, at the time, that Trafigura’s operations and credibility had been thoroughly examined by external consultants, the reveal is embarrassing for the authorities, politicians and Terraframe. Read more.

Irish Privacy Crisis. The Irish Council for Civil Liberties submitted huge volumes of evidence on Monday to the Irish Data Protection Commissioner, highlighting the failure of the authority to stop real-time bidding privacy breaches at the heart of the online advertising industry.

Real-time bidding refers to the trade of online ads in real-time auctions that take place during the time it takes a webpage to load. Senior Fellow for the ICCL’s Information Rights Programme, Johnny Ryan, first submitted a complaint to the Irish DPC over GDPR violations related to real-time bidding in September 2018. (Samuel Stolton | EURACTIV.com)

COVID-19 protesters call out ‘discriminatory’ measures. Thousands of residents from South Madrid’s neighbourhoods took to the streets over the weekend, protesting against the “discriminatory” nature of new coronavirus restrictions. Madrid’s regional government was  also criticised for “marginalizing” the “poor” south of Spain’s capital.

Those living in the six districts of the Spanish capital and another seven municipalities in the area – which would gather close to 1 million people – were not allowed as of Monday to leave these zones, unless they were to travel for work or other essential activities. However, those areas are home to 13% of the capital’s population and a quarter of the city’s infections. More.

The aim is to ensure care of non-COVID-related patients, including the continuing surveillance of chronic patients, cancer screenings or other essential responses. Read more.

Athens: a new Bergamo? The sharp increase of COVID-19 cases has raised eyebrows in Greece with scientists and media talking about the danger of Athens becoming a “new Bergamo”. Hospitals in Athens currently have 99 intensive care units, 62 non-COVID and 37 for COVID cases. The Greek government is mulling additional measures in Athens to avoid a general lockdown. More.

First visit in Cyprus. Greek President Katerina Sakellaropoulou paid her first international visit in Cyprus, almost six months after she took the office. While Cyprus is the first country every new Greek president (or prime minister) visits, Sakellaropoulou’s visit this time took longer than expected. Many interpreted the timing of the visit as a clear message of Greece’s willingness ignore Cyprus as it demands sanctions on Turkey at the upcoming EU summit on 24 September. (Theodore Karaoulanis | EURACTIV.gr)

EU urged to sanction Lukashenko as struggle with Cyprus continues. Belarus opposition leader Svetlana Tikhanovskaya on Monday (21 September) urged the EU to show courage and impose sanctions on  longtime-strongman Alexander Lukashenko’s regime, as the bloc continues to face internal squabbles over sanctions ahead of a crucial foreign policy summit later this week. Read the full story.

Health minister resigns. Czech health minister Adam Vojtěch stepped down on Monday (21 September) after three years in office and was immediately replaced by epidemiologist Roman Prymula who led the country’s Central Crisis Staff in spring and had, prior to his nomination, suggested that a return to a state of emergency should be considered. Read more here.

Orbán: Westerners will come for the quality of life, not standard of living. Hungary should  prepare itself for Christians arriving in large numbers from Western Europe, said Prime Minister Viktor Orbán during the first autumn parliamentary session. According to him, this is ”not because of the standard of living […] but because of the quality of life, which is more than income, [and] includes migration, the chances for a Christian culture, public safety, a terror-free life and so on. Let’s get ready for it!,” 444 reported.(Vlagyiszlav Makszimov | EURACTIV.com)

Slovak candidates for the EU Courts. Slovakia’s Judicial Council has selected current Supreme Court judge Miroslav Gavalec to replace the Slovak judge at the European Court of Justice (ECJ) as of 2021. The Council also nominated Martina Janošíková, a former Constitutional Court Judge and former adviser to former ECJ judge Jan Mazák, to be appointed as an additional judge at the General Court.

Since 2016, Slovakia has been unsuccessful in sending suitable candidates to the General Court, as all four candidates sent since then did not make it past the selection panel. (Zuzana Gabrižová | EURACTIV.sk)

WARSAW
Government hanging by a thread. Poland’s ruling right-wing coalition looked to be close to failure on Monday (22 September), as a government spokesman said he could imagine the larger coalition party, Law and Justice (PiS), governing without one of its current partners, the ultra-conservative United Poland party of Justice Minister Zbigniew Ziobro. The PiS-led coalition would lose its parliamentary majority without United Poland, which has 17 seats. The coalition crisis came after simmering tensions spilled into open conflict when the junior members refused to support an animal rights bill.  (Alexandra Brzozowski, EURACTIV.com)
Read also: Poland rejects southern Europe’s push for mandatory relocation of migrants
///
ZAGREB
Government unhappy over judiciary leaks. The state anti-corruption bureau USKOK and the state prosecutor’s office are investigating leaks to media related to a corruption investigation in the Adriatic pipeline operator JANAF. “Police had been investigating and collecting evidence for almost a year, until they had enough to press charges. And there were no leaks whatsoever,” Interior Minister Davor Bozinovic said. “USKOK, the state prosecutor and police are investigating the leaks now”.
Police detained JANAF CEO Dragan Kovacevic and several other persons, including businessmen and two mayors, on 17 September, on suspicion of  influence peddling and bribery.

SOFIA
Simeon Saxe-Coburg-Gotha: It is time for change in Bulgaria. The former king of Bulgaria Simeon Saxe-Coburg-Gotha, who lives in his Vrana castle in the outskirts of Sofia and has avoided taking political sides for years, said on Monday that it was “time for change” in Bulgaria.
He made the comments against the background of popular protests against the prime minister Boyko Borissov continuing for 75 days in a row. Read more.
///
BUCHAREST
Pension hike in the spotlight. Romania’s Parliament will today vote on a controversial amendment to the budget law that, if adopted, will increase pensions by 40% despite a ballooning budget deficit. A law adopted by the socialist-controlled Parliament last year stated that the pensions will rise by 40% as of 1 September 2020. The centre-right government, installed in November 2019, changed the law, awarding only a 14% increase, citing budgetary pressures. But the socialist party (PSD) vowed to push for the 40% hike. Read more
///

Normalization of economic relations can’t solve everything. The document signed by Belgrade and Pristina in Washington can’t solve all the accumulated problems, but it does meet one of the key requirements for a better life, growth and stability in Serbia and Kosovo, the director of Belgrade’s Forum for Ethnic Relations, Dusan Janjić, said yesterday. More here.

In other news, a contract was signed yesterday (21 September) at Serbia’s construction, transport and infrastructure ministry, to produce the design and technical documentation for the reconstruction and modernisation of a section of the Belgrade-Bar railway, from Valjevo to the Montenegrin border.