Italian President Sergio Mattarella accepted Conte’s resignation and convened a first round of talks with parliamentary groups today (21 August) and tomorrow to try and find a way out of the political crisis.

A wide range of options are still available, including forming a new coalition without holding new elections or the organisation of a snap general election.

“The experience of this government stops here,” said Conte addressing the senators in the afternoon, laying the blame for the coming period of political instability squarely on far-right leader Matteo Salvini, who was sitting next to him during the whole speech.

According to Conte, the decision to trigger the crisis was irresponsible, while the timing of the break up – in the middle of summer and just before the drafting of the budget – was widely considered reckless.

Conte also enumerated a series of mischiefs from Salvini during the past 14 months of government. The list includes lack of clarity over Russian funds that Lega allegedly received, the misuse of religious symbols during Salvini’s rallies and a tendency to grab other ministers’ competences.

After Conte’s tirade, Salvini’s response wasn’t long coming: “I would do it all again,” he said, “because I am a free man and I’m not afraid of people’s judgement.”

The far-right leader insisted on the need to call fresh elections as the natural outcome of the political crisis, but he kept the door open for a resurrection of the coalition with the anti-establishment party Five Star Movement.

Later in the afternoon, as an ultimate olive branch to Di Maio’s party, Lega decided to withdraw the motion of no-confidence that the party put forward 10 days ago, which actually kicked off the crisis. 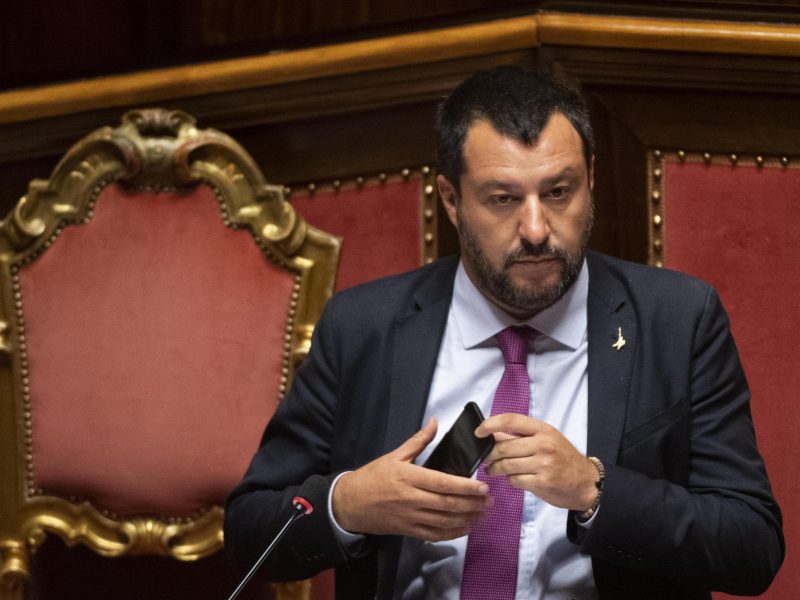 But Conte got even angrier by the last U-turn of his former ally. “If Lega does not have the courage now, I have it,” he told senators. “I take the full responsibility and I’ll go to the Quirinale hill [to resign],” he added, formalising the fall of the executive.

As an institutional custom, President Mattarella will not publicly release comments on the situation before having consulted all the parliamentary groups. But according to many political analysts, he wants to come up with a solution to the crisis before the end of this week, in order to avoid a prolonged period of uncertainty.

In his speech, Conte outlined the path that the forthcoming government should follow, a move perceived by many MPs and commentators as a bid to lead a new coalition.

If the resurrection of the current government – even without Salvini – seems unlikely during those two days of consultations, an agreement between centre-left Democratic Party (PD) and the anti-establishment Five Star Movement should not be taken for granted either.

From the Senate’s benches, former prime minister Matteo Renzi advocated a tie-up with Five Star to vote the budget and avoid an automatic hike in value-added tax (VAT), scheduled to enter into force in 2020.

Although Renzi currently holds no leadership position in the PD, he is still perceived as a prominent figure. However, his opening to Five Star is not fully shared by the whole party.

“In these months, Conte has been prime minister of a government that also included Salvini. If so many things he pointed out were true, why did he wait for today to report them?” said Nicola Zingaretti, the PD leader, in reply to Conte’s speech.

The PD’s leadership convened a meeting of the party’s National Board for Wednesday (21 August) in order to decide whether to start negotiations with the Five Star Movement.

Far-right and right-wing parties such as Lega, Fratelli d’Italia and Berlusconi’s Forza Italia ruled out any attempt to form a government with the current composition of the Parliament, preferring to go back to the polls.

The options on Mattarella’s table other than an agreement between PD and Five Star are, at the moment, organising snap elections in October or November or asking the parties to form a caretaker government with a shorter time-span that could vote on the budget and organise elections in 2020. 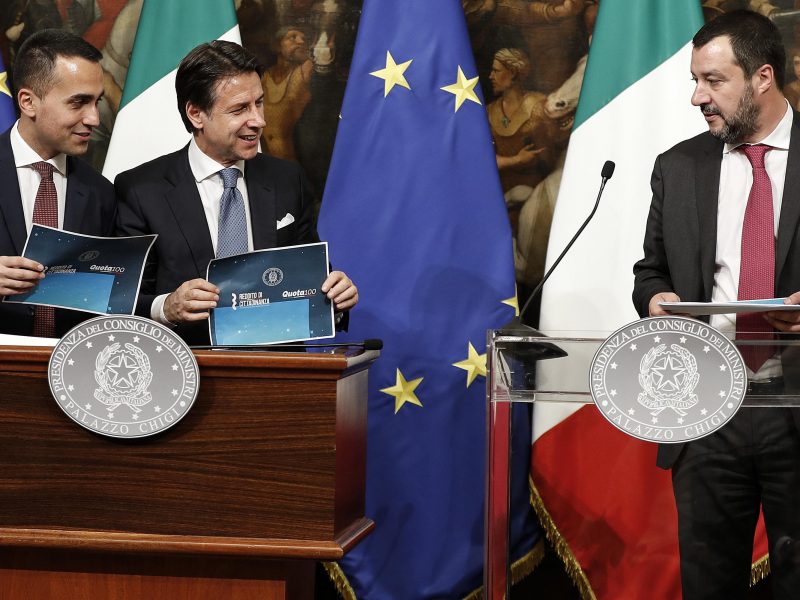 Prime Minister Giuseppe Conte will clear the air on the political crisis gripping his coalition as he is expected to announce his resignation today (20 August), opening a new period of political uncertainty for the eurozone’s third-largest economy.

The political crisis complicates Italy’s European agenda, as the outgoing government has not yet appointed the national Commissioner that will join von der Leyen’s team in November.

“The Council has asked member states to propose candidates for Commissioners by 26 August,” said a spokesperson of the EU executive, pointing out that, however, this deadline is not legally binding.

“But bear in mind that the European Parliament wants to hold the hearings in September and October,” the spokesperson added.

Conte will act as caretaker prime minister until a new government is formed, meaning that he will probably name Italy’s pick.

Conte himself was mentioned as a possible Commissioner if the deadlock persists, although his preference seems to get a role in the new government.

Italy had claimed a vice-presidency position in the new European Commission in exchange for backing von der Leyen’s candidature as Commission President. Rome also expressed an interest in the powerful competition and antitrust portfolio.

But it remains unclear if that agreement will actually be honoured, given the political turmoil in Rome.

Addressing the Senate, Conte admitted that because of Salvini’s move to bring down the government, Italy will appear weak in the negotiations for next Commission’s composition.