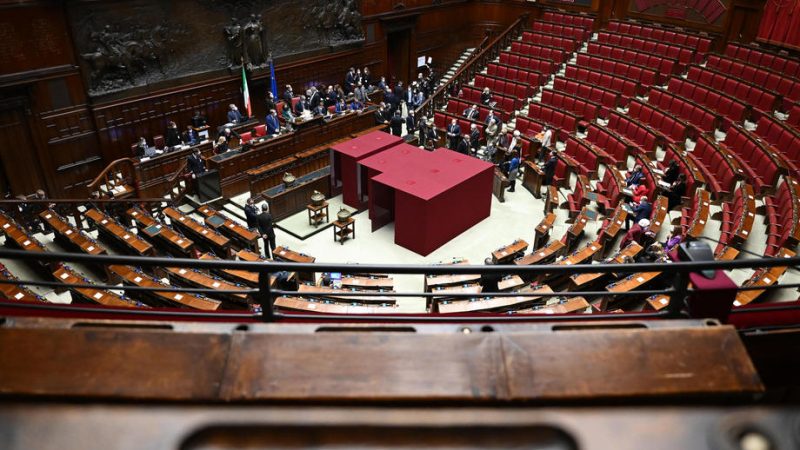 Italian main political parties are still to reach an agreement on a candidate for the presidential election. [EPA-EFE/ALESSANDRO DI MEO]

The Italian centre-right coalition has proposed their first shortlist of candidates for the presidential elections, keeping their best cards in their pocket as the political deadlock continues.

Italy’s main political parties are still to agree on a candidate to replace Sergio Mattarella in the Quirinal Palace, the seat of the Italian head of state with the first two days of voting ending with a great majority of blank ballots.

The centre-right coalition – represented by Salvini’s Lega, Meloni’s Fratelli d’Italia, and Berlusconi’s Forza Italia – can count on more votes in the elective assembly consisting of Italian lawmakers and delegates from regional administrations.

“It is a triad that we offer for discussion hoping that there are no vetoes,” Salvini said during a press conference.

However, many pointed out that these names are not strong enough for the post and considered their weakness as tactical manoeuvring in the ongoing talks with other parties.

As a long-standing habit in the presidential race, the first names proposed by the parties are considered as blanks in their guns, as the real picks are safeguarded until the fourth voting session that requires a lowered majority for the election.

Expectedly, these names have not been accepted by the centre-left parties led by Partito Democratico and the Five Star Movement.

These candidates are “a step forward, useful for dialogue,” but they do not allow for large and shared support, the parties’ leaders said after a centre-left summit.

“We reconfirm our desire to reach a shared solution on a super partes name, and for this reason, we are not proposing our own group of names,” they added.

The Lega’s leader Matteo Salvini also told the journalists that former European Parliament President Antonio Tajani and Senate President Maria Elisabetta Casellati were considered as candidates but were later dropped at the moment to “safeguard them.”

On Casellati, who was expected to be on the shortlist of names, Salvini said, “she is currently in office and already having the dignity and status for a possible candidacy.” 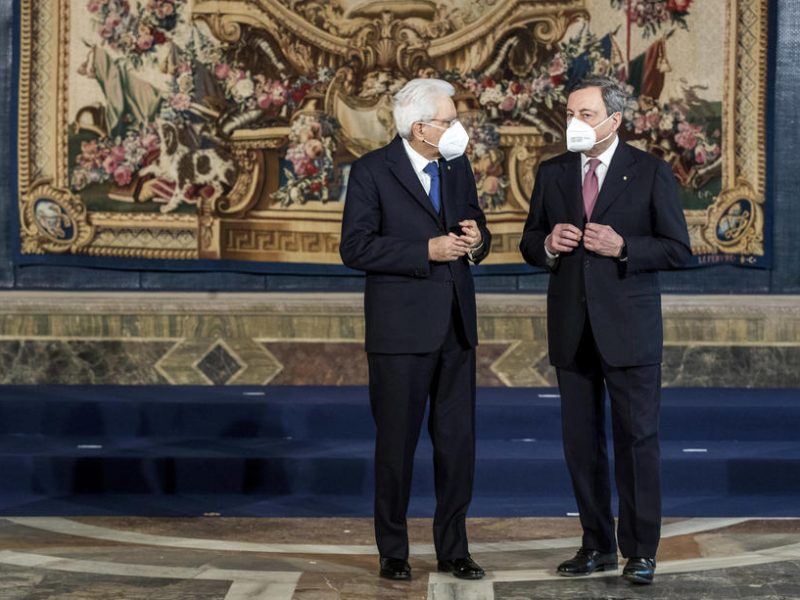 Lawmakers and delegates from regional administrations have gathered in Rome to elect Italy’s president of the next seven years, as Sergio Mattarella’s office is formally due to expire on 3 February.

The centre-right and centre-left delegations will meet on Wednesday (26 January) to find a compromise, but voting is likely to continue until the fourth round when the absolute majority – a minimum of 505 votes – will suffice to elect a president.

Meanwhile, more and more political leaders are turning down the idea of electing Mario Draghi, current prime minister, as the next Italian president.

While Draghi remains one of the most spoken-of contenders, his election could trigger political instability and lead the country to early elections, a possibility that political forces want to avoid while Italy is still recovering from the COVID pandemic.

“We have entrusted to the helmsman a ship that is still in a difficult situation, but there are no conditions to change, and the helmsman cannot leave,” said the leader of the Five Star Movement, Giuseppe Conte speaking to journalists.

Meanwhile, the European Commissioner for Budget and Administration Johannes Hahn said that maintaining stability in the country is in the interest of the European Union, ANSA reported.

“We see that there are many reassurances that the money [from the Recovery Fund] is well spent,” he said.

“I have no doubt that the more than one thousand big voters in charge are fully aware of the stakes,” he added.