‘Juncker started the fight with Orbán’ 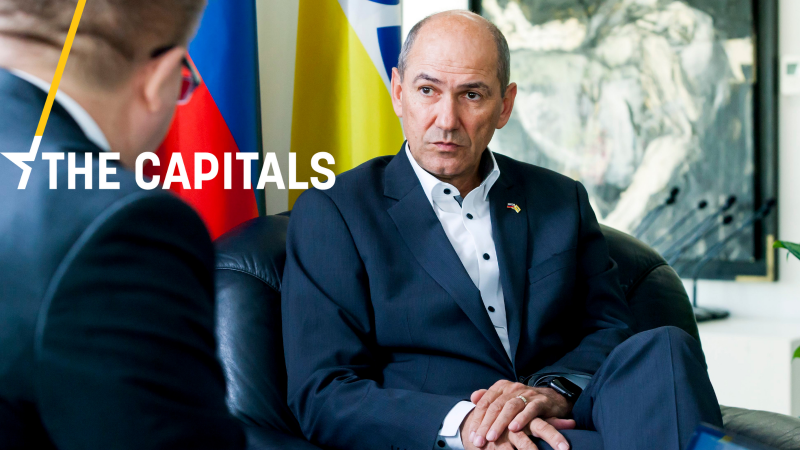 The Capitals is EURACTIV's daily newsletter from across Europe. [EURACTIV Croatia]

“If you read the European press, there is only talk of Orbán attacking Juncker. And in fact, Juncker was the one who started the conflict. As president of the Commission he should not, in my opinion, interfere in party politics,” said two-time prime minister Janez Janša, now an opposition leader.

Janša is a close ally of Orbán and their parties are both members of the European People’s Party (EPP), as is Juncker.

The EPP will decide on 20 March, at the request of 13 party members, whether or not to expel Orbán’s Fidesz party following an anti-EU campaign against Juncker. In a letter on Thursday (14 March), Orbán apologised for calling the 13 party members “useful idiots.”

SDS has already announced it would vote against the expulsion of Fidesz.

“Great political confederations such as EPP must be able to live with differences or otherwise it will not survive,” he said.

“I think the EPP needs the Christian Socialists from Luxembourg as well as Fidesz from Hungary because it is the only way to be strong and influential. It would be a great loss if the EPP disintegrated.”

He called French President Emmanuel Macron an “inflated balloon” but praised new CDU chief Annegret Kramp-Karrenbauer (EPP), saying that she had announced her EU vision, something that Angela Merkel never did.

UK wants Brexit delay: MPs in the House of Commons voted to support the option of delaying Brexit on Thursday evening, by 413 votes to 202.

It now remains unlikely that the UK will leave the EU on March 29, although any delay would have to be approved by EU member states.

Prime Minister May has suggested that the departure date could be set back by three months until June 30, on condition that MPs agree to back her deal when it goes to the vote for a third time next week.

However, Commission President Jean-Claude Juncker said on Monday the UK would be obliged to take part in the EU elections should their membership continue into the May voting period. (Samuel Stolton, EURACTIV.com)

Azeri gas: After 2020, Azeri gas will account for a third of the total gas consumption in Bulgaria, PM Boyko Borisov said after а meeting with the President of Azerbaijan Ilham Aliyev in Baku.

Borisov expects that the State Oil Company of the Azerbaijan Republic (SOCAR) will this year start investing in the Bulgarian gas distribution system with two objectives: clean air and competitiveness.

Drop in asylum seekers: In 2018 2,465 first-time asylum seekers applied for international protection in Bulgaria, a 29% decrease compared to 2017 (3,470), according to Eurostat. Afghan (43%), Iraqi (25%) and Syrian (20%) continue to be the main nationalities seeking asylum in Bulgaria. (EURACTIV’s partner Dnevnik.bg)

The number of people employed continues to rise, from 44.8 million last year to 45.2 million this year and 45.5 million the next. The unemployment rate is expected to fall from 5.2% to 4.9 to 4.7%, respectively. (Claire Stam, EURACTIV.de)

The great national debate ends: Today is the last day of the 10,600 meetings for the “Great National Debate” organised by the French government and the Elysée. Emmanuel Macron has joined 11 meetings to try to convince people about his policies as the Gilets Jaunes are still present in the streets. The results of the debate should be released by mid-April, but the president has already managed to win back a third of positive opinion among French people. (EURACTIV.fr)

New ‘Made in Italy’ label– Italy’s Vice-Premier Matteo Salvini presented a legislative proposal to safeguard Italian brands with over 50 years of history, by setting a list of ‘protected’ Made in Italy labels. The draft law also aims to avoid relocating production outside Italy. “If you want to sell products with an Italian label, you need to produce in Italy,” Salvini said. (Gerardo Fortuna, EURACTIV.com)

Rule of law and EU funds: Poland’s FM Jacek Czaputowicz has presented a review of the government’s foreign policy. He said that for the Polish economy, EU membership has been the platform which has facilitated “modernisation” but added, “the conditionality of EU funds based on the rule of law assessment is unacceptable”.

He also announced that on 1 May, 10 member states will meet in Warsaw to discuss the future of Europe. (Lukasz Gadzala, EURACTIV.pl)

Catalan trial: Josep Lluís Trapero, former head of the regional police of Catalonia (‘mossos’), gave an explosive testimony yesterday. Although he was considered instrumental to Carles Puigdemont’s separatist agenda, especially during the illegal referendum on 1 October 2017, he said the ‘mossos’ disagrees with the pro-independence leaders and urged them “to comply with the law”. (Jorge Valero, EURACTIV.com)

Kuciak was murdered at his home, together with his fiancée Martina Kušnírová. Kočner is already in custody for other charges. Kuciak wrote about Kočner´s fraudulent business and Kočner was recorded threatening Kuciak before the murder. (Zuzana Gabrižová, EURACTIV.sk)

A welcome decision: The European Court of Justice has rejected the Commission’s lawsuit against the Czech Republic in its ongoing dispute with Poland. The Commission sued Prague for not taking back 20,000 tonnes of a mixture exported to Poland that Poles labelled as hazardous waste, but Czechs claimed it was a fuel mixture. The Commission was unable to prove that Prague had violated the EU waste transport rules. (Ondřej Plevák, EURACTIV.cz)

Croatia the bridge between EU and Western Balkans: Dr Robert Klinke, ambassador of Germany to Croatia, has said that the EU pays great attention to the Western Balkans and Croatia has an important role to play. But he also warned that Croatia should act in Bosnia and Herzegovina in encouraging unity and rule of law at all levels.

Marijuana production: Davor Bernardić, leader of the opposition Social Democrats, has proposed the liberalisation of state-controlled marijuana production as a means to achieve growth. “It opens up space for us to become the EU leader in the fastest growing business, cannabis production,” Bernardić said. (Željko Trkanjec, EURACTIV.hr)

Education against drugs: Minister of Health Zlatibor Lončar has stated that in 2018, 3.9 tonnes of drugs were confiscated and 1,300 people were arrested for crimes related to narcotics. Lončar told the UN Commission for Narcotic Drugs in Vienna that Belgrade had established a Ministerial Commission for Prevention of the Use of Drugs in Schools, which organised educational workshops for more than 30,000 students and 5,500 teachers. (Julija Simić, Beta-EURACTIV.rs)