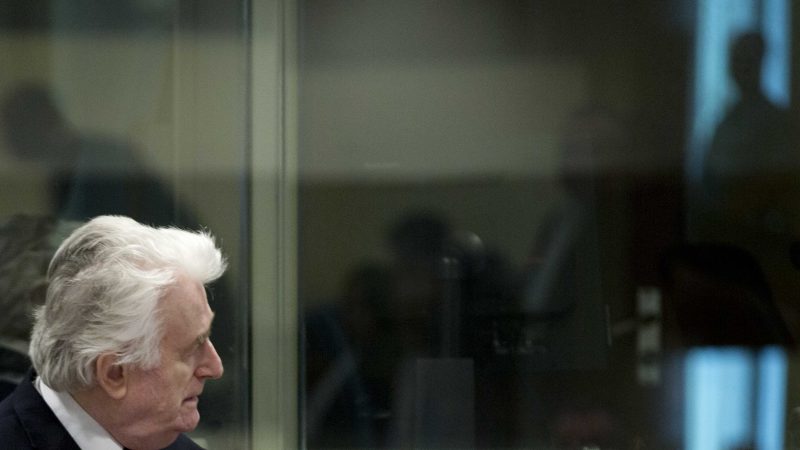 Former Bosnian Serb leader Radovan Karadzic will spend the rest of his life in jail for the “sheer scale and systematic cruelty” of his crimes in the war that tore his country apart a quarter of a century ago, judges at the UN war crimes tribunal said on Wednesday (20 March)

Karadzic, 73, stood motionless and grim-faced in the dock as judges in The Hague said they had upheld his 2016 convictions for genocide in the Srebrenica massacre and war crimes in the 1990s.

In one of the last remaining cases from the break-up of Yugoslavia, they also increased his original 40-year sentence, saying it did not reflect his role in the worst bloodshed in Europe since World War II.

Judges at the original trial “underestimated the extreme gravity of Karadzic’s responsibility for the gravest crimes committed during the period of conflict, noted for their sheer scale and systematic cruelty”, head judge Vagn Joensen said.

He was acquitted by …

The panel of appeals judges therefore “imposes a sentence of life imprisonment”, he said. Relatives of the victims had called for a life sentence.

“If he is not given a life sentence, the tribunal will have committed genocide against justice,” Munira Subasic of the Mothers of Srebrenica victims’ association told reporters ahead of the verdict, where a small group of relatives held banners and photos of the dead outside the tribunal.

Karadzic, who has been in detention for 11 years, was “calm” ahead of the verdict, the Belgrade daily Vecernje Novosti quoted his brother Luka as saying.

The paper also published several cryptic “aphorisms” written by Radovan Karadzic including one which said: “A man who swallows his honour for breakfast may have something for dinner.”

A former psychiatrist and amateur poet turned brutal political leader, Karadzic was arrested in 2008 in Belgrade after nearly 13 years on the run during which he posed as a new age healer called Dragan Dabic.

In 2016, Karadzic was found guilty on 10 counts including orchestrating a nearly four-year siege of the Bosnian capital Sarajevo, where more than 10,000 people died in a campaign of sniping and shelling, according to prosecutors.

He was also found guilty of genocide in Srebrenica, where Bosnian Serb troops slaughtered more than 8,000 Muslim men and boys in eastern Bosnia, which was supposed to be under UN protection, and buried their bodies in mass graves.

Prosecutors said Karadzic and others including his military alter-ego, former Bosnian Serb army commander Ratko Mladic, wanted to “permanently remove Muslims and Croats” from territory claimed by Bosnian Serbs at the time.

Bespectacled and with his trademark mane of white hair swept back from his face, Karadzic said nothing as the verdict was read out, but shortly afterwards looked to the public gallery and gave a small smile. 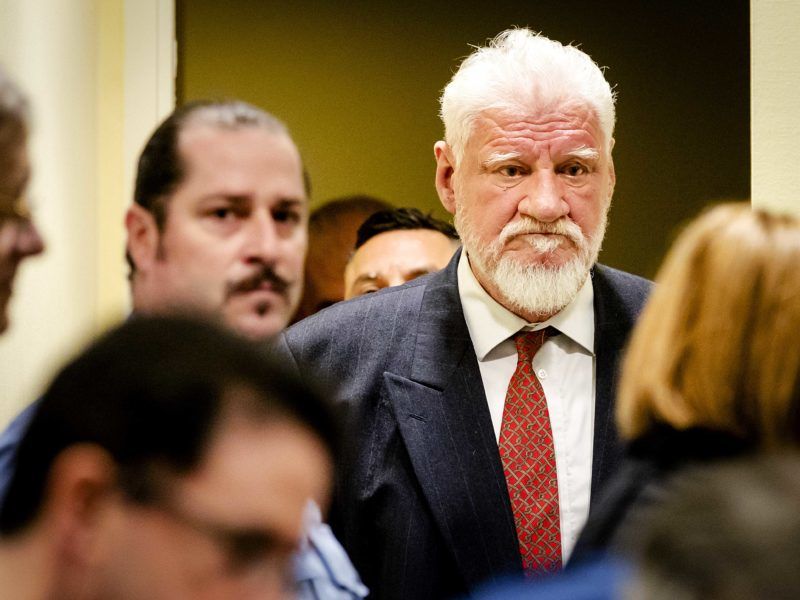 Appeals judges repeatedly dismissed Karadzic’s claims that he was not aware of orders by Bosnian Serb forces to eliminate Muslim men and boys in Srebrenica, and to indiscriminately target civilians in Sarajevo.

They rejected Karadzic’s claims that he did not know a military directive he drafted and signed on the fate of Srebrenica called for Bosnian Serb forces to create an “unbearable situation with no hope of further survival” for inhabitants.

Karadzic’s case still bitterly divides the country he helped drive to war, with widows of Srebrenica hoping he dies in prison even as Bosnian Serbs have honoured him with a university dorm in his name.

Families of the victims of Srebrenica were watching the verdict at the Women of Srebrenica association building in the town of Tuzla.

Hajrija Oric, 63, who arrived at the Srebrenica memorial centre to watch the verdict showed AFP photos on her mobile phone of her son 17-year-old son Elvir and husband Sahin who were both killed in the massacre.

Their remains were found years later and buried.

“My hope… is that (Karadzic) is sentenced to life,” she said ahead of the verdict.

“All I found was a handful of bones and head. I would give everything, I would give my eyes if I could bring them back but it cannot happen.”

The case also comes at a crucial time for international courts as they come under attack from quarters including the administration of US President Donald Trump, and reel from a series of mistrials.

Former Serbian president Slobodan Milosevic, Karadzic’s long-time patron during the war, was on trial in The Hague until his death in 2006.