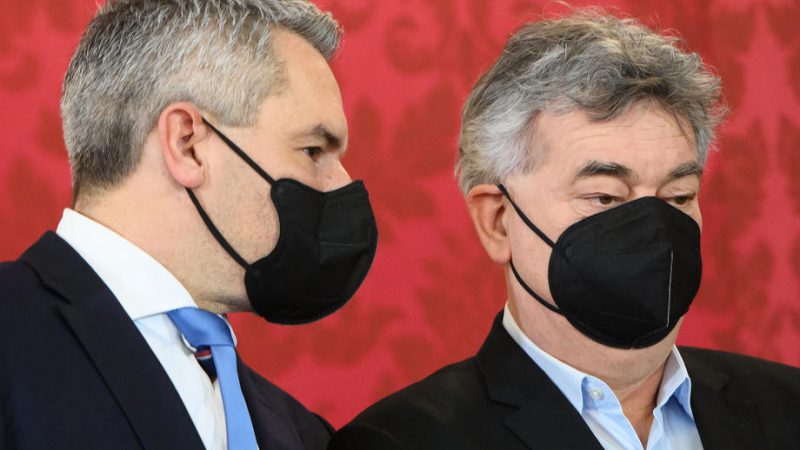 The new appointments that were also made to the ministries of finance, interior and foreign affairs, and education, have put an end not only to the allocation of posts in the People's Party, but also to the Kurz era, which has dominated political events in Austria since 2017. EPA-EFE/CHRISTIAN BRUNA [CHRISTIAN BRUNA/EPA]

The inauguration of Karl Nehammer as Austria’s new chancellor on Monday (6 December) marked the end of the era of Sebastian Kurz and set the course for a return to the traditional political structures of the conservative Austrian People’s Party (ÖVP). EURACTIV Germany reports.

The retirement from politics of former Chancellor Sebastian Kurz has triggered a political earthquake in the country. Now, it is the old guard in Kurz’s old party, the conservative ÖVP, that is again setting the tone.

Nehammer, who also took over from Kurz as party chairman mainly because of his good networking within the party, stressed at the inauguration on Monday that he wanted to carry out his duties with “great seriousness and respect”.

According to Laurenz Ennser-Jedenastik from the University of Vienna, the new chancellor is “a person from the heart of the party”.

With the new appointments that were also made to the ministries of finance, interior, foreign affairs, and education, this puts an end not only to the allocation of posts in the People’s Party but also to the Kurz era, which has dominated political events in Austria since 2017.

End of an era

Kurz took office in 2017 to renew the ÖVP, which at the time polled at a mere 18%. According to Kurz, the old, decentralised structures were among the main reasons for his party’s poor performance, which is why he secured far-reaching competencies in staffing matters and in questions of political direction.

At the time, Kurz placed political career changers and loyal companions on the ministerial benches.

The shift to the “new ÖVP” also came with a brand redesign. Kurz changed the colour with which the party was traditionally identified, and gave it the official turquoise at the federal level. Only the regional associations of the ÖVP retained the traditional black.

With Kurz’s departure, the old, more traditional structures are now re-emerging. The provinces, in particular, were able to “reassert their position of power”, Ennser-Jedenastik told EURACTIV, commenting that the party is in the process of “scraping the turquoise paint off the black car.” 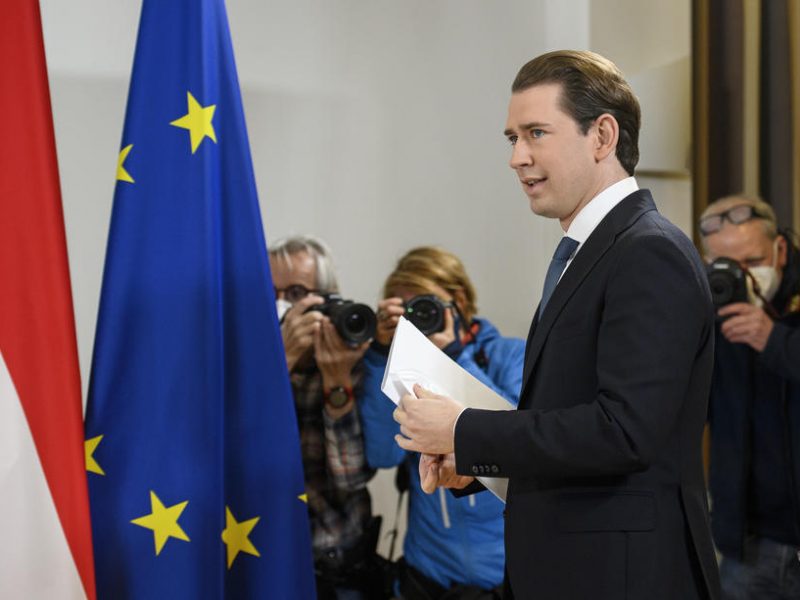 Back to the old

The balance of power has shifted again in favour of the regional party and the confederations, which traditionally set the tone in the ÖVP, because the ÖVP is a “very decentrally organised party”, Ennser-Jedenastik explained. This plays into the hands of Nehammer, who is well networked and anchored at the regional level.

This is also what sets Nehammer apart from Alexander Schallenberg, who for the past two months held the office of chancellor. Schallenberg had no domestic power in his own party and his chancellorship was the result of a compromise whereby Kurz retained the party chairmanship while Schallenberg took over the chancellorship.

But with Kurz stepping down from politics, the deal is no longer valid.

“The ÖVP has now returned to combining the party chairmanship and the federal chancellery in one person – which is actually customary in Austria. That is why Nehammer was also given preference,” Ennser-Jedenastik said.

The strengthening of the provincial associations is also reflected in the new allocation of posts because “in principle, the current government team is the product of a balance between the provinces and the associations”, Ennser-Jedenastik added.

​​Chancellor Kurz under investigation over bribery

In terms of content, however, the positioning of the ÖVP is unlikely to change much, including in the area of European policy. On fiscal policy and migration, too, there are no “divides of a substantive nature”, political scientist Ennser-Jedenastik also said.

“However, the focus in Austria will be strongly on domestic policy, so there won’t be much energy left for major European initiatives,” he added.

But a power shift is currently taking place within the ruling coalition of the ÖVP and the Greens.

The ÖVP has lost more than 10 percentage points since Kurz vacated the chancellorship and because the Greens emerged stronger from the government crisis and are currently polling slightly below their last election result, Ennser-Jedenastik pointed out that they now have a “significantly better negotiating position”.