Lenarcic: No ‘direct’ scenario for Schengen’s suspension due to coronavirus 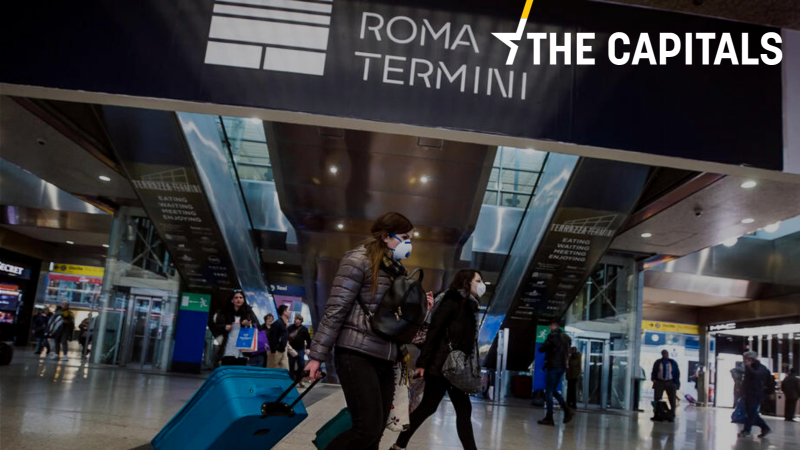 There is no direct scenario for Schengen’s suspension due to coronavirus, Crisis Management Commissioner Janez Lenarčič told EURACTIV.com.

“There are, however, various contingency plans that will need to be activated or have already been. Instead of Schengen suspension, the EU is rather focusing on supporting response and preparedness especially in its member states,” he emphasised, adding that now it’s the time for Europe to “act as a Union”.

Following the coronavirus outbreak that started in China and hit European soil with 229 cases in Italy resulting in six deaths, France decided to take preventive measures on Monday (24 February). In Rome, Prime Minister Giuseppe Conte mulls limiting the powers of regions’ governors while in Athens, the government has come up with ten different contingency plans.(EURACTIV.fr, Sarantis Michalopoulos, Gerardo Fortuna | EURACTIV.com)

Dozens injured after car drives into carnival crowd. A car drove into a carnival parade on Monday (24 February) afternoon in the small Hessian town of Volksmarsen near Kassel injuring dozens of carnival-goers, including children, but did not cause any fatalities, according to the police report. While the driver has been arrested, police are assuming he deliberately drove into the parade but have not released any more information about a potential motive.

In other news, the ruling conservative Christian Democratic Union (CDU) has announced it will bring forward the special party conference to 25 April to nominate their party leader, nearly eight months earlier than the original plan outlined by outgoing party leader Annegret Kramp-Karrenbauer. EURACTIV Germany’s Sarah Lawton looks into what prompted the move.

EU slams Aalst carnival parade. The European Commission slammed this year’s Aalst carnival parade for featuring anti-Semitic floats that it said were “incompatible” with EU values. “It should indeed be self-evident that such images as what we’ve seen should not parade European streets, 75 years after the Shoah,” a Commission spokesperson told reporters. Commission VP Margaritis Schinas called the Aalst carnival a “shame”, adding that there should be “no place for this in Europe.” (Alexandra Brzozowski | EURACTIV.com)

Leader of right-wing FPÖ involved in bribery case? Austria’s public prosecutor’s office for corruption intends to launch investigations into a possible bribery connected to the appointment of businessman Siegfried Stieglitz as head of the supervisory board of ASFINAG, a publicly owned corporation responsible for the construction and maintenance of highways, back when FPÖ leader Norbert Hofer was the country’s transport minister, according to media reports.

Prior to and after the appointment, Stieglitz donated a sum of €20.000 to the association “Austria in Motion” which is suspected to be an instrument for secretly funnelling money to the FPÖ without the audit court knowing. Although Hofer has denied any form of wrongdoing, his party has confirmed that the prosecutor had asked for his immunity to be lifted. (Philipp Grüll | EURACTIV.de)

More Swedes than ever. With Sweden’s population attaining 10,327 589 by the end of 2019, it has grown by one million in the last ten years, meaning it has now reached double digits.

While fertility rates have increased unlike in neighbouring Finland, roughly 73% of the country’s growth can be explained by increased migration, according to Statistics Sweden, especially as the country became a favoured destination for many refugees originating from the Middle East in 2016. And while Syrians have been the country’s largest migrant group since 2017 (a spot held by Finns for decades), women are now outnumbering men across the country. (Pekka Vänttinen | EURACTIV.com)

EU ambassadors meet to seal Brexit talks red lines. EU envoys met Monday (24 February) to try to finalise a mandate for chief negotiator Michel Barnier ahead of what promises to be stormy talks with Britain on its future relations with the bloc. Read more.

Sinn Féin ‘bullying’. Irish Taoiseach Leo Varadkar has hit out at Sinn Féin’s plans to hold a series of rallies around the country, calling them a “campaign of intimidation and bullying.” Over the next two weeks, Sinn Féin will hold a series of public meetings as a means to highlight their priorities for forming a new government.

Parties still remain at loggerheads with one another in terms of a potential coalition. But with Fine Gael and Fianna Fáil meeting this week for “explanatory discussions”, a potential agreement could be in the offing. (Samuel Stolton | EURACTIV.com)

A warning from Tusk. During his speech in Poland’s northeastern city of Białystok, former European Council President Donald Tusk warned against “the march of sleepwalkers”, saying that Poland may not want to intentionally exit the EU but is getting closer to doing so through its actions. Tusk also warned of the lack of European solidarity. “Our future depends on maintaining the principle of solidarity”, he added. (Łukasz Gadzała | EURACTIV.pl)

Meanwhile, Hungary is in talks on the issue of a three- to five-year “green bond” with investors in Japan and China, Finance Minister Mihály Varga said in an interview for mfor.hu, adding that “there is a stronger interest in Japan where several players have appeared as partners for an issue”.

Prime Minister Viktor Orbán has announced the launch of the green bond that will be used to finance climate-friendly programmes as part of a climate protection action plan unveiled during an annual state of the nation speech earlier in February. (Željko Trkanjec | EURACTIV.hr)

Friends of agriculture. Representatives of agricultural ministries of Central and Eastern European states gathered in Warsaw on Monday (24 February) to discuss the future of the Common Agricultural Policy (CAP).

“If we lay down new requirements we have to sufficiently motivate the farmers to meet them conscientiously,“ said Czech Agricultural Minister Miroslav Toman, ahead of the meeting. Knowing that bulky agricultural funds are among the Czech Republic’s top priorities regarding the 2021-2027 Multiannual Financial Framework (MFF), it is worth noting that Toman’s family owns Agrotrade company through which it controls one of the country’s biggest chicken producers. (Aneta Zachová | EURACTIV.cz)

Folklorists vs extremists. Personalities of Slovak folklore have launched an initiative called “Not in my costume” (Nie v mojom kroji) ahead of the 2020 election. The idea is to reject the country’s extremist and nationalistic political forces and their propaganda as they often abuse Slovak folk culture, clothes and symbols to further their portrayal of an external enemy to the nation. (Zuzana Gabrižová | EURACTIV.sk)

“As a presiding country, we will do our best to push the talks forward, but I know from experience that trade negotiations between the EU and third countries tend to not go smoothly. If we manage to reach a deal in ten months, it would be a monument to a new level of EU’s efficiency,” said Plenković. EURACTIV Croatia’s Tea Trubić Macan has the story.

Rule of law in danger. The rule of law is endangered by what has been “happening in the legislative, executive and judiciary in recent months”, Bulgarian lawyers have warned in a declaration, which they backed unanimously during their annual meeting over the weekend. Before the vote, they refused to hear the congratulatory address that Prosecutor-General Ivan Geshev had sent them. “We will remind whenever we should that where law ends, iniquity begins”, the declaration wrote. (Krassen Nikolov | EURACTIV.bg)

Accusations of money laundering against the PM. The Bulgarian prosecutor’s office will be requesting explanations from those mentioned in an article published by Spanish newspaper elPeriodico with the headline: “A money-laundering investigation leads to the Prime Minister of Bulgaria”, among which is Prime Minister Boyko Borissov.

The article states that the Catalan police and the Anti-Corruption Prosecutor’s Office are investigating Borissov for alleged involvement in money laundering and organised crime because of expensive property having been bought in Barcelona by two companies linked to a Bulgarian former model, who is said to have had a relationship with Borissov. The PM has denied any wrongdoing.

Elsewhere, a recent poll shows that SDS (EPP) has the most support with 18.2%. At the same time, LMŠ (RE), which broke the coalition, is losing ground with a drop from 17% to 13,2% compared to results from the previous poll, the country’s radical left party, Levica, is third with 7%. President Pahor will name the new prime minister on Wednesday (26 February) if he garners enough support by then. (Željko Trkanjec | EURACTIV.hr)

Acquiring Pantsir system a warning to ‘enemies’. Serbian Defence Minister Aleksandar Vulin said on Monday (24 February) that the acquisition of the Pantsir missile system sends out a message to both “friends and enemies” that it is “too costly” to use force when dealing with Serbia. EURACTIV Serbia has the story.

In other news, Serbia’s progress in its path towards EU accession does not correspond to its achievements, said Serbia’s Foreign Minister Ivica Dačić at the ministerial conference “From Thessaloniki 2003 to Zagreb 2020”, which took place on Monday (24 February) in Thessaloniki. “Serbia started negotiations with the EU in 2014, and has only opened half of the accession chapters and only two last year,” Dačić was quoted as saying.

Dačić said he expected a new enlargement methodology to be very clear and to accelerate the accession process “without affecting the quality of it, and with clear political support and visible results for the citizens.” “If not, I must note that the Serbian government will find it very difficult to resist the growth of Euroscepticism at home,” Dačić added.

The EU planning sanctions for Dodik, says an Austrian diplomat. Brussels is preparing new sanctions against the Serb representative in BiH’s presidency, said Austrian diplomat and former High Representative in the BiH, Wolfgang Petritsch, in an exclusive interview with Sarajevo daily Dnevni Avaz. EURACTIV Croatia’s Željko Trkanjec looks into what Pietrisch has to say.

We are under multiple attacks. Montenegro is facing multiple attacks, from inside and outside, through the open association of the church (Serbian Orthodox Church) with nationalistic activities aimed at destroying the legal order and denying the civic and multiethnic character of the Montenegrin state, said President Milo Đukanović.

Regarding the dispute with the church about the Religious Freedom Act, Đukanović has said that Montenegro is not living in the Middle Ages when the church was above the state. (Željko Trkanjec | EURACTIV.hr)

EBRD boosts retail sector in Kosovo. Consumers in Kosovo will benefit from the expansion of Viva Fresh, the country’s leading retailer, with the support of €10 million in financing provided by the EBRD. The funds will finance the roll-out of new stores domestically and in neighbouring North Macedonia, supporting the growth and development of a retail market in Kosovo and elsewhere in the Western Balkans.

The EBRD has invested over €395 million in Kosovo through 65 projects since it began operations in the country in 2012. (Željko Trkanjec | EURACTIV.hr)