Liberal Caputova to shake up Visegrad 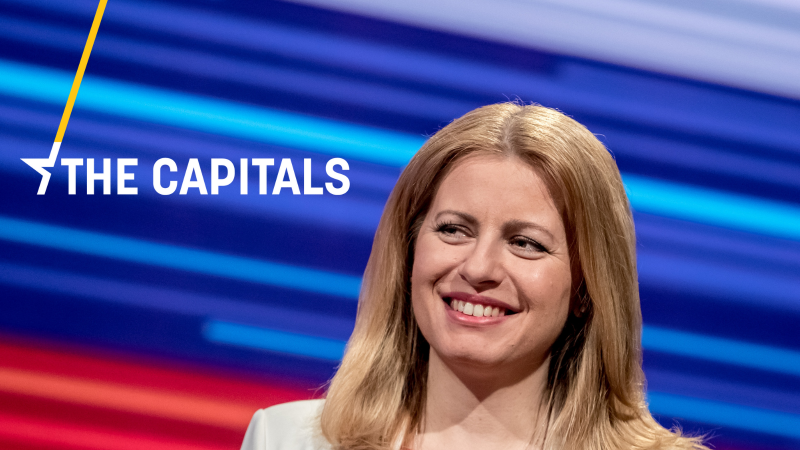 The Capitals is EURACTIV's daily newsletter from across Europe. [MARTIN DIVISEK/EPA]

The election of Zuzana Čaputová as Slovakia’s first female president was perceived with mixed feelings in other Visegrad countries – Hungary, Poland, and Czech Republic – all of which have adopted a sceptical stance toward the EU in recent years. The election of the liberal, pro-EU Čaputová, could shake things up.

Affecting the domestic debate: Analysts in Slovakia suggest that her biggest impact would most likely be in the domestic debate. The success of Čaputová could help new political forces compete with socialist SMER, which has dominated Slovak politics for the past decade and is now faced with corruption scandals as well as links to people charged with the murder of Jan Kuciak and Martina Kusnirova.

The next general election is in March 2019 and support for extremist parties remains high. “Čaputová will have the chance to convince the anti-establishment voter that she is a viable alternative to the current, corrupt political system. If she succeeds, Slovakia could become a beacon of democracy for the entire Visegrad region,” Slovak journalist Arpad Soltesz wrote on vsquare.org.

Awkward meeting in Prague: Czech president Miloš Zeman congratulated Čaputová and invited her to pay her first foreign visit to his presidential palace. Reman had openly backed her rival Maroš Šefčovič whom he met before the second round.

Erik Tabery, a prominent editor at Respekt Magazine, said the Slovakian decision had sent hope to the Czech Republic as well with regards to the ongoing clash of liberal and conservative values in the region. “Zuzana Čaputová recalls that the game is still open, nothing is given and it is necessary to try again and again. The struggle for the image of the world is not decided – and it will never end,” he wrote.

Poland’s delayed congrats: The Polish government congratulated Čaputová two days after she was elected. A Czech journalist for the Polish state television said Čaputová was “a liberal feminist”, which may explain the delayed reaction.

Ryszard Czarnecki, a conservative PiS MEP (ECR) regretted that “conservative and very pro-Poland” president Andrei Kiska didn’t decide to seek re-election, “we should respect the choice of Slovak people [Čaputová] who is an antipode to Kiska’s views”.

Hungary- a ‘Soros EU federalist’: In Budapest, the government narrative is that the EU divided between those who oppose migration and wish to preserve national sovereignty against those who want a United States of Europe.

Pro-government media depicted Čaputováas a ‘Soros’, pro-migration politician, who will continue Kiska’s federalist agenda. They did not mention that Hungarian minorities in Slovakia also voted for Čaputová. Opposition media perceived her victory as a silver lining against authoritarian populism in the region.

Rwandan memorial: Unlike Jean-Claude Juncker, Emmanuel Macron skipped the ceremonies in Kigali to mark the 25th anniversary of the Rwandan genocide but he called for 7 April to become an official memorial date in France. The genocide killed between 800,000 and 1 million people.

The issue remains sensitive in France, as the country has been accused of being allies with Hutu forces who were responsible for most of the bloodshed. The president at the time of the genocide was Francois Mitterrand. Macron also announced that he appointed a panel of experts to investigate France’s role in Rwanda’s genocide. (Read more)

En Marche leads new poll: The list of La République en Marche leads a new poll published on Sunday. It scored 23% followed by Marine Le Pen’s National Rally, which would take 20% in the presence of a “yellow vest” list or 21% without. The centre-right Republicans remain third with 12% followed by leftist La France Insoumise (8.5%), EELV environmentalists are on 8% while the list led by Raphaël Glucksmann with the support of the Socialist Party is on 5.5%. (EURACTIV.fr)

Obama visits Germany: Former US President Barack Obama met with Chancellor Angela Merkel on 6 April to discuss the fight against climate change. He also met with students and urged them to vote for climate-friendly political parties.

Protests against unaffordable housing: Thousands of people took the streets on Saturday (6 April) across Germany to protest against rising rents. Housing rents, particularly in Berlin, have doubled over the past decade, as Germany’s booming job market continues to attract a large number of workers. (Claire Stam, EURACTIV.de)

Visa row goes transatlantic. The US has sent a letter to Belgian FM Didier Reynders, raising concerns about the humanitarian visas’ scandal that shook the country earlier this year, Belgian media reported. The system of humanitarian visas, granting asylum to persecuted people, was operated by a network of intermediaries outside official channels under former interior minister Theo Francken.

Around 1,500 of such visas were issued, mainly to Syrian Christians, and Washington has raised security concerns after the National Immigration Office revealed that 121 of them have gone missing, as Belgium is one of 50 “privileged” countries whose citizens can enter the US visa-free. The diplomatic incident triggered a heated Twitter exchange between Flemish nationalists and government officials. “We will explain to the Americans that this practice has stopped since I took over the department,” Francken’s successor, Maggie De Block, said according to Le Soir. (Alexandra Brzozowski, EURACTIV.com)

UK removes EU from passports: Home Secretary Sajid Javid described the removal of ‘European Union’ from UK issued passports as a “sensible and efficient” move, despite the country having yet to leave the EU. The new passports have been issued since March 30, when the UK was originally meant to have left the bloc. (Samuel Stolton, EURACTIV.com)

Avoid hard Brexit: In an interview with El Confidencial, Spanish PM Pedro Sánchez made it clear a no-deal Brexit should be avoided. Although a no-deal is not off the table, diplomatic sources have said reaching an agreement on a long prolongation should not be difficult, but the conditions matter. Spain wants neither a no-deal nor to give the UK a blank check, the sources said. (Beatriz Rios/EURACTIV.com)

EU far-right in Milan: In an effort to forge an alliance of nationalists ahead of the EU elections, Italy’s Matteo Salvini is gathering far-right parties from across Europe in Milan on Monday (8 April). Germany’s Alternative for Germany (AfD), the Danish People’s Party and the Finns Party have confirmed their participation while Marine Le Pen’s France’s National Rally (NR) will be absent. (AFP)

Empty schoolrooms: As a result of population decline, almost 70,000 fewer schoolchildren will sit in Italian classrooms next year. Besides the social impact of such a reduction, the number of active teaching staff also risks being cut, the teacher’s unions have said. (Gerardo Fortuna, EURACTIV.com)

Tsipras launches progressive coalition: Greek PM Alexis Tsipras on Saturday launched a new Progressive Coalition ahead of the EU and national elections. In an effort to capture the  Greek centre-left, Tsipras has formed new alliances with politicians of socialist background. Tsipras said that the left stood firm when the EU’s right-wing forces pushed for Grexit and that it was high time Europe ended social inequalities and halted far-right politics.

A setback in oil sector privatisation: The tender for the majority shares of the state-owned oil refinery and trading company HELPE, a prerequisite of the Greek bailout, has failed as no firm made an official offer. Now the government needs to come up with a new plan since the privatisation must be concluded within 2019. (Theodore Karaoulanis, EURACTIV.gr)

Fresh talks: United Nations envoy Jane Holl Lute held yesterday further consultations with the leaders of the Greek and Turkish Cypriot communities on restarting the stalled peace negotiations for the reunification of Cyprus. It is Lute’s 4th visit to Cyprus since the collapse of talks in 2017. (Theodore Karaoulanis, EURACTIV.gr)

Where’s the emergency? In a Facebook post that was later deleted, justice minister Tudorel Toader wrote that an emergency ordinance couldn’t be adopted in absence of an emergency. The remark was in response to a statement made by Liviu Dragnea, the ruling socialist party  leader, who said the government should stop “this endless talk” regarding the emergency decree to change the Criminal Code and let the parliament legislate on the matter.

Dragnea is seen as a primary beneficiary of the proposed changes, which are strongly contested by the EU and the Venice Commission, as he has a suspended sentence for vote-rigging and is also on trial for several corruption charges. (EURACTIV.ro)

Migration pressure: Bulgaria may send an additional 3,000 soldiers to the border with Greece to face increasing migration pressure as thousands of migrants, who have set up a camp near Thessaloniki, are expected to come across the border. (EURACTIV’s partner Dnevnik.bg)

No Schengen with Slovenia and Hungary: Austria will extend border controls with Hungary and Slovenia by November, its Minister of Interior Herbert Kickl (Freedom Party) has said, fearing a large number of illegal migrants and the possible return of terrorists from Iraq and Syria. However, Ljubljana says the number of illegal immigrants entering Austria from Slovenia is at its lowest level. (Željko Trkanjec, EURACTIV.hr)

Education in minority languages: A Council of Europe report has said Serbia made progress in training teachers for minority languages but criticised the existence of relatively high thresholds for establishing minority classes as well as the abolishing of pre-school classes in the Roma language. (Beta-EURACTIV.rs)