Lithuania: EU should step up security role in its East 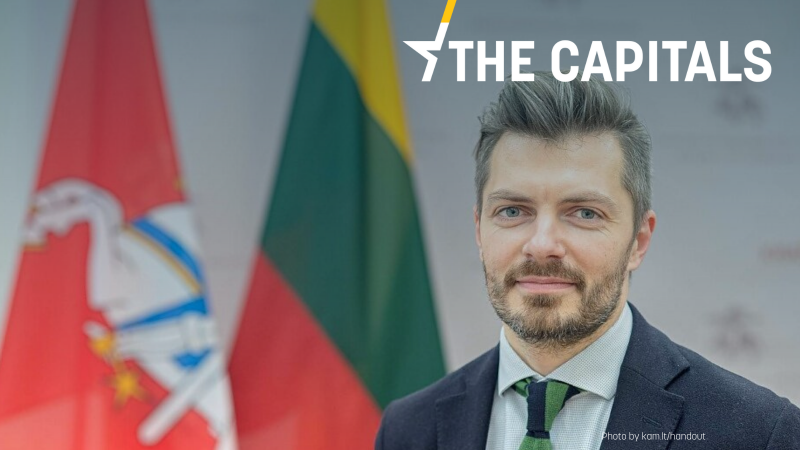 His comments came against the backdrop of tensions with Russia, the situation at the Polish-Belarussian border, and Russia’s renewed troop build-up in and around Ukraine.

His comments came against the backdrop of tensions with Russia, the situation at the Polish-Belarussian border, and Russia’s renewed troop build-up in and around Ukraine. Read more.

EU-Western Balkans ministerial calls for closer cooperation to better manage migration. Home affairs officials from the EU and the Western Balkans meeting at Brdo estate on Thursday agreed on the need to improve the exchange of information and cooperation on the ground in the combat against organised crime, and terrorism and in-migration management Slovenian Interior Minister Aleš Hojs said after the meeting. Read more.

NGOs urge EU to sanction Israeli NSO Group. 85 NGOs and experts have called on the European Commission to sanction NSO Group and prohibit the sale and use of its spyware Pegasus. Read more.

Centre-right aspiring candidate Ciotti ‘shares views’ with far-right” Valérie Pécresse and Éric Ciotti were the winners of the first round of the vote to elect the right-wing candidate to run in the 2022 presidential elections that took place on Thursday. Ciotti, however, has said he shares views with the far-right. Read more.

Farmers paid to protect soil during winter in new post-Brexit subsidy regime. Having left the EU’s Common Agricultural Policy, the UK government has set up its own farm subsidy system that is designed to offer “public money for public goods. Read more.

Finland’s opposition gain popularity as Greens suffer major slump. Two opposition parties have gained popularity at the government’s expense, a new poll commissioned by the Finnish Broadcasting Company (YLE) has found. The Greens, however, have fallen to their lowest numbers in six years. Read more.

Greek socialists decide leader, eye future coalitions. The Greek socialist party (Movement of Change – Pasok) holds primaries on 5 December to elect its next leader. The outcome of the vote could well determine whether the next coalition government in Greece will lean to the left or the right. Read more.

Spain records its biggest unemployment drop since 2008. The number of officially registered unemployed people in Spain fell by 74,381 in November, the largest monthly drop since 2008, according to the latest figures released on Thursday by the Spanish ministry of labour and social security, EURACTIV’s partner EFE reported. Read more.

​​Italian region of Veneto stops tests for the unvaccinated. Veneto has decided to suspend tests for unvaccinated people to privilege those with symptoms and vulnerable cases, the regional health authorities announced on Thursday. Read more.

Poland, Lithuania and Ukraine appeal for anti-Russia sanctions. New sanctions against Russia should be imposed as a response to its aggressive approach towards Ukraine, according to Poland’s President Andrzej Duda and his Lithuanian and Ukrainian counterparts Gitanas Nausėda and Volodymyr Zelensky. Read more.

Czechia could phase out coal by 2033 ‘at the latest’. The future Czech government wants to speed up the country’s energy transition and phase out coal earlier. “It would be the best success to do it (coal phase-out) by 2030, 2033 at the latest,” environment minister candidate Anna Hubáčkova (KDU-ČSL, EPP) said. Read more.

Slovak health ministry introduces points system for ventilation access. When hospitals are full with COVID-19 patients, it will be up to the scoring system to decide who gets the intensive care unit or artificial lung ventilation, the health ministry has announced. Read more.

Bulgaria returns to ‘history’ in veto talks with North Macedonia. Bulgaria has not given up on its historical claims to North Macedonia, which continue to be a condition for lifting its veto on Skopje. In talks with French President Emmanuel Macron and German President Frank-Walter Steinmeier on Thursday, Bulgarian President Rumen Radev spoke about what future action is expected from Skopje. Read more.

Omicron variant likely already in Romania. There are “high suspicions” that two of the Romanian citizens returned this week from South Africa are infected with the Omicron variant of SARS-CoV-2, the health ministry said Thursday. Read more.

Croatian foreign minister calls for abuse against migrants at EU borders to stop. The abuse of migrants on EU borders needs to be stopped without delay, Croatian Foreign Minister Gordan Grlić Radman said at the meeting of the Organisation for Security and Cooperation in Europe Ministerial Council in Stockholm.

“We are also deeply concerned because of the increasingly bad political situation in Belarus. The abuse of migrants on the border with the EU needs to be stopped without delay,” he said in his address. (Željko Trkanjec | EURACTIV.hr)

Previously, Peach worked as the UK’s Chief of the Defence Staff and Air Commander in HQ KFOR (NATO) in Kosovo and was Chairman of the NATO Military Committee from 2018 until his recent resignation. The government said that his appointment shows the UK’s commitment to stability in the Western Balkans. (EURACTIV.com)

Serbia’s PM satisfied with Commission’s progress report. Serbian Prime Minister Ana Brnabić said on Thursday that she was generally satisfied with the European Commission’s report about Serbia’s progress in the process of association with the EU, and that the government would “focus on the recommendations” in the report and continue working towards fulfilling them. Read more.

During the meeting with Russian Defence Minister Sergei Shoygu, Vulin stated that the office would open very soon and that “only the technical issues remain,” the Russian Defence Ministry has stated. “Our countries’ presidents have agreed on the further development of bilateral cooperation in various fields, including defence,” Shoygu said in the statement. (EURACTIV.rs | betabriefing.com)

BiH Army’s beard ban deemed unconstitutional.  The Constitutional Court held that the ban on beards in the BiH Armed Forces imposed on soldiers while in service and uniform violated the right to privacy and freedom of religion guaranteed by the Constitution of Bosnia and Herzegovina and the European Convention.

The decision comes after a request from Bakir Izetbegović, president of the biggest Bosniak party SDA and Speaker of the House of Peoples of BiH’s parliamentary assembly. (Željko Trkanjec | EURACTIV.hr)

Alternativa party to decide on joining North Macedonia’s government. The Central Council of the Alternativa party will decide whether to participate in the government led by the Social Democrats (SDSM) on Friday in Tetovo, the town with the biggest number of Albanians apart from Skopje. Read more.

Kosovo not officially invited to join ‘Open Balkan’. Kosovo was not informed or invited to join talks on the ‘Open Balkan’ initiative, Foreign Minister Donika Gervalla said at the parliamentary committee on foreign affairs. Initially branded “Mini-Schengen”, the initiative aims to facilitate the movement of peoples and goods between Serbia, North Macedonia and Albania. Read more.