Viktor Uspaskich, a Russian-born politician, said "mistakes" could be explained by the fact that Lithuanian was not his mother tongue. [© European Union 2012 EP]

But Viktor Uspaskich, a leader of Lithuania’s populist Labour party, also insisted he had a right to criticise people who “lead a perverted way of life”.

“I apologise … sincerely, that my words, though perhaps too rude or used not carefully enough, but taken out of context, caused misunderstanding, grief and uproar,” Uspaskich said in a letter seen by AFP.

The Russian-born politician said “mistakes” could be explained by the fact that Lithuanian was not his mother tongue.

Uspaskich came under fire after publishing the live Facebook video where he can be heard talking about individuals who “feel a certain inclination,” and stating: “Those who put their dick under a skirt and go into the street and shout, they are perverts, and such things must not be tolerated.”

The head of the Renew group, Dacian Ciolos, sent an email to Uspaskich on Monday demanding the MEP “take back these despicable homophobic remarks and apologise”. 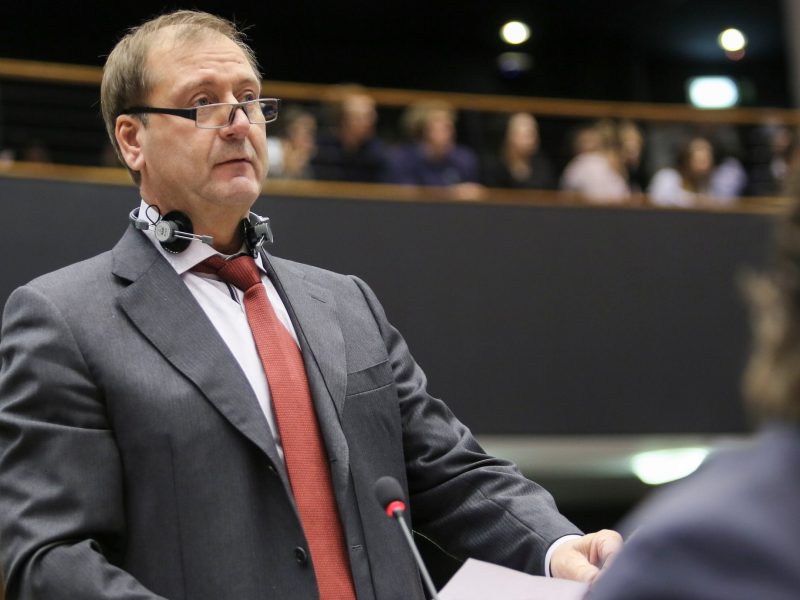 A Lithuanian MEP whose Facebook page features a video of him calling gays or transvestites “perverts” has been given until Thursday (14 January) to explain and apologise if he wants to stay in his political group.

Uspaskich insisted he himself was discriminated against in Lithuania because of his Russian origins and declared his “full tolerance and respect of all people, despite their race, ethnicity, sexual orientation”.

But he added: “I specifically pointed out that I am not referring to people who are naturally given a different orientation by nature, and I speak of those who scream loudly and lead a perverted way of life.”

Human right campaigners said his explanation was far from enough.

“There is no place for homophobia in politics. I am disappointed that Mr. Uspaskich has failed to take political responsibility and to apologise for humiliating and hurting LGBT+ people and their allies,” Tomas Vytautas Raskevicius, Lithuania’s only openly LGBT+ lawmaker, told AFP.