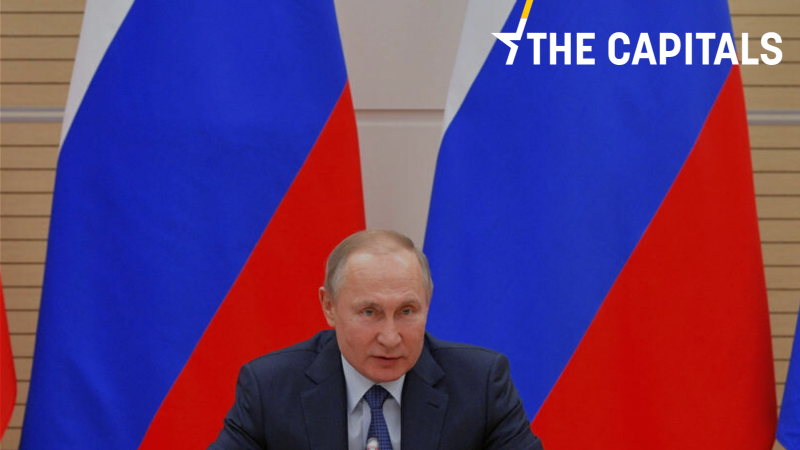 Before you start reading today’s edition of the Capitals, we invite you to read the article “Summit fails to narrow differences over EU’s seven-year budget“. Read the latest developments on our live blog.

Right-wing extremism condemned after Hanau attack. In response to the shooting in Hanau, which killed 11 people on Wednesday night (19 February) in one of the deadliest examples of right-wing violence since German reunification and the latest in a string of right-wing attacks committed in the past year, many German leaders have been quick to condemn both racism and right-wing extremism. EURACTIV Germany’s Sarah Lawton looks into what is already known of the perpetrator.

Macron biding time on the EU budget. The French head of state will take “the time it takes” for “an ambitious agreement” to be reached on the EU budget, he said at the extraordinary EU summit in Brussels on Thursday (20 February). EURACTIV France has more.

Carnival spat. Israel’s foreign minister Israel Katz urged Belgium “to condemn and prohibit” the Aalst carnival for what he called an “anti-Semitic manifestation” on Twitter. The yearly Aalst Carnival was removed from the UNESCO cultural heritage list last December on which it had been featured since 2010 following accusations of anti-Semitism after one of its floats portrayed caricatures of Orthodox Jews with crooked noses and fingers protecting a safe. (Alexandra Brzozowski | EURACTIV.com)

Investigators uncover possible scheme to hide FPÖ-donations. In the secretly recorded “Ibiza-Video” which caused the resignation of then vice-minister Heinz-Christian Strache (FPÖ), the politician allegedly mentioned a method of hiding political donations from the treasury by which donors could give money to associations with no official party affiliations, which are staffed with allies of the FPÖ who can funnel the money to them.

However, investigators have now found four such associations, headed by close associates to party members. These associations appear to have received large sums from companies such as arms manufacturer Steyr Arms. According to investigators, Strache had actively looked for donors, even though the associations had no official ties to him or the party. It is, therefore, believed that the donations were supposed to be funnelled to him. (Philipp Grüll | EURACTIV.de)

EFSA will keep British experts despite Brexit. The European Food Safety Authority will keep UK experts in its ranks despite Brexit, because science does not recognise borders “and we want to have the best people”, the EU food watchdog chief told EURACTIV.com in an exclusive interview. “We have about 22 staff members from the UK who we will all be able to continue to employ,” Bernhard Url said. Read the full interview HERE.

Tug of war with Renzi. Italy’s PM Giuseppe Conte has accepted a meeting request from Italia Viva’s leader Matteo Renzi. “My door’s always open, we’ll see each other next week,” the PM said at his arrival to the EU summit. After the meeting with Renzi, Conte will come to the Parliament to present Agenda 2023, which includes a series of priorities that aim to revive Italy’s economy. (Gerardo Fortuna | EURACTIV.com)

Spain’s PM and Catalan president to meet next Wednesday. After Spain’s socialist PM Pedro Sánchez had previously proposed to meet Catalan separatist president Quim Torra to hold bilateral talks on Monday (24 February), which Torra refused due to “agenda problems”, the two have finally agreed to meet next Wednesday (26 February), to discuss the “political crisis” in Catalonia, EURACTIV’s partner EFE reported.

This will be the first round of meetings in the context of the “Mesa de Diálogo” (Dialogue table) between Madrid and the Catalan regional executive..

In other news, the approval of a new budget in Parliament will be key to Spain’s minority coalition. The ruling left-wing coalition, of PSOE and Unidas Podemos/United We Can, will rely on the support of Catalan separatists and independents, mainly ERC (Esquerra Republicana de Catalunya – Republican Left of Catalonia).

It is the approval of the new budget, which will likely happen after the summer break, which is key to Sánchez’s political survival, as the current government is functioning thanks to a delay extension of the budget previously passed by the executive of former conservative PM Mariano Rajoy, of the Partido Popular (PP). (EuroEFE.EURACTIV.es)

Greek PM disappointed by planned CAP cuts. Greek PM Kyriakos Mitsotakis yesterday opposed cuts in cohesion and the Common Agricultural Policy: “They have contributed to Greece’s staying in the euro,” he said, adding that the CAP is extremely important to Greece. He also described as a “mistake” the plans to reduce funding to tackle the migration crisis, saying it does not reflect EU citizens’ expectation for a permanent solution to the issue. (Sarantis Michalopoulos | EURACTIV.com)

An ECHR-exit? Hungary should consider suspending the jurisdiction of the European Court of Human Rights and withdrawing from the European Convention of Human Rights (ECHR), according to Imre Vejkey, the deputy whip of governing coalition party KDNP. EURACTIV Croatia’s Željko Trkanjec looks into Vejkey´s reasoning.

In other news, Hungary has so far drawn down €239 million of a €10 billion loan from Russia for an upgrade of the Paks nuclear power plant, it was announced on Wednesday (19 February). In response to a query from the opposition, Deputy Minister of National Economy and State Secretary for Parliamentary Affairs and Taxation, András Tállai, has said that the “bulk” of that money had already been repaid, meaning Hungary has taken out a loan with better conditions to refinance the Russian credit. (Željko Trkanjec | EURACTIV.hr)

More European taxes? “It would be worthwhile to see a digital tax as a source of own revenue, a tax on the European single market or, for example, a tax on the carbon footprint”, said Polish Prime Minister Mateusz Morawiecki upon  arriving at the EU budget summit in Brussels. Last year, following US pressure, Poland withdrew its plans to introduce a digital tax, yet the situation remains unclear to this day. During the summit in Brussels, Poland will fight for lower cuts to the agricultural and cohesion funds. (Łukasz Gadzała | EURACTIV.pl)

Chinese threats. Czech Foreign Minister Tomáš Petříček has objected to the letter from the Chinese embassy leaked earlier this week, which threatened late Senate Chairman Jaroslav Kubera in reaction to his plan to visit Taiwan. “Czech companies having economic interests in China will have to pay for the visit,” the letter states.

After Kubera suddenly died in January, the letter was found by his successor, prompting the foreign minister to summon the Chinese ambassador, stressing that “this is not a common form of diplomatic communication, however, diplomacy should not be made in public so I do not provide any further comments,” server Aktuálně.cz quotes. (Lukáš Hendrych | EURACTIV.cz)

With friends like these… “I have not read the mandate yet, but I think Slovakia´s first priority is agriculture and rural development,“ said Czech PM Andrej Babiš on the first day of the EU budget summit (20 February). That may have come as a surprise to PM Peter Pellegrini whose presence in Brussels was delayed by his participation in one of the main election TV debates. For Slovakia, the main priority is the Cohesion budget, not agriculture. (Zuzana Gabrižová | EURACTIV.sk)

Tourist tax for Airbnb: According to new provisions adopted by the parliament, apartments and guest rooms for short term rent will have to pay a tourist tax to municipalities, which includes properties rented through online platforms such as Airbnb and Booking.com. (dnevnik.bg)

Two Slovenians infected on Diamond Princess. Two Slovenian nationals who had been quarantined on the Diamond Princess cruiser in Yokohama returned home on Thursday and will now be quarantined again. In Japan, while two of those who had to stay have been taken to hospital as they both tested positive for the coronavirus, two others remain on the ship and are waiting for an Italian plane to fly them to Europe. (Željko Trkanjec | EURACTIV.hr)

In other news, a group of 51 MEPs proposed a bill to amend the law on the terms of the concession for utilising the energy potential of the Lower Sava River. The MEPs are aiming to facilitate the faster completion of hydroelectric power (HPP) plants chain on the lower Sava River by eliminating some legal anomalies, something which environmental groups have strongly opposed. (Željko Trkanjec | EURACTIV.hr)

Top prosecutors appointed. President Klaus Iohannis has signed the naming of new chief prosecutors for the Anti-Corruption Directorate (DNA), the Directorate for Combatting Organised Crime and Terrorism (DIICOT) and the General Prosecutor Office. Although Iohannis said he is very happy with the appointments, civil society reacted coolly at the proposals of the Justice minister for the three positions, while the Superior Council of Magistracy gave negative opinions on two of the three. (EURACTIV.ro)

Obstruction to party elections? Defence Minister and PM Andrej Plenković’s candidate for HDZ deputy president, Tomo Medved, dismissed on Thursday (20 February) allegations from Miro Kovac’s rival camp that their supporters were threatening and obstructing the collection of signatures for the party’s internal election, which is set to be held on 15 March. Plenković and his team collected more than the necessary signatures needed for the election before the deadline but the opponent’s team led by Kovac seemed to find it hard due to obstructions on the ground and Plenkovic’s influential lobby.

In another news, at a closed session on Thursday, the government submitted a motion to the Croatian Parliament to dismiss Attorney General Drazen Jelenic at his own request due to the Masonic affair. Croatian Prime Minister and HDZ President Andrej Plenković believes the row will not affect the election process within the HDZ, he told reporters in Brussels. EURACTIV Croatia’s Karla Junicic has more.

Djuric, Thaci congratulate Grenell on the new appointment. Director of the Serbian government’s Office for Kosovo and Metohija, Marko Djuric, congratulated US diplomat Richard Grenell on Thursday (20 February) following Grenell’s appointment as Acting Director of National Intelligence and wished him luck. “This appointment is an important step in Ambassador’s fruitful carrier (sic) and reaffirms him as a patriot of his country and a professional. Good luck!” Djuric tweeted.

Kosovo President Hashim Thaci also welcomed Grenell’s appointment on Feb. 20. “A great pick by Donald Trump to appoint Richard Grenell as acting Director of National Intelligence. Ambassador Grenell has done a terrific job as SE on the dialogue between Kosovo & Serbia. I wish you Rick great success in your new mission to keep USA and the world safer,” Thaci posted on Twitter.

In other news, the Serb member of the Bosnian presidency, Milorad Dodik, vetoed the official visit to Bosnia and Herzegovina of Montenegrin President Milo Djukanovic due to take place on 2-3 March on Wednesday (19 February). Presidency Chairman Zeljko Komsic and Bosniak member Sefik Dzaferovic voted in favour of extending the official invitation to Djukanovic, while Dodik opposed it. Dodik called the decision to invite Djukanovic “destructive to a vital entity interest,” according to a press release issued after the presidency session.

Dodik also vetoed a decision to accept the agreement on the status between BIH and the EU on the activities of the European Border and Coast Guard Agency in Bosnian territory. (EURACTIV.rs betabriefing.com)

Grenell will continue to take care of the dialogue. While US Ambassador to Germany Richard Grenell was named acting Head of Intelligence yesterday, he will be keeping the position of US special envoy for peace negotiations between Serbia and Kosovo, VOA reported.

Grenell also denied that the US continues to support the exchange of territory between Kosovo and Serbia. “Fake news. And you never called or wrote to ask. I am for what the parties agree to – I’m focused on economic development, not politics,” Grenell wrote on Twitter. (Željko Trkanjec | EURACTIV.hr)