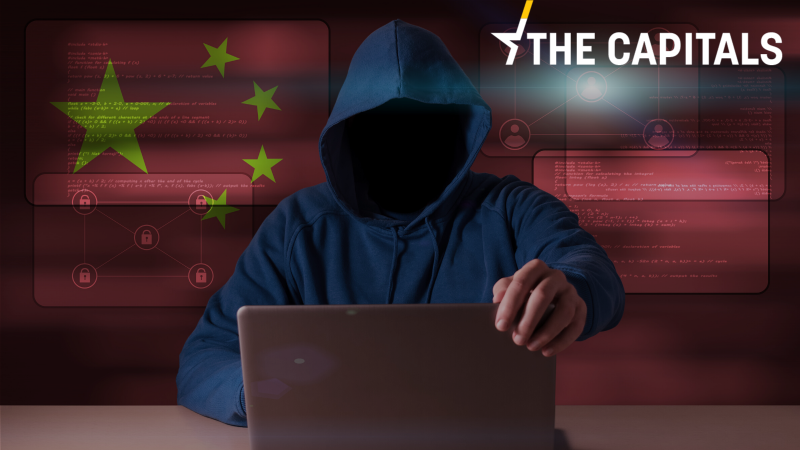 Before you start reading today’s edition of the Capitals, we invite you to read the story “LEAK: Digital services face EU competition crackdown” written by Samuel Stolton.

According to the report, Belarus’ new nuclear power plant, to be launched this year some 50 kilometres from the Lithuanian capital, presents a serious security threat. The report details tensions between the plant’s constructor, Russia’s Rosatom, and Belarusian public safety authorities, which have been sidelined in a rush to meet construction deadlines. Read more.

Liberal FDP leader calls for vote of confidence. Amidst the uproar over the Minister-President elections in Thuringia, federal leader of the liberal FDP party, Christian Lindner, asked the party’s executive board to hold a vote of confidence on Friday (7 February) during its special session in Berlin.

After convincing Thomas Kemmerich, who had been Thuringia’s Minister-President for just 25 hours, to resign, Lindner announced his intention to hold a confidence vote, saying he “would not be able to continue as party chairman if even a regional party affiliation of the FDP were to seek cooperation with the AfD or accept dependence”. EURACTIV Germany’s Sarah Lawton looks at how the events unfolded.

Read also how liberal MEPs of the Renew group reacted in Brussels: here.

Austria’s major fossil fuel company pushes ‘green image’. After OMV, Austria’s biggest oil and gas company (31.5% state-owned), published its business results for 2019, its CEO Rainer Steele used the opportunity to focus a company presentation on climate change. Although this kind of event was earlier usually used to paint lofty images about the future of gas and oil, the company’s CEO said that OMV “has long been asking itself how we can contribute to a future with less carbon.”

Seele announced a new unit within OMV called “New Energy Solutions”, which will experiment with solar parks, hydrogen and the recycling of plastic to raw oil. OMV increased its net profits by 8% in 2019 compared to 2018. (Philipp Grüll | EURACTIV.de)

Controversial visit. Although the main goal is meant to be the festive closing of an expo with the Flemish masters in Budapest, Flemish PM Jan Jambon’s planned side-meeting with Hungarian Prime Minister Viktor Orban next week has drawn criticism from the Belgian opposition, who fear it might send the wrong signal. “The prime minister’s objective is to develop contacts that can be useful to Flanders,” Jambon’s office said. And although Budapest is under pressure in Europe for eroding rule of law, “there is no partisan or ideological interest in this contact,” it added in the statement. (Alexandra Brzozowski | EURACTIV.com)

Also, read the interview with the Belgian health minister “This time Belgium could mine healthcare data instead of coal” conducted by Sarantis Michalopoulos.

Fine Gael’s Leo Varadkar has hit out at Sinn Féin’s stance on taxation and climate change, following an Irish Times poll on Monday (3 February) that had the Republican party in first place. “It is strange to meet people who are going to vote for Sinn Fein because they want lower taxes,” Varadkar said yesterday, adding that Sinn Fein is a party “opposed to the carbon tax.” (Samuel Stolton | EURACTIV.com) Read more about Sinn Féin’s dramatic rise in the polls.

Spanish PM and Catalan president agreed to start dialogue soon. Spain’s socialist PM Pedro Sánchez and Catalan regional president Quim Torra agreed on Thursday to start this month a bilateral “constructive dialogue” to solve the “political conflict” in Catalonia (the Spanish region in the northeast of the Iberian country), as it is described by separatist Torra, EURACTIV’s partner EFE has more.

Closed due to coronavirus. The new coronavirus might put the production of the Italian-American carmaker Fiat Chrysler (FCA) at risk, as one of their European plants could shut down within two to four weeks if Chinese parts suppliers do not get back to their shifts. “We’ve got one high-risk supply at the moment that we have identified,” FCA chief Mike Manly told the Financial Times. (Gerardo Fortuna)

‘We must do our utmost to change the budget proposal’. “The next European budget is crucial to us. They have simply proposed a draft that we do not like at all. We must do our utmost to change this,” Czech Prime Minister Andrej Babiš told a conference in Bratislava. The PM defended the position of smaller EU member states, noting that the EU does not just consist of France and Germany. “We have the strongest potential since our people are hard-working. We are not in France, which has a shortened working week,” he added. (Aneta Zachová | EURACTIV.cz)

Morawiecki in Brussels. Polish Prime Minister Mateusz Morawiecki met with European Commission President Ursula von der Leyen and European Council President Charles Michel in Brussels on Thursday (6 February) to discuss the EU’s current budget negotiations. The meetings took place amid intensifying negotiations and differences between big countries that want to trim the budget and countries, like Poland, that have benefited from the EU’s Cohesion Policy and want the cohesion funds unchanged. According to Morawiecki, the issue of making  EU funding conditional on respect for the rule of law was only a minor topic during the discussions.  (Łukasz Gadzała | EURACTIV.pl)

On the same topic, feel free to look at Georgi Gotev’s take on the ‘Friends of Cohesion’ in “The Brief: Friends of Corruption“.

Europol experts testify in Kuciak´s murder trial. In the trial in the murder case of journalist Ján Kuciak and his fiancée Martina Kušnírová, digital forensic experts from Europol testified on Thursday (6 February) about their analysis of the encrypted communications sent using the Threema app, which had been retrieved from the phones of those charged with the murder. This is one of the main pieces of evidence linking businessman Marián Kočner, who is accused of ordering the hit, to the murder. Media were not allowed in the courtroom during their testimonies. (Zuzana Gabrižová | EURACTIV.sk)

Hungary closes border checkpoint to stop ‘migrant caravan’. A group of a few hundred people seeking to enter the EU have gathered at the Kelebia-Tompa border crossing between Serbia and Hungary, which the Hungarian authorities have closed, MTI reported on Thursday (6 March). The group, which has been called a “migrant march”, as well as a “migrant caravan”, has set up camp for the night and reports indicate there are children among the crowd. (Vlagyiszlav Makszimov | EURACTIV.com)

In other news, Hungary and Brazil worked closely together in the United Nations to ensure that the organisation cannot use components of its Global Compact for Migration, which the Hungarian government previously rejected, as a basis for reference in international legislation, Foreign Minister Péter Szijjártó said after meeting his Brazilian counterpart, Ernesto Araujo. Yet Szijjártó and Araujo agreed that the two countries would coordinate their efforts to support Christians in the Middle East. (Željko Trkanjec | EURACTIV.hr)

Also, €372,000 can now buy a secret KGB bunker in Hungary. The bunker is near the thermal power station of Inota (Várpalota, Veszprém county) and it costs €372,000. Because the bunker was used by the Soviet secret service, its existence had been kept secret from the public for decades. (Željko Trkanjec | EURACTIV.hr)

The European Green deal is a big problem: For Bulgaria, the European Green Deal is a big problem, Prime Minister Boyko Borisov said after meeting Commission President Ursula von der Leyen and European Council President Charles Michel in Brussels. While 60% of Bulgaria’s electricity comes from coal-fired plants, according to Borisov, he nevertheless noted that according to the EU representatives, the problems could be solved with €14 billion from the next European budget by 2027, although it is also meant to fund infrastructure, small and medium-sized enterprises, competitiveness and education. According to Borissov, this is the main dispute and the battle is big. (dnevnik.bg)

Also, feel free to have a look at how Bulgaria ‘slept’ on the European Green Deal.

Controversial city plan riles up protesters against mayor. Loud protests against the change of Zagreb’s urban planning (GUP) took place in front of the City Assembly during the session where the controversial plan was discussed.

The protesters shouted against the mayor, Milan Bandić, calling him a ”thief”. Once again, the opposition accused the ruling party Croatian Democratic Union (HDZ) of collaborating with Bandić. EURACTIV Croatia’s Karla Junicic has more.

The deadlock continues. After President Borut Pahor finished the first round of consultations with parliamentary parties to determine how the country will be governed, he said that if there is no solution to the government deadlock he will have to call for another round of consultations. For now, NSi (EPP) and SMC (Renew) are in favour of setting up a new government, while SD (S&D) and Levica (radical left), like two-thirds of the population, are in favour of snap elections. SDS (EPP) is currently polling at 18.2% and LMŠ (Renew) at 16.3%, while SD and Levica tally behind with 7.9% each. (Željko Trkanjec | EURACTIV.hr)

Read more about this: “Commission tries to breathe new life into EU enlargement“.

EU can unlock Kosovo Serbia dialogue. “At this point, the EU has more to offer to Belgrade and Priština than the US. The US has an impact on Priština and without them, it would be difficult to get an agreement but the EU has mechanisms and resources,” said Rasim Ljajić, Serbia’s minister for trade, tourism and telecommunications. He also said that dialogue between both capitals would be “stalled” without the EU being “more seriously involved”. (Željko Trkanjec | EURACTIV.hr)

Albania will not ‘cry at Europe’s door’. Albania will not “stay at Europe’s door and cry” for it to open, Prime Minister Edi Rama told AFP, adding that regardless of the decisions taken in Brussels, the country cannot “continue to live in anxiety and wait for something that is out of our hands” to happen. EURACTIV Croatia’s Željko Trkanjec looks into what Albania has already done regarding EU accession.

One response to “Lithuanian professionals targeted on LinkedIn by Chinese agents”