The United Kingdom’s decision to leave the European Union may have boosted faith in EU membership but confidence in the bloc’s institutions is still low.

According to Eurostat data, trust in the institutions has plummeted from a beginning-of-the-century high of nearly 60% to just above 30%.

At a Monday (22 May) event on trust organised by Sweden’s Permanent Representation to the EU, a panel of experts discussed how a lack of confidence has economic and social consequences.

Professor Lars Oxelheim, chairman of the Swedish Network for European Studies in Economics and Business, explained that there is a need for far more due-diligence when there is an absence of trust, leading to decreased profits and higher costs.

When asked if the intense period of enlargement over the last decade had contributed to this loss of trust, Ambassador Lars Danielsson insisted there should be no regrets about expanding the EU. 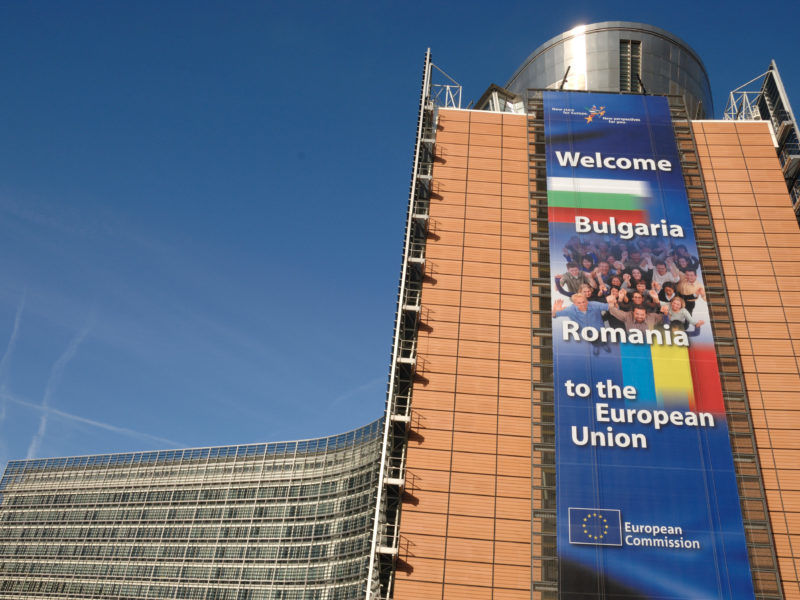 But he did admit that “perhaps the transformative effect of the EU had been overestimated” and that treaty change could be an option to increase the number of instruments available to Brussels when a member state is non-compliant, beyond its ‘nuclear option’ Article 7.

Article 7 of the Lisbon Treaty is a last resort measure under which member states can be stripped of their voting rights. It has been touted as an option lately in relation to Hungary and Poland, both of which have been accused of going against the values of the EU.

But the chief legal adviser of the Swedish Trade Union Confederation, Claes-Mikael Jonsson, said that the EU is actually based on distrust and that it is still a “union of interests, not values”.

Citing his background in trade unions, where people are brought together by their shared interests not a liking of each other, Jonsson insisted that trust has been over-exaggerated as an issue.

It is an opinion not shared by EU Council President Donald Tusk who on Thursday (25 May) told his namesake, US President Trump, that “the greatest task today is the consolidation of the whole free world around values not just interests”.

Göran Von Sydow, a researcher at the Swedish Institute for European Policy Studies, retorted to Jonsson that the world has changed since the Union was first established, that interests can now only align through trust and that trust itself is based on values.

One of the main factors that builds or destroys trust in the EU is transparency. It has emerged as a main talking point thanks to strong civil society engagement on issues like free trade and pesticides use, with Brexit set to add further fuel to the fire.

On Wednesday (24 May), EU Ombudsman Emily O’Reilly presented her annual report, revealing how many complaints about the working of the Union were made in 2016.

Transparency emerged as the main matter of inquiry, with nearly 30% of cases closed last year focused on issues like access to documents and information.

The European Commission was revealed to have provoked the ire of EU citizens the most, with 58.8% of inquiries concerning the executive last year. O’Reilly insisted that this is not because the Commission is “the worst institution”. Rather, it highlights the scope of work it undertakes.

The EU’s watchdog is investigating the EIB for maladministration after three NGOs submitted a complaint this week.

The Ombudsman instead explained that, in her experience, “the Council is the least transparent of the big institutions” and that the Brexit negotiations would shine new light on the body, which brings together the 28 heads of state and government of the EU.

The report praised steps taken by the institutions to increase transparency and O’Reilly highlighted the role the EU-US trade negotiations (TTIP) and civil society involvement in promoting an “evolution not revolution” in the institutions.

She added that the lessons learned from TTIP pushed the Council towards immediately publishing its Brexit negotiating guidelines and that increased interest in European affairs, brought on by the unprecedented nature of Brexit, means the institution will be forced to be more transparent.

However, O’Reilly also said she is “not naïve enough to think the Council and Commission have suddenly fallen in love with transparency”. Instead, it is a “power play” against the ‘hard Brexit’ and secrecy favoured by the British government.

She also expects more complaints to be lodged with the Ombudsman in the coming years because of the UK’s exit. The total number has actually decreased in recent years, particularly the number of cases that fall outside of the Ombudsman’s mandate.

Interesting graphic by @EUombudsman about which countries lodge the most complaints. Spain leads the way by far. pic.twitter.com/mKWnDEjYQt

O’Reilly explained that her social media policy and awareness-raising initiatives had played their part in educating people about the work done by her authority.

She concluded that if the institutions want to “break through the EU myths, you have to show people how laws are made. Holding a light up to the Council would help break down the mythology”.

Speaking to EURACTIV.com ahead of International Women's Day, the European Ombudsman Emily O'Reilly said she was open to being called 'Ombudswoman'.