Macron said the “culture of compromise… should not stop us from affirming a French position when there is one, and like in all couples, in every project, from accepting disagreements.”

The dialogue between the two nations required “sometimes accepting fruitful confrontations, but always with the desire to ultimately find a compromise.”

The frank admission of splits in the Franco-German couple was rare from Macron who has sought to build a close relationship with Merkel to launch an ambitious reform programme for the EU.

But Merkel has pushed back on many of Macron’s proposals and the duo were publicly at odds in Brussels last week over how to handle Britain’s departure from the European Union.

Merkel favoured granting London a long extension, while Macron argued for a short one, which would have increased the chances of Britain crashing out without a deal.

The 27 remaining members of the EU ultimately compromised, granting an extension until October 31. 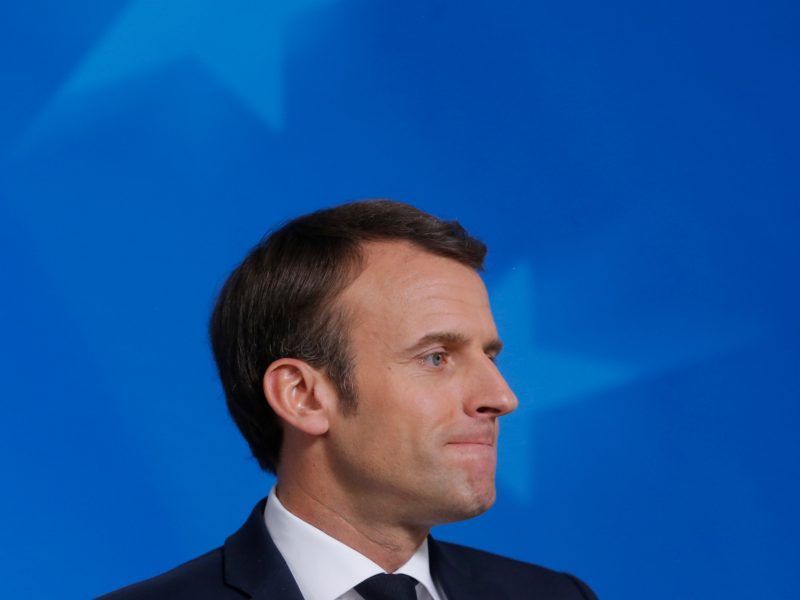 The ‘De Gaulle moment’ that many had speculated about before Wednesday night’s Brexit summit (10-11 April) did not come, but President Emmanuel Macron still lived up to the spirit of the post-war French leader by throwing his weight around the …

On trade policy, Macron referred to what he described as the “incoherent” decision to begin EU trade talks with the United States.

The trade talks were backed by Merkel and most EU countries, but opposed by France on the grounds that the United States had failed to join global efforts to fight climate change.

The EU’s 28 member states had struggled for months to agree to open trade talks, with some including Germany fearing a delay could start a trade war with US President Donald Trump.

Macron has argued that the US must first sign up to the Paris climate accord to cap global emissions, which Trump dumped in 2017.

And he favours a tax on imports coming into the EU from countries that have not signed the pact, which analysts believe could deepen tensions with Washington.

France and Germany are also at odds over economic policy.

Merkel has resisted Macron’s call for a large shared budget for members of the eurozone which would finance infrastructure and other investments in weak members of the currency area.

French Finance Minister Bruno Le Maire urged Berlin on April 12 to increase its public spending last week to compensate for an economic slowdown which risks hitting the whole of Europe.

“Countries with solid budgets must invest more. Those with the means shouldn’t hoard money for years and years, allowing growth to deteriorate,” he told an audience in Washington.

Germany has insisted it will not borrow money to spend its way out of the downturn.

Despite the recent disagreements, Macron insisted that he had made progress with Merkel, citing progress in joint European defence cooperation and a modest new budget for the eurozone. 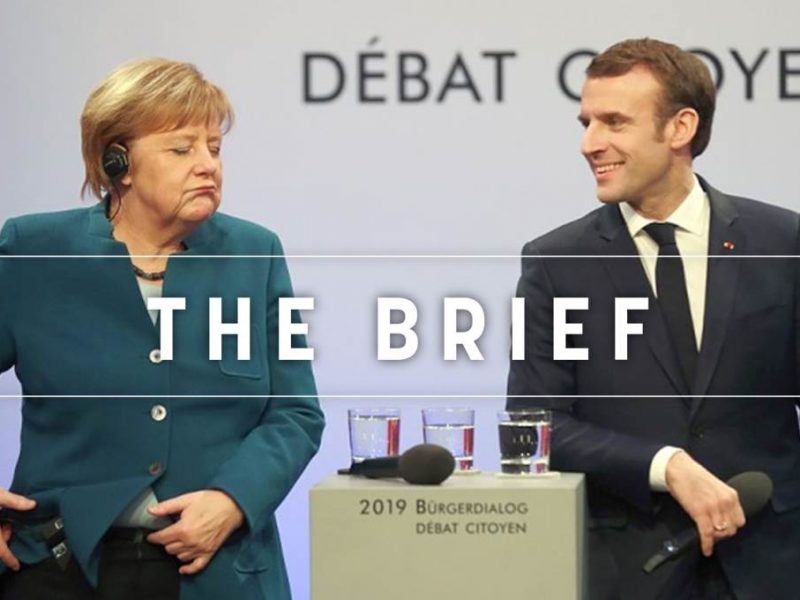