"I hope for a new opening. We have already agreed with President Macron to visit Poland in the first months of 2020 to revitalise relations. In reality, despite there being some tensions, relations are not so dark," Polish Prime Minister Mateusz Moriawiecki said. [EPA-EFE/MICHAEL KLIMENTYEV/S]

Polish Prime Minister Mateusz Morawiecki announced this in an exclusive interview with Ouest-France and its German press partner Funke. The full interview (only for subscribers) was published on Thursday (22 August) in Ouest-France.

Migration issues, as well as judicial and media reforms in Poland, had also contributed to difficult relations.

“I hope for a new opening. We have already agreed with President Macron to visit Poland in the first months of 2020 to revitalise relations. In reality, despite there being some tensions, relations are not so dark,” Morawiecki said.

“In Poland, French direct investment is significant, and we rely heavily on economic cooperation between the two countries. We invite French investors to strengthen these links, which are growing year after year,” he added.

“With Emmanuel Macron, we have agreed to build a new positive agenda. The Weimar Triangle is a good format. And we agree with Chancellor Merkel and the French president that in the future we can encourage the emergence of European champions. We no longer want to repeat the problems like the ones encountered in the Siemens-Alstom case,” Morawiecki observed.

“We need European champions. Even if Poland cannot claim champion status because of its size, we can still become part of the process and support them as was the case with Airbus. That is the way forward. On the digital side, the car…”.

In the full interview, the Polish prime minister also discussed eurozone membership, reform of the Dublin Agreement on asylum seekers, justice reform in Poland, as well as defence issues.

The interview took place just a few days before US President Donald Trump is set to visit Warsaw for the 80th anniversary of the invasion of Poland (1 September 1939). 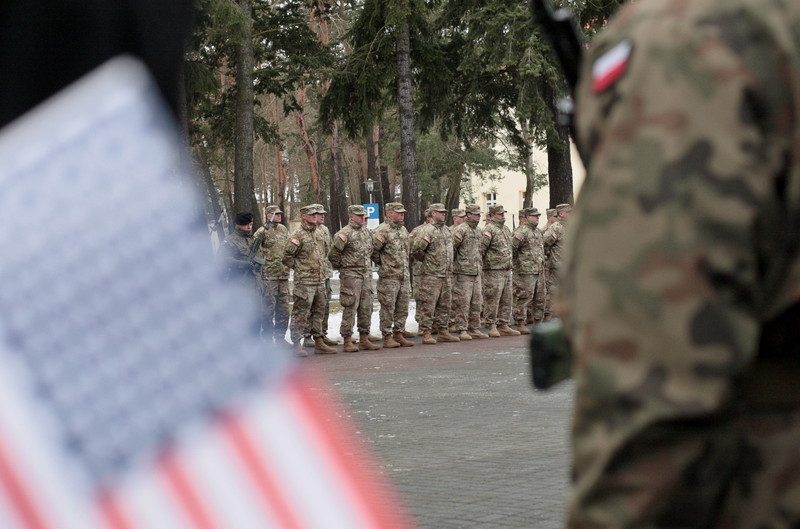 Washington has talked for some time of relocating US troops from Germany because of its annoyance with Berlin’s military spending shortfalls. But President Donald Trump’s upcoming visit to Poland in September could give it another twist.