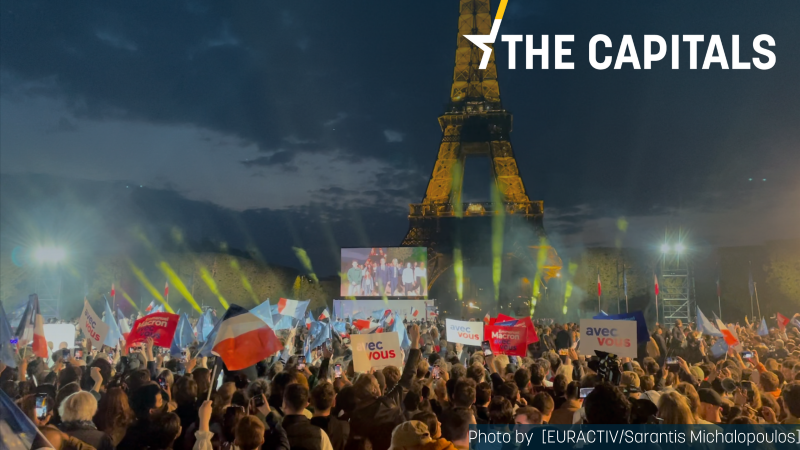 Most EU leaders focused on democracy winning against the extreme right in their congratulation messages. In contrast, others reminded President Emmanuel Macron that he needs to pay more attention to social and ecological policies.  [EURACTIV/Sarantis Michalopoulos]

Before you start reading today’s edition of the Capitals, feel free to have a look at the article EU-India trade talks gain momentum amid Ukraine war written by Alexandra Brzozowski.

Editor’s take: A collective sigh of relief. Losing Emmanuel Macron, one of Europe’s few political poster boys, would have been a disaster. A Marine Le Pen presidency would have been a body blow for the EU on a par with Brexit. That crisis has been avoided. Read more.

For many different reasons, leaders across Europe have hailed the victory of Emmanuel Macron in the second round of the French elections. Most EU leaders focused on democracy winning against the extreme right in their congratulation messages. In contrast, others reminded President Emmanuel Macron that he needs to pay more attention to social and ecological policies. Read more.

Dutch to stop using Russian gas by year-end. The Netherlands plans to end its reliance on Russian gas by the end of 2022 by focusing on saving energy, sustainability, and importing energy from other countries, Climate Minister Rob Jetten said during a cabinet meeting on Friday, Dutch News reports. Read more.

Finland reduces electricity transmission from Russia. Finland has decided to restrict the transmission capacity in cross-border connections to Russia as it fears cyberattacks and other forms of harassment if it applies for NATO membership. Read more.

Sweden denies involvement in Ukrainian reconstruction. Sweden and Ukraine have not struck an agreement about rebuilding the southern Mykolaiv region, the foreign ministry wrote in a communiqué, denying the announcement made by Ukrainian President Volodymyr Zelenskyy. Read more.

Bulgaria negotiates gas independence from Russia. Bulgaria will be independent of Russian gas supplies and the only issue to resolve before signing a contract for alternative supplies is the price, said Democratic Bulgaria MP and deputy chairman of the energy committee in the Parliament, Ivaylo Mirchevon, on Saturday before BNT. Read more.

Albania looks at gasification with a €4 billion price tag. Amid the global energy crisis, exacerbated by the war in Ukraine, Albania is working to diversify its energy sources, including by introducing gas and wind power, with the former set to cost up to €4 billion to implement. Read more.