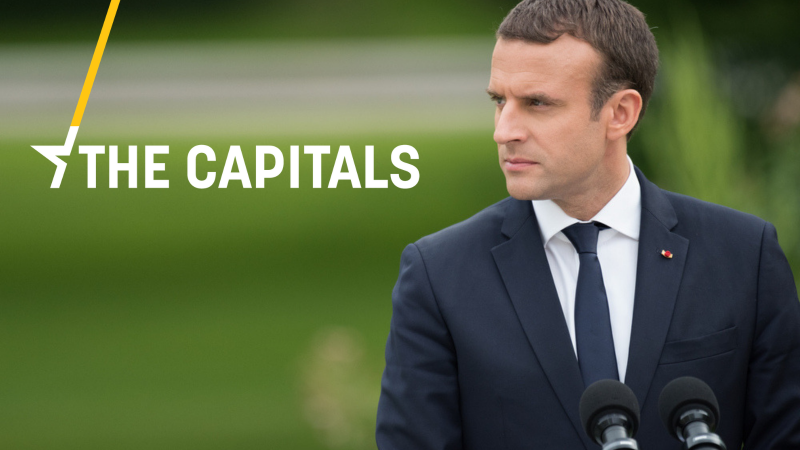 LREM keeps its distance: La République En Marche, the French party created by President Emmanuel Macron said it would not be affiliated to a party which receives money from private companies, after Marine Le Pen’s extreme-right National Rally accused the liberal ALDE group of being financed by Monsanto.

The discussion about re-authorising Monsanto’s controversial weed-killer glyphosate has sparked an intense debate in Europe, especially in France, which has demanded a full ban on it.

LREM wants to create a new European political party and dreams of a new political group. “We have contacts with some 30 parties in Europe, and we continue to approach new parties. We have an alliance strategy that is based on a common vision of Europe,” LREM said.

French ready for a no deal Brexit: “We are ready for any scenario, including a no deal Brexit. We owe that to people”, French minister for European affairs Nathalie Loiseau said after the British parliament once again rejected the Brexit Withdrawal Agreement. (Aline Robert, EURACTIV.fr)

Prime Minister Theresa May’s Brexit deal was defeated in the Commons by 149 votes on Tuesday evening (12 March), in a move that places further question marks over the nature of UK’s withdrawal from the European Union. MPs in the Commons are now set to vote on Wednesday (13 March) on whether to leave the EU without a deal or not. Read the full story here. (Sam Stolton, EURACTIV.com)

Industry warns about populism: Chief executives of German top industries Eon, Evonik, RWE and ThyssenKrupp have warned about the emergence of populists and called on their employees to participate in the EU elections.

“For decades, there has been a European and mostly global consensus that more cooperation leads to more prosperity for all,” Eon chief Johannes Teyssen told Westdeutschen Allgemeinen Zeitung. This consensus is now “threatened,” he added. A high voter turnout could strengthen Europe’s cohesion and at the same time reduce the electoral chances of populists,” he added.(Claire Stam, EURACTIV.de)

20 years in NATO: Poland has celebrated the 20th anniversary of its NATO membership. Georgette Mosbacher, US ambassador to Poland, praised Warsaw for spending 2% of its GDP on defense. “Secure Poland means secure the United States,” said Mosbacher.

In Prague, Poland’s President Andrzej Duda said that he strives for a permanent presence of US troops on Polish territory so that “Poles will be able to directly feel that they belong to the alliance”.

Both Duda and PM Mateusz Morawiecki underscored that NATO had “played a vital role in stabilisation of Central and East Europe after the fall of the Iron Curtain”. (EURACTIV.pl)

Belgian PM in Berlin: Belgian PM Charles Michel flew to Berlin yesterday where he met with German Chancellor Angela Merkel. Regarding the Brexit talks, the leaders spoke of an “outstretched hand” regarding the agreement reached between the EU and the British Prime Minister Theresa May on late Monday night. In addition to Brexit, they discussed preparations for the next EU summit, the question of the EU budget and the future of cohesion funds, which are important for Belgium. (Alexandra Brzozowski, EURACTIV.com)

New strategy against energy poverty: The Spanish government will approve a National Strategy Against Energy Poverty affecting between 3.5 and 8 million people in the country before the end of their mandate, Minister for Ecological Transition Teresa Ribera announced on Tuesday (12 March).

Ribera explained that the strategy aims to provide a clear definition of energy poverty, better diagnosis of the current situation in the country and set specific objectives to reduce its impact by 2024.

“Whatever happens from now on, the Union should continue the integration process. The next European elections will be a decisive moment,” Sánchez said. (Beatriz Rios, EURACTIV.com)

Better not skip school: Asked by reporters if the government should back the global school ‘strike’ for climate, Italy’s Education Minister Marco Bussetti retorted that pupils had to go to school regularly. Inspired by the teen climate activist Greta Thunberg, students around the world are expected to skip school on March 15.

However, Italy’s head of state Sergio Mattarella, struck a different tack, stating in a public speech that, “we are on the verge of a global climate crisis, which requires globally agreed measures to prevent it.”

No ‘progressive’ alliance: There will be no pro-EU alliance for the upcoming elections in Italy, former minister Carlo Calenda has said. The liberal centrist +Europa has refused to run together with the centre-left Partito Democratico and Calenda’s newborn platform Siamo Europei.  (Gerardo Fortuna, EURACTIV.com)

A new criminal code as a reform: After three and a half years, a new criminal code has been published for consultation by the ministry of justice. The blueprint proposes major changes in a bid to have fewer people in jail, by reducing penalties, abolishing crime categories, and proposing modern alternative penalties.

The conservative main opposition New Democracy party and the youth party of ruling leftist party Syriza have reacted strongly, especially to the provision to reduce penalties for those who lead terrorist organisations or have explosives at their disposals. They both fear that this could help Greek neo-nazi party Golden Dawn, which faces an ongoing trial.

Slovak PM grilled by MEPs: Slovak PM Peter Pellegrini (S&D) was praised in the European Parliament for his strong pro-EU message, in which he also supported Macron‘s EU vision. However, he was also criticised by many MEPs. Liberal MEP Sophie in’t Veld, who visited Slovakia several times after the murder of investigative journalist Jan Kuciak, called on him to “break from“ former PM Robert Fico, who represents “old Slovakia”.

Fewer Bulgarians want to emigrate: The willingness of young Bulgarians to migrate has been decreasing over the years, but still remains a chronic problem, according to a survey conducted by Gallup International.

“In 2002, they were 14%, but in 2018 they are already 61%,” Professor Boris Popivanov from the Institute of Sociology “Ivan Hadzhiiski” said. The study also showed that young people prefer to live longer at their parents’ home, not because of financial problems, but because they want to, he added.

Croatia for stronger cooperation in the Eurozone: Croatia is looking forward to deepening cooperation in Eurozone and sees no reason to worry if some changes, which will apply to Zagreb as well, come before it joins it, Finance Minister Zdravko Maric said. (Željko Trkanjec, EURACTIV.hr)

Republika Srpska against the Croatian gas pipeline: The government of Republika Srpska, part of BiH’s, has refused to give its consent to the project linking BiH to the gas network in Croatia. The project aims to reduce the dependence on the only existing gas pipeline coming from Serbia and exclusively serving the gas distribution of Russian suppliers (Gazprom). This interconnection was supposed to be connected to the future LNG terminal on Croatian island of Krk. The project has the support of the Energy Community of South East Europe. (Željko Trkanjec, EURACTIV.hr)

Too many chemists: Representatives of more than 1,500 pharmacies have announced that around 3,900 pharmacies currently operate in Serbia while the optimal number is around 1,800, according to EU standards. They stated that 900 new ones had opened in the last two years alone. The chemists are calling for the new draft Law on Activities of Pharmacies to include a provision on demographic-geographic criteria which would apply to all pharmacies, not only state ones. (Julija Simić, Beta-EURATIV.rs)