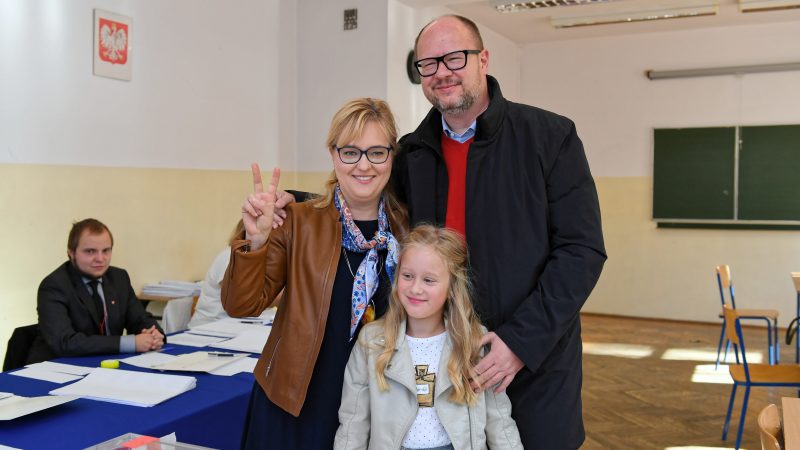 The mayor of the Polish city of Gdańsk, Paweł Adamowicz, was stabbed on Sunday (13 January). Piotr Kaczyński reports in his blog 2019euelectionspoland.com.

At 20:00 on Sunday night, Mayor Adamowicz (53) was stabbed in the stomach multiple times during a charity concert. The attacker forced himself on stage and attacked the mayor with a knife.

The attacker identified himself as “Stefan” and shouted off the stage: “I was innocently jailed. The Civic Platform tortured me. This is why Paweł Adamowicz is dead,” before the police arrested him.

Earlier that day, Adamowicz had been collecting money for the WOŚP charity and had told followers that he had improved on his personal best as a campaigning volunteer. In 2019, he has collected 5,613 zł (about €1,300).

Morawiecki condemned the assault and called on the interior minister to keep him up to date with latest developments. Brudziński called the attack brutal and barbaric.

European Council President Donald Tusk, a native of Gdańsk, expressed his emotions on Twitter: “Let us all pray for Mayor Adamowicz. Paweł, we are with you”.

Mayor Adamowicz was given first aid on stage before being taken to a hospital in a serious condition.

Paweł Adamowicz has been mayor of Gdańsk since 1998. His first steps in politics were with the Liberal-Democratic Congress (KLD), the first party of Donald Tusk. He was among the founding members of the Civic Platform (PO) in 2001.

Adamowicz has won all the direct elections for the mayorship of Gdańsk since 2002. The mayor fell out with the PO in 2015 when he was accused of irregularities in his financial statements. Despite problems in the last elections in November 2018 run-off, he defeated PiS candidate Kacper Płażyński.

The blog 2019EUelectionsPoland is part of the journalistic project #Gimme5EU for covering the EU elections in five countries: Poland, Italy, France, Romania and Bulgaria.