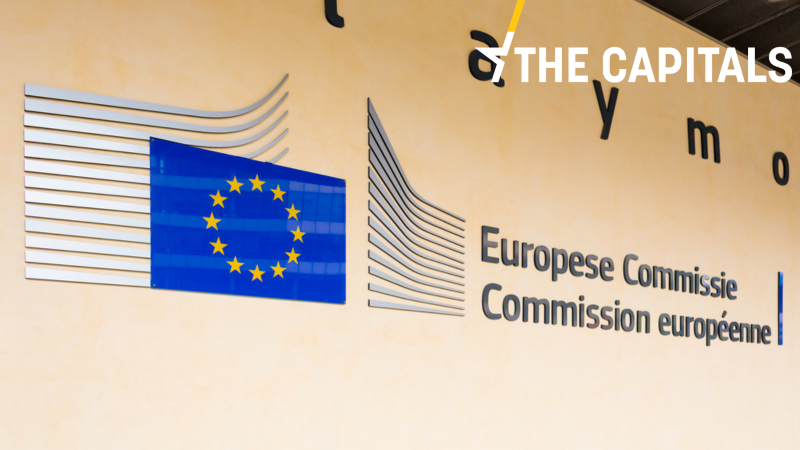 But EURACTIV has learnt that some member states asked for specific EU Commission posts before giving their green light for the new EU leadership.

For instance, it seems that the migration policy portfolio will remain in Greek hands. Greek media reported that socialist leaders and German Chancellor Angela Merkel assured Prime Minister Alexis Tsipras that his country will keep the migration portfolio, currently held by conservative Commissioner Dimitris Avramopoulos. On 7 July Greece has national elections and it’s highly possible that the government will change.

Sources told EURACTIV.gr that although migration tops the country’s political agenda, the new government might look for another portfolio. The same sources said if New Democracy (EPP) wins the elections, former PM Antonis Samaras would be a strong candidate for a Commission post “related to energy”.

Zagreb has never said it openly but is eyeing Corina Cretu’s post. Circles close to the government say that Croatian PM Andrej Plenković would like to get the regional policy portfolio.

In exchange for his support for the package, Italian PM Giuseppe Conte obtained a vice presidency of the Commission and the competition portfolio. The right-wing Lega party will appoint the Italian Commissioner.

In Paris, government sources told EURACTIV.fr that Pascal Canfin would be perfect as EU Commissioner for the climate. The MEP, who used to be a Green party member and led WWF France before campaigning with Macron’s Renaissance, served as development minister under Français Hollande.

EURACTIV France says if German Ursula von der Layen ultimately gets the Commission presidency, it would be too difficult to tell Macron “no”.

Slovenian PM Marjan Šarec said his country was interested in the enlargement portfolio. “We have said on several occasions that we are familiar with the Western Balkans and can contribute in that regard,” Šarec told reporters.

Meanwhile, Bulgarian PM Boyko Borissov is so pleased with Commissioner Mariya Gabriel, that he wants the same digital portfolio for her in the next Commission. In public statements, he repeats that Gabriel (who he calls Nedelcheva, by her maiden name), is “the best” or “one of the best” commissioners and that the digital portfolio is “the most modern” and “most real” portfolio.

The Czech government expressed in May its desire to obtain the trade or internal market portfolio while Lithuania is expected to decide on its priorities for the next EU executive mid-July.

The UK, due to leave the EU by 31 October this year, has sat out the discussion on the EU top jobs. However, should the UK require a future extension to the halloween deadline, its government would be required to confirm a representative in the EU’s executive branch.

A high-level Commission official informed EURACTIV recently that should this be the case, a further extension until the end of March 2020 is “feasible,” and in such a scenario Commissioner Julian King’s mandate would run until this date.

WHAT DID VISEGRAD COUNTRIES GET?

The V4 (Hungary, Slovakia, Czechia, Poland) celebrated the defeat of the socialist candidate for the Commission presidency, Frans Timmermans.

For Polish PM Mateusz Morawiecki, Poland “achieved its goals”. Warsaw fiercely opposed Timmermans’ candidacy, because as a vice-president of the EU Commission, he criticised Poland for the rule of law violations and sweeping judiciary reforms.

“It is unacceptable that populist governments represented in the Council rule out the best candidate only because he has stood up for the rule of law and for our shared European values,” commented the social democrat group leader (S&D) Iratxe García.

However, in practice, the V4 got nothing.

In Warsaw, Władysław Kosiniak-Kamysz, leader of the Polish People’s Party (PSL/EPP), the government failed to build a “positive” coalition and has been left empty-handed.

“Winning the EU elections in Poland is one thing, but Polish government has no power in Europe and failed to secure an important position that will be crucial for the future of Poland in the next 5 years”, he said.

In Bratislava, Tomas Valášek, former Slovak ambassador to NATO and chairman of Carnegie Europe wrote in an op-ed that for the first time in a long time it appears that no key EU position will be occupied by a person from Central Europe, and that applies to NATO as well.

He said the reputation of V4 was at its lowest point since the 2004 accession and suggested that Slovakia should not hesitate to distance itself from the rest of the V4 when it disagrees.

In Prague, analysts also agreed that the V4 were left empty-handed. The EU top jobs nominations are a defeat of the Central and East European countries, and the obstructive approach of the V4 during the EU summit also played a part, Czech analysts told the Czech News Agency.

Slovak EU Commissioner Maros Sefcovic had been touted as a candidate for the High Representative for Foreign Affairs and Bulgarian Kristalina Georgieva as a possible EUCO President.

Spain’s comeback to EU politics. El Pais reported that Spain had returned to the front lines of European politics. Josep Borrell will be the new High Representative for Foreign Affairs, replacing Federica Mogherini. “Spain is back,” PM Pedro Sánchez said.

EURACTIV’s partner EFE reported in May that after Brexit, the Iberian country saw an opportunity to claim a position in the EU’s core.

She said when the EPP top candidate Manfred Weber (CSU) realised that he didn’t have a majority, he put aside his personal interests “for the sake of Europe and Germany” and left space for Timmermans to get the Commission post.

But from the socialists’ side, she said, compromise “has been missing”. She said the SPD made it clear that it was only looking out for its own “political interest” while Weber’s approach deserves “respect”, she said. (Claire Stam, EURACTIV.de)

No top jobs for the Dutch. After Frans Timmermans was overlooked for the Commission presidency on Tuesday and Italy’s David Sassoli was elected as Parliament chief on Wednesday, it looks like the Netherlands will have no representatives in any of the top institutional positions. None of the candidates for vice-president of the EU assembly hailed from the Benelux country, meaning Timmermans, in his likely ‘highest vice-president’ Commission role will be the top ranking Dutch national.

Visa request denied. The Dutch government’s plea to the European Commission to suspend Albania’s visa liberalisation agreement has been rejected. After “careful assessment” by the EU executive, insufficient evidence was found to reintroduce travel restrictions. The Dutch parliament had voted in June to make the request, after lawmakers insisted the visa-free regime was a benefit to organised crime. EU Ambassador to Albania Luigi Soreca said the Commission would continue to “closely monitor” the Balkan nation’s situation and said now is an opportunity for the country to “move forward with reinvigorated energy on its path to EU integration”. The EU Council is expected to make a decision on whether to open accession talks in October.

Sassoli’s ‘Painful’ Brexit: Newly elected European Parliament President, Socialist David Sassoli, has described the UK’s decision to withdraw from the EU as “painful,” in his first address to the Parliament in Strasbourg.

“With all due respect for the choices made by British citizens, as far as we Europeans are concerns, this is a political transition that has to be pursued in a reasonable way [and] in a spirit of dialogue, but with constant respect for the rules,” Sassoli said.(Samuel Stolton, EURACTIV.com)

Failed projects for the army. Two of the three major armament projects of the Bulgarian Army will not be accomplished this year and the defence ministry and MPs of the ruling GERB party have already started the blame-game. According to Dnevnik sources, there will be lack of funds in the budget for new armored vehicles and ships, and there are doubts about the capability of the military personnel to prepare and run projects for hundreds of millions of euros. (Dnevnik.bg)

Croatia soon to send in a letter of intent to join ERM II.“In the letter we will specify what we plan to fulfill in the next 12 to 18 months and then we will see what comes next”, minister of finance Zdravko Marić said about his country’s next step towards joining the euro. Marić recalled that the government had recently sent a letter to the European Central Bank seeking close cooperation. Croatia is planning to enter the Eurozone and Schengen during the new Commission’s mandate. (Željko Trkanjec, EURACTIV.hr)

Two conditions for dialogue. Kosovo’s PM Ramush Haradinaj has said he has two conditions for accepting dialogue with Serbia. He said the dialogue was an issue of major national importance, that required the support of the opposition, while the other condition, according to him, is defining a framework that would ensure the recognition of both countries within the existing borders, without which he will not participate in talks. (beta.rs, EURACTIV.rs)