The resolution calls for the Czech prime minister to be excluded from the negotiations until the Commission and the European Anti-Fraud Office (OLAF) have concluded their ongoing investigations into the conflicts of interest allegations against him. EPA-EFE/IAN LANGSDON

The European Parliament will vote on Friday (19 June) on a resolution calling for the reopening of the investigation against the Czech Prime Minister into EU funds received by the agrochemical holding Agrofert .

Written by the Committee on Budgetary Control (CONT), the resolution calls for the European Commission to adopt a “zero-tolerance policy” on conflicts of interest involving the allocation of EU funds.

“It is ironic that people like Andrej Babiš are so critical of the European project when they benefit so much from its funds,” Dutch MEP Lara Wolters (S&D) told a press conference on Thursday (18 June). 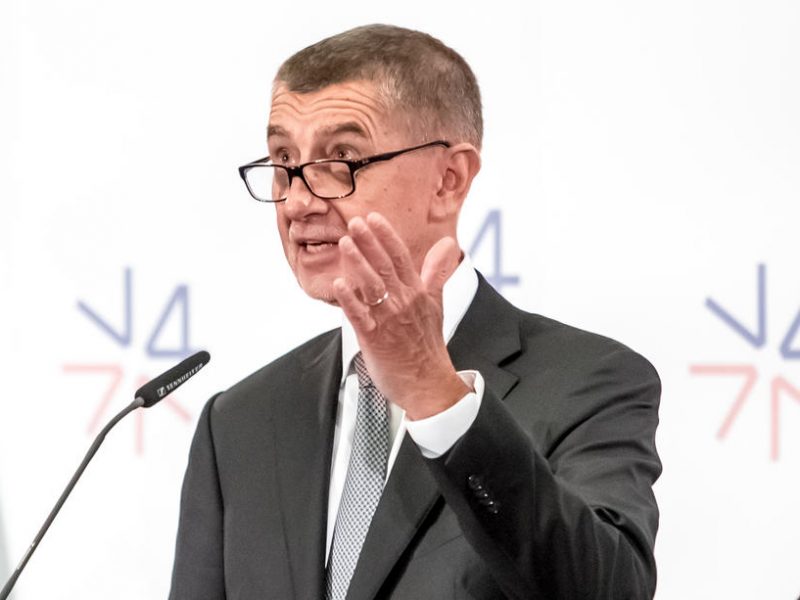 Specifically, the resolution calls for the Czech prime minister to be excluded from the negotiations until the Commission and the European Anti-Fraud Office (OLAF) have concluded their ongoing investigations into conflicts of interest allegations against him.

“It is unacceptable that a company in the hands of a single person should receive three, four or even six hundred million euros over seven years,” said CONT committee chair Monika Hohlmeier (EPP), who backed the Commission’s proposal to limit CAP payments to individual companies to €100,000.

The resolution was based on a fact-finding mission to the Czech Republic by six members of the CONT Committee in February, who concluded that “responsibilities are widely distributed, no institution or authority has a systematic overview. There is no systematic transparency about who receives which funds or is the owner of a company,” according to Hohlmeier.

The Czech Supreme Audit Office does have the right to carry out on-site inspections, and a motion to change this lies unprocessed in parliament.

The MEPs also complained that they were threatened during their fact-finding mission. “We were under pressure. We were faced with an aggressiveness that I had never experienced before,” said Hohlmeier, who reported receiving threatening letters.

There have been frequent accusations of conflicts of interest against the prime minister, who is considered to be the second richest man in his country with assets estimated at €4-5 billion.

Agrofert, which he founded, has been held in a trust since Babiš entered politics. It involves some 230 companies from the agricultural and chemical industries, as well as large parts of the media sector. In 2018 alone, the group received around €70 million in EU subsidies.

Babiš has vehemently rejected the accusations against him and described as a “witch hunt” by his political opponents.

If one of the sticking points of the current MFF negotiations were to be resolved, EU agricultural and structural aid would in future be linked to a rule of law assessment.

Although Germany has declared this to be one of the priorities of its EU Council Presidency, Poland and Hungary, in particular, have been resisting this and accusing the EU of “blackmail”.

At yesterday’s press conference (18 June), German MEP Daniel Freund (Greens) warned that this was essential for a functioning rule of law system, “because we have a structural problem in the EU that supports kleptocratic structures in some member states”.

Freund called for Brussels’ control mechanisms to be strengthened financially, given the EU’s currently available financial support for reconstruction.