After winning the race in a run-off, Armin Laschet is the new chair of the CDU. [EPA-EFE | Filip Singer/Pool]

North Rhine-Westphalian (NRW) state premier Armin Laschet has been elected the new chair of Germany’s ruling conservative CDU and will lead the party into the September Bundestag elections, with a good chance of becoming the next chancellor. EURACTIV Germany reports.

A close Merkel ally and seen as pragmatic politician set to continue the more liberal course charted by her, Laschet was picked on Friday and Saturday (15-16 January) and will succeed Annegret Kramp-Karrenbauer at the party’s helm.

Laschet was an MEP from 1999 to 2005. In Brussels in 2011, Laschet attracted attention because – contrary to most of his party colleagues – he spoke out in favour of a closer fiscal union, including an open debate on joint borrowing through eurobonds.

He is the only one of the three CDU candidates who has already proven he knows how to win elections: despite poor performances in the polls, he was able to win the office of NRW’s minister-president for the CDU in 2017. 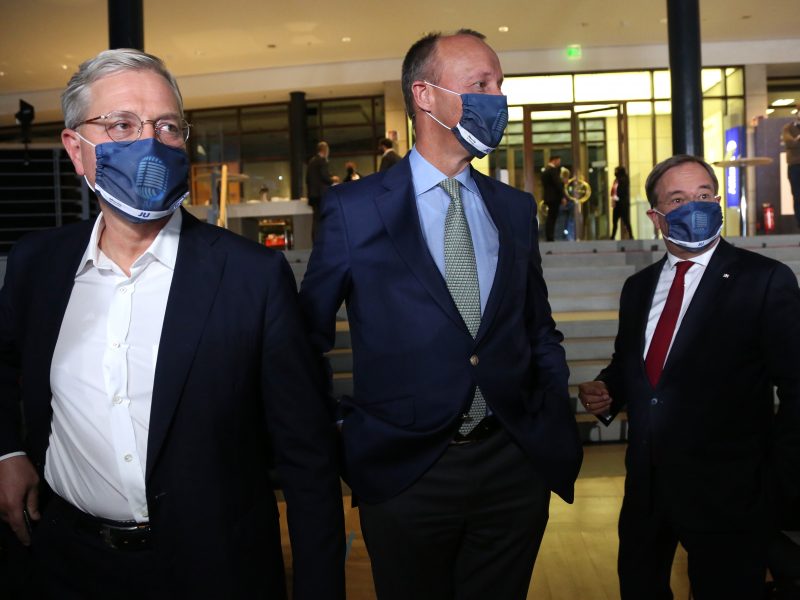 Germany’s ruling conservative CDU will choose its new leader on Saturday. Whoever of the three candidates wins has the best chance of becoming the next chancellor – and thus one of the most powerful people in Europe. EURACTIV Germany reports.

He ran in tandem with Health Minister Jens Spahn, whose popularity ratings have recently soared during the pandemic. Spahn was elected to be deputy party chair on Saturday, and it is even possible that he, instead of Laschet, may become the CDU’s candidate for chancellor. Another option is Markus Söder, Bavarian premier from the CDU’s sister party, CSU.

What does this election mean for the EU?

“The CDU is the European party. One of the main tasks of the new party chair will be to find new basic positions on European policy,” said Katja Leikert, deputy chair of the CDU parliamentary group, who is also responsible for European policy.

For Europe, Laschet’s election is “a good sign,” Leikert told EURACTIV Germany. All three candidates were pro-European, but Laschet was “a guarantor for the continuation of Germany’s European course.”

Domestically, Laschet says he stands for “a level-headed approach and avoiding extremes”, insisting on societal cohesion and the social market economy.

He also defended Merkel’s stance during the 2015 refugee crisis and is known for his liberal politics, passion for the EU and ability to connect with immigrant communities.

On foreign policy matters though, Laschet is considered by some in Berlin government circles as ‘too soft’ on Russia and China. On the latter, he has repeatedly pledged to protect German export industries. He has also been less critical in tone towards Washington, stressing he intends to improve transatlantic cooperation on climate and trade.

In Leikert’s opinion, Laschet was able to win over delegates particularly through his experience in government. He also skilfully struck a balance between promises of continuity and further development of Merkel’s course.

Notably, and unlike most of his party colleagues, he never had a public dispute with Merkel.

During his campaign, Laschet said a change of direction for the party would “send exactly the wrong signal”. Although he somewhat had to distance himself from the Chancellor, he paid her respect: “That conveyed loyalty and integrity,” Leikert said. 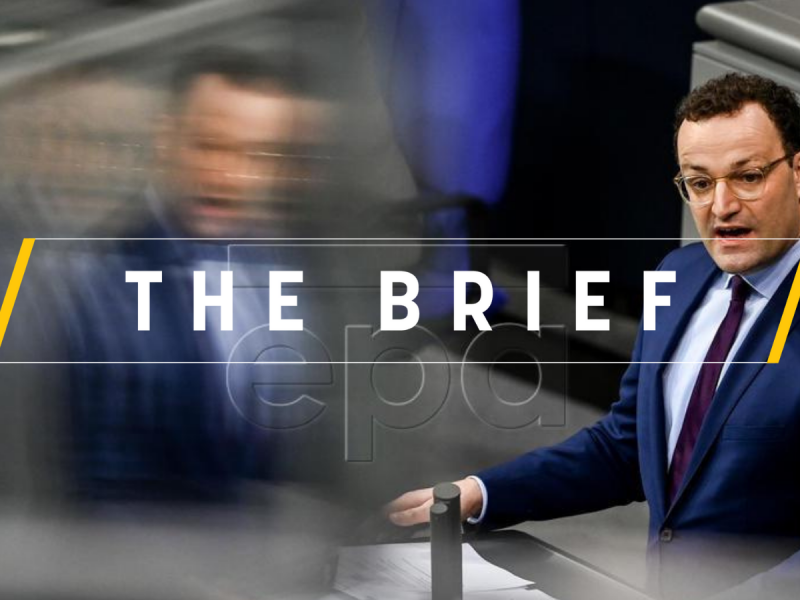 Germany’s Christian Democrats are set to elect their new leader among the three candidates vying for top post this weekend. But the winner might not necessarily go on to become the party’s designated candidate to run for the chancellorship in this year’s general election.

On track for a coalition government with the Greens?

If he wants to become Germany’s next chancellor, Laschet will have to take new political parameters into account, namely the rise of the Greens and the dominance of the fight against climate change in the upcoming election campaign.

Surveys conducted in the months following the outbreak of the pandemic consistently showed that combatting climate change remains a major concern for citizens, businesses, and political parties, despite the economic turmoil caused by the pandemic.

This is indeed reflected in current political preference, with the Greens coming in at over 20% in a recent poll conducted on 15 January, the CDU/CSU at 37% and the SPD at 15%.

But a possible coalition government between the two main political forces is ill-fated at the moment. NRW is the historic stronghold of the fossil fuel industry. The dispute over Hambach Forest is a remarkable symbol of the political tensions surrounding the issue of coal.

“If Laschet carries his course on climate and coal policy in NRW over to the federal government, things will look bad for climate protection in Germany,” Green MP Franziska Brantner commented to EURACTIV Germany.

On the part of the CDU, the tone remains firm: “It may be that we have to hold negotiations with the Greens after the election. But I promise you one thing: The Greens will swallow more toads in the coalition negotiations than some of them have carried across the street,” said Paul Ziemiak, CDU secretary-general, in his speech on Friday.

Kick-off to the ‘super election year’

This is the first step in Germany’s ‘super election year’. 2021 will see elections held in six of the 16 states before the country elects members of the German Bundestag and thereby also the chancellor on 26 September.

This will also mark the end of the Merkel era.

Saturday’s vote for CDU leader is not only the kick-off for Germany’s elections but also other crucial votes in Europe. A few months after the Germans, France will enter its own presidential election campaign cycle, completing the one-two electoral punch in the two biggest EU economies.