EU should not be ‘just a bank account’, French mayor says 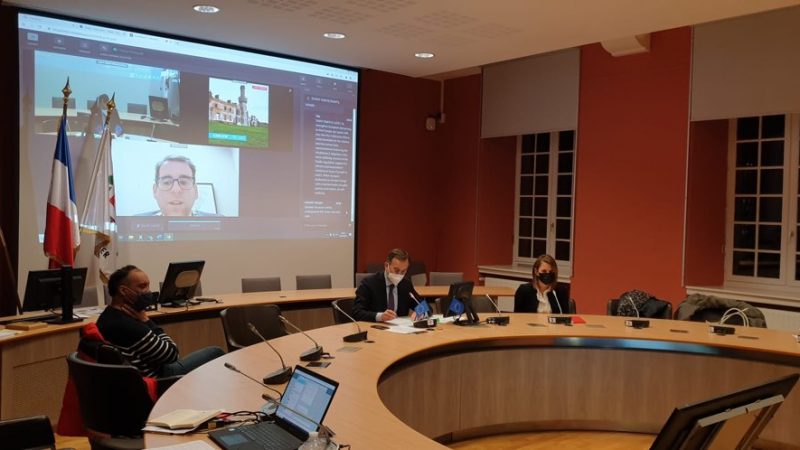 Elected local officials are crucial in bringing the EU closer to citizens and showing them it is not just about receiving funds, the mayor of the small French town of Saint-Omer told EURACTIV France in an interview.

In 2021, France had nearly 35,000 municipalities. Within these, Saint-Omer in northern France, home to 15,000 people, is linked to the EU through history and geography, mayor François Decoster explained.

“The elected representatives of the territory are a relay that is now more obvious to the European institutions,” Decoster noted.

He added he had seen “a lot of changes in the attention given to us by the Commission” in the last ten years, but cautioned that while work with the European Parliament “has improved a lot”, there was still work to be done with the Council.

Decoster has been mayor since 2014 and is a member of the Hauts-de-France regional council. As a committed European, he also sits on the European Committee of the Regions (CoR) in the Renew group.

The CoR is a consultative body of the EU that brings together local and regional representatives from across the bloc, allowing them to make their voices heard directly by the European institutions.

“We are 1.1 million local and regional elected representatives throughout the EU. This is an extremely important group of citizens who are involved in the life of their territory,” Decoster told EURACTIV France.

Convinced that it is essential to talk about Europe at the local level, the mayor of Saint-Omer has set up ‘correspondents’ to bring European news to the public.

Each year, he also holds a “European walk” during which fellow citizens discover buildings and infrastructure built thanks to European funds or benefitting from them daily, such as the local organisations helping young people in their integration.

But “Europe should not be limited to a bank account”, warned Decoster.

Conference on the Future of Europe

The residents of Saint-Omer took part on Thursday (13 January) in a citizens’ workshop organised as part of the Conference on the Future of Europe, a series of consultations intended to bring new ideas for improving the EU.

Citizens from twelve territories in eight member states were able to exchange views and come up with proposals on EU matters.

“[The participants] are still talking about it! Not as something that will bring in EU co-financing, but as a real manifestation of a common European identity,” Decoster said.

They came up with three main recommendations: The EU must work to bring the European bodies and the citizens of the bloc closer together, take the lead in the fight against global warming and, finally, review its strategy for welcoming migrants by showing more “solidarity”.

On this last point, the mayor of Saint-Omer noted that there is a desire for “everyone to take their share of responsibility”.

At the same time, his town is located some 40 km from Calais, the site of a former major refugee camp, and he considers, not without pride, that he has “done [his] share, with great success in integration”.

These observations should feed into the debates of the Conference’s plenary assembly. France hopes to see the end of this democratic overhaul process, initiated in 2021, under its presidency of the EU Council.

“The Conference on the Future of Europe will not be a failure,” French President Emmanuel Macron assured journalists in early January. French EU presidency has hope for Conference on Future of Europe

The EU needs to reflect on current mechanisms, legislation, and processes, and the ongoing Conference on the Future of Europe (CoFoE) will not fail, a senior French official has said in a rare show of support for the fledgling democratic exercise.