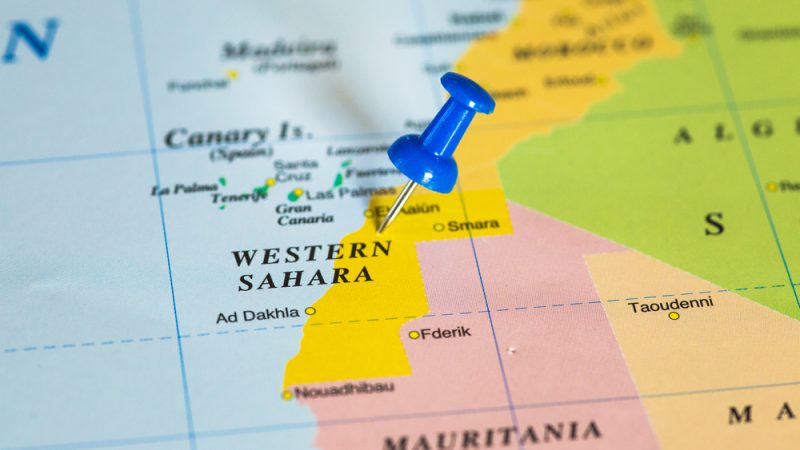 Rabat controls most of Western Sahara, which it views as its own territory. Photo: Shutterstock, Wead.

Morocco and Germany agreed Wednesday (16 February) to overcome “misunderstandings” and renew “close amicable relations” after a year-long diplomatic freeze, including over the issue of the disputed Western Sahara.

The announcement followed a video conference between Moroccan Foreign Minister Nasser Bourita and his German counterpart Annalena Baerbock on the eve of a summit in Brussels between the European Union and the African Union.

The pair agreed to “build on the special quality of bilateral relations in all spheres in the spirit of… mutual respect”, a joint statement said.

“They stressed the considerable interest of both sides in close amicable relations,” it added, and “agreed to enter into a new dialogue to overcome the misunderstandings that have arisen”.

Baerbock “welcomed the return of His Majesty’s ambassador to Berlin” and said a new German ambassador would arrive in Rabat “shortly” — the first concrete signs of the thaw.

In March last year, Rabat said it was suspending contacts with the German embassy in the North African kingdom over “deep misunderstandings” on “issues fundamental for Morocco”.

Then in May, it announced the recall of its ambassador for consultations and accused Germany of unspecified “hostile acts”.

The post of German envoy to Morocco has since been vacant.

Germany’s criticism of former US President Donald Trump’s recognition of Moroccan sovereignty over the disputed Western Sahara was among the apparent points of friction.

Germany is one of Morocco’s main economic and trade partners.

Rabat controls most of Western Sahara, which it views as its own territory.

Morocco fought a 15-year war with the Polisario Front independence movement after Spain withdrew from its former colony in 1975.

A United Nations-monitored ceasefire deal provided for a referendum, but Morocco has since rejected any vote that includes independence as an option, offering only limited autonomy.

In 2020, Morocco renewed official relations with Israel while Washington recognised Rabat’s sovereignty over Western Sahara in a series of normalisation deals brokered by the Trump administration.

The Morocco-Germany diplomatic rift began to ease in December when Rabat welcomed “positive announcements and constructive positions” from the new government in Berlin.

Germany’s foreign ministry had said Morocco “plays an important role in the stability and sustainable development of the region” and that a proposal by Rabat of autonomy for Western Sahara was an “important contribution” to a settlement.