The targets of budget surpluses imposed by lenders on Greece as part of its bailout terms were not realistic and will have to be changed, EU economics affairs Commissioner Pierre Moscovici said on Thursday (28 February). EURACTIV Greece reports.

Following eight years of exhausting austerity policies, Greece exited the bailout last August. Since then, its finances have been under enhanced surveillance and it needs to achieve 3.5% primary surpluses every year until 2022.

Speaking at the Greek parliHouse yesterday, Moscovici acknowledged that the primary surpluses “are not realistic and have to be reduced at some point”.

“But this will be done in the framework of agreements to be made and to be implemented,” he said, adding that the deals already made in the Eurogroup have to be respected.

“These surpluses were not imposed by the Commission […] others did and were accepted,” he said.

He said that if he became the president of the next European Commission and the EPP’s sister party New Democracy won the next elections in Greece with a clear pro-investment programme, he would explore the possibility of re-examining the budget surplus targets.

Asked to comment on that statement, Moscovici just said he was collaborating well with Weber, who belongs to the same political family as Schäuble, Germany’s finance minister at the time of the Greek crisis who played a key role in Greek bailout negotiations.

“If Schäuble had had a more flexible attitude then, it would have helped both you and us, but we cannot change it now,” Moscovici said.

Stavros Kalafatis, a lawmaker for the main opposition New Democracy, criticised Moscovici, saying that just a day before his speech in the Greek parliament, Moscovici had said that meeting the targets for primary surpluses was not under discussion.

The relations between Moscovici and the main opposition have not been easy. Moscovici recently warned Mitsotakis not to undermine the credibility of Greece’s deal with the Eurogroup and the exit of the country from the bailout “for reasons of internal politics”. 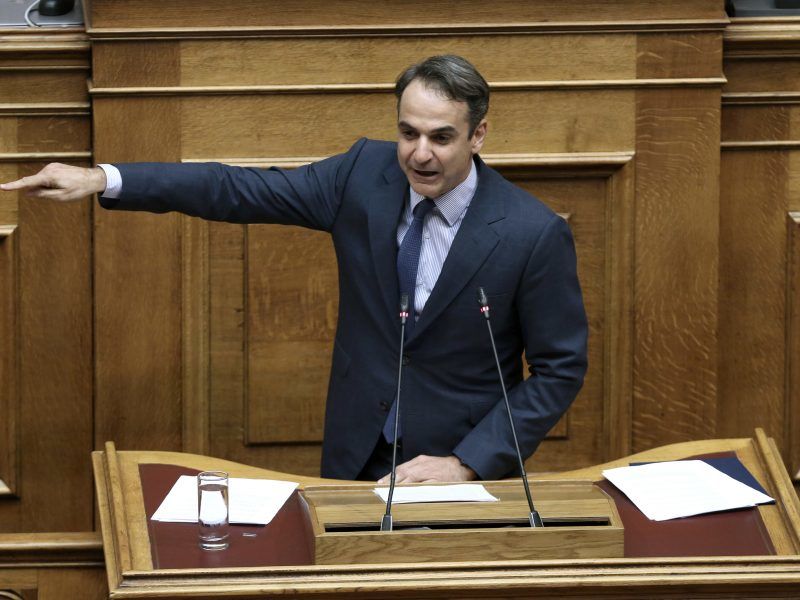