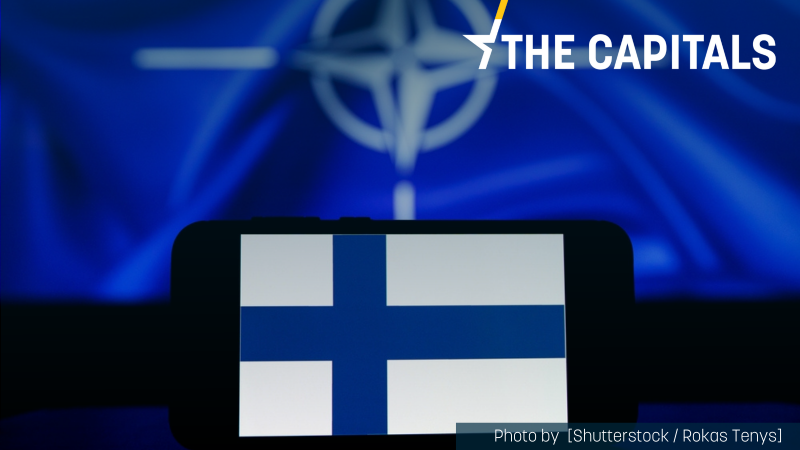 According to respondents, since the start of the war in Ukraine their belief that Russia could attack their country this year has tripled to 19%.  By 2027, 30% of the 2,800 Finns taking part in the survey believe the risk of Russian aggression will increase. [Shutterstock/Rokas Tenys]

Before you start reading today’s edition of the Capitals, feel free to have a look at the article “Czech EU presidency to prioritise fight against hybrid threats, minister says“.

Even if Finland possesses a sizeable military strength and reservists, less than half of the population is convinced that the country could defend itself against a large military onslaught alone, a fresh survey by the think-tank Finnish Business and Policy Forum (EVA) found. Read more.

Court confirms Zemmour’s controversial remarks did not deny Holocaust. The Paris Court of Appeal on Thursday confirmed that far-right pundit Éric Zemmour did not deny the Holocaust when he said French war-time leader Philippe Pétain “saved” the Jews despite this being contradicted by well-documented historical evidence. Read more.

Tensions rise in Ireland over UK Protocol threat. Irish officials continue to push back against the British government over its reported intention to scrap large parts of the Northern Ireland Protocol unilaterally. Read more.

Sweden simplifies administrative procedures for Ukrainian refugees. The Swedish government wants to make it easier for refugees from Ukraine to start working in Sweden by streamlining their administrative processes, Integration and Migration Minister Anders Ygeman announced at a press conference on Thursday. Read more.

Metsola: Up to EU to convince states opposed to treaty change. It is up to the EU to change the minds of the 10 member states, including Malta that signed a letter opposing EU treaty change, European Parliament President Roberta Metsola told EURACTIV in an interview. Read more.

EU court condemns Italy for breaching bloc pollution rules. The Court of Justice in Luxembourg condemned Italy on Thursday for failing to comply with the EU’s air quality directive as some of its cities exceeded the allowed nitrogen dioxide levels. Read more.

Spain, Morocco agree to reopen borders with Ceuta, Melilla. The land borders between Morocco and Spain’s autonomous cities of Ceuta and Melilla are set to reopen on Tuesday, two years after closure due to the COVID-19 pandemic and a diplomatic crisis, Spanish Interior Minister Fernando Grande-Marlaska confirmed Thursday. Read more.

Portuguese president says Finland sovereign in NATO decision. Finland is sovereign to decide freely on its security, and if it joins NATO, this will mark “a strengthening in European terms”, President Marcelo Rebelo de Sousa said Thursday. Read more.

Poles ready for Russian shutdown of Yamal gas pipeline. The Polish government says it is ready to disconnect Poland from Russian gas, as no Russian gas has arrived since 27 April via the Yamal pipeline that runs through the country. Read more.

Croats protest after no-abortion scandal. Thousands of Croats marched in protest rallies in nine Croatian towns on Thursday, demanding “an end to the destruction of public health and the neglect of women’s health.” Read more.

Albania increases imports from Ukraine, Russia. Imports to Albania from Ukraine and Russia have soared, both in terms of value and quantity, according to data from INSTAT for March. Read more.