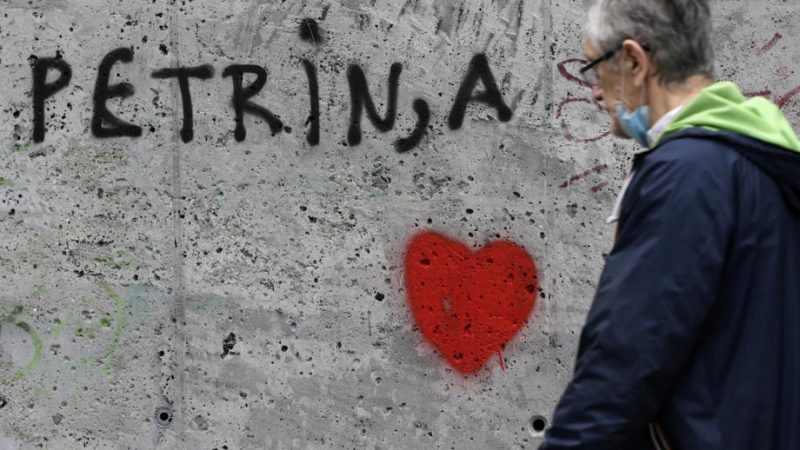 A man walks past a graffiti reading "Petrinja" in downtown Belgrade, Serbia, 30 December 2020. A 6.4 magnitude earthquake struck around 3km west south west of Petrinja, Croatia on 29 December 2020 with reports of many injuries and at least seven people dead. [EPA-EFE/ANDREJ CUKIC]

New tremors shook Croatia early Wednesday (30 December) as the Adriatic country was still picking up the pieces of a deadly earthquake that claimed at least seven lives and reduced buildings to rubble a day before.

The new 4.8 and 4.7 magnitude quakes struck in the morning in the same zone south of Zagreb that was badly damaged on Tuesday, according to the United States Geological Survey (USGS).

Rescue teams spent the night scouring ruins in the hard-hit area around Petrinja, a town 50 kilometres (30 miles) from the capital, where numerous rooftops collapsed under the force of Tuesday’s 6.4-magnitude quake.

But no new victims were found overnight by the country’s mountain rescue service, which searched more than 80 villages in the quake-hit zone, the organisation’s chief Josip Granic told reporters.

Among the dead found Tuesday was a young girl struck by falling debris on a street in Petrinja, a man who tried to resuscitate her told local media.

Five men were also killed in a nearby village, local officials said, while another man was buried beneath debris in a church in the village of Zazina, the priest told state news agency HINA. 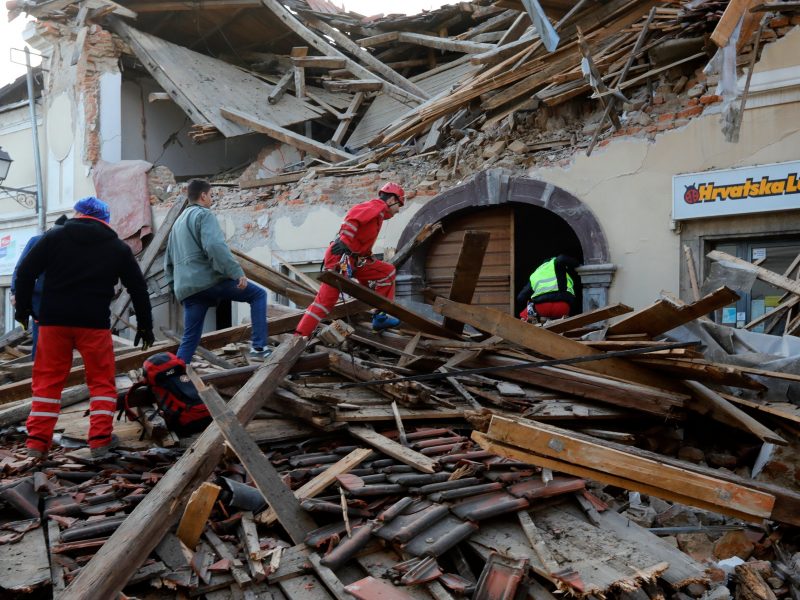 A search for survivors in Croatia stretched into the night Tuesday (29 December) after a powerful earthquake killed at least seven people in the country’s interior, tearing down rooftops and piling bricks in the streets.

Many in Petrinja spent a sleepless night in fear of aftershocks, with some opting to pass the night in cars or shelter in a nearby military barracks.

Parts of Petrinja, whose downtown was badly damaged, and the nearby town of Sisak were still without electricity Wednesday morning.

The European Union’s crisis management chief, Janez Lenarcic, was due to visit Petrinja later in the day as the bloc prepared to send aid.

I will visit the hardest hit 🇭🇷 town #Petrinja tomorrow.

This is the third earthquake to hit the area in an as many days after the first tremors started on Monday (28 December). 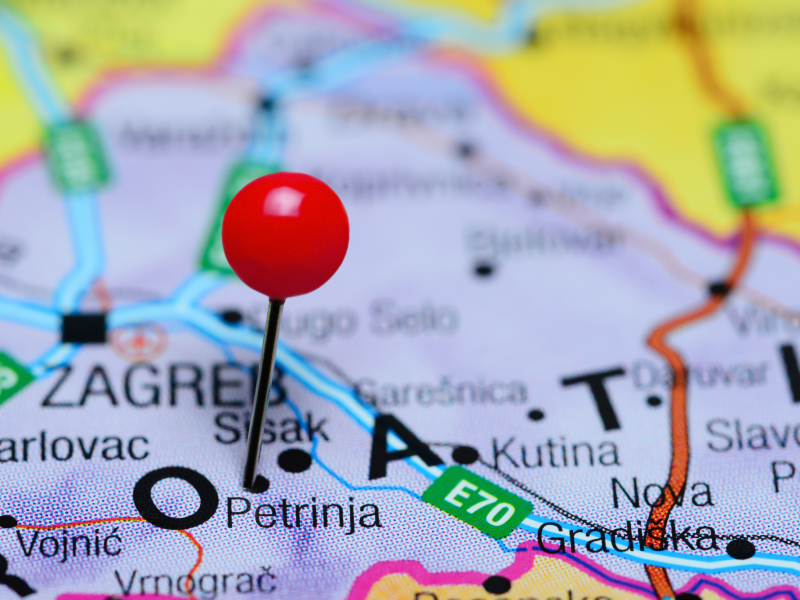 The quake in the morning was also …