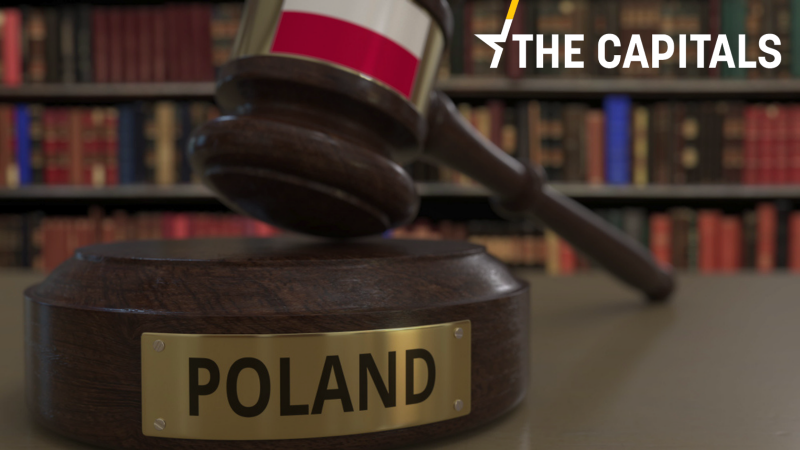 All pro-EU political groups slammed the Polish PM for his anti-EU rhetoric, with EPP group chief Manfred Weber saying, “a patriot does not have to be a nationalist”. [Shutterstock / Novikov Aleksey]

DAI-ECDPM Webinar series: Connecting Public and Private Responses for the COVID-19 Global Recovery—Lessons for a More Inclusive and Sustainable Way Forward
DAI-ECDPM webinars bring together public and private stakeholders to reflect on the impact and opportunities of COVID-19 on global development, with a focus on the European agenda for international partnerships. Continue Reading >>

The stance of the new German government on EU rule of law matters will be critical in the escalating row between Brussels and Warsaw, EU Director Forefront Advisers Christopher Glück told EURACTIV. Read more.

Slovenia hopes EU Commission, Poland will bridge differences. Slovenia, the current holder of the rotating EU Presidency, said it hoped for “constructive dialogue” between the European Commission and Poland to bridge their differences over the rule of law. Read more.

Austrian MEPs divided over new Chancellor. Ahead of the European Council meeting on Thursday, Austrian MEPs have signalled that they have different expectations of new chancellor Alexander Schallenberg, who was inaugurated on Monday last week. Read more.

UK’s ‘net zero’ programme underwhelms. The UK plans to invest £90bn and create over 440,000 jobs over the next ten years to meet its ‘net zero’ climate targets, the government announced on Tuesday (19 October). Read more.

Ireland slows rollback of pandemic restrictions as cases climb. Due to rising infection rates, the Irish government has announced that some COVID-19 measures will be extended beyond their planned end later this week. Read more.

Travel to Finland not recommended as country turns ‘red’ on EU COVID travel map. The coronavirus situation in Finland has deteriorated at an alarming pace with an incidence rate of 138 per 100,000 residents. As a result, the European Centre for Disease Prevention and Control (ECDchangeding the country’s listing from yellow to red, meaning travel there is not recommended. Read more.

Greek PM says energy is a ‘bridge’ between Egypt and Europe. When Europe is looking to diversify its energy sources, Egypt can become a provider of electricity that will be produced mainly by the sun, Greek PM Kyriakos Mitsotakis has said. Read more.

Greek justice under fire after releasing convicted neo-Nazi. A decision by the Public Prosecutor to release from prison senior neo-Nazi Golden Dawn militant George Patelis has caused unrest in Greece. It has so far been the third early release of a Golden Dawn convict, raising questions over the integrity of the Greek justice system. Read more.

Spain urges EU to take energy crisis measures ‘beyond winter’. Ahead of this week’s EU summit, Spain has urged the bloc to implement urgent and coordinated measures to mitigate rising energy prices, warning of a “risk” that energy shortages could last beyond next winter in Europe. Read more.

Portugal among group of six countries to adopt measures to tackle energy prices. Portugal is one of six EU countries that have put forward support measures to address the energy crisis after guidance from the European Commission to curb rising costs, an EU source told Lusa. Read more.

Czech police to probe if the Presidential office committed sabotage. Czech police will probe whether a crime against the republic was committed by the office of Czech President Miloš Zeman, as his office did not inform the public and other officials about him Zeman is unable to fulfil his duties, despite being aware of the situation. Read more.

Hungarian government will renovate churches in Slovakia without Slovak consent. The Hungarian government of Viktor Orbán will send over €4 million to Slovakia for the reconstruction of churches despite the Slovak government not being involved in the programme. The culture and foreign ministries found out about Hungary’s intentions from the media. Read more.

Romanian president steps in as pandemic gets out of control. President Klaus Iohannis has called a meeting of all health authorities involved in the management of the coronavirus pandemic as the death toll hit a new record high of 574 COVID-related deaths on Tuesday (19 October). Read more.

Leaked tape casts shadow on Slovenia’s environment minister. Slovenia’s embattled government has a new scandal on its hands. A recording leaked by a TV station appears to show Environment Minister Andrej Vizjak, a close aide of the prime minister, cosying up to a businessman in 2007 and offering advice on how to avoid paying tax. Read more.

Leader of Croats: We have a solution for electoral reform in BiH. Croatia has received support from many EU member states for its position that it is necessary to pass legislation reforming election law in BiH to eliminate discrimination, Foreign and European Affairs Minister Gordan Grlić Radman said on Monday. Read more.

Dodik is losing support of opposition and Vucic. Opposition parties in BiH’s Republika Srpska (RS) entity “strongly oppose” any activity that endangers security in the country. This includes the initiative of Serb BiH Presidency member Milorad Dodik to unilaterally transfer competencies from the state level to that of the RS entity, said the Serb Democratic Party (SDS) leader, Mirko Šarović. Read more.

Western Balkan countries urged to ‘rein in’ Serbia. Countries in the Western Balkans have been asked to counter Serbia’s possible threats to regional stability and security by Kosovo’s top diplomat. Read more.

Albanian opposition party calls for vetting of politicians. Albania’s main opposition, the Democratic Party, has submitted a proposal to parliament demanding the vetting of all politicians and changes to the electoral code. Read more.