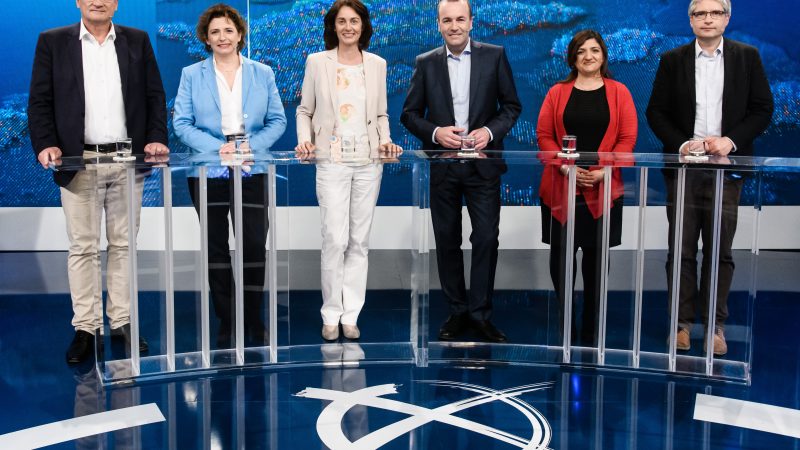 While some German MEPs are very influential, Germany ranks low as a whole in a new influence index. EPA-EFE/CLEMENS BILAN

German members of the European Parliament have been ranked as the third most influential, behind France and Spain, according to the 2021 VoteWatch Index of Influence published on 1 November. Will the next German government be able to change that?

The European Parliament is enormous: 705 parliamentarians from 27 EU states are the legislative counter-balance to the heads of EU states in EU legislative processes. Logic dictates that the most prominent EU states, France and Germany, and their MEPs should bear the most influence.

While Germany has increased three places since last year, it still lags behind in the overall influence ranking. The country is a serial underperformer in various policy fields: in health, it is ranked 27 out of 27 on the influence ladder, whereas it barely enters the top 10 for environmental policy.

“This year’s Influence Index suggests MEPs from Germany have more political clout than MEPs from any other Member State,” noted Susan Hoelling, Co-CEO at BCW Germany, a consulting firm that had collaborated with VoteWatch on the index.

“However, we see…that Germans MEPs have less political leverage on the EU’s health and green policies,” she told EURACTIV.

The disparity of having both highly influential German MEPs yet Germany ranking relatively low as a whole can be explained by various factors: lack of representation in key committees, influential MEPs being counterbalanced by low-influence MEPs from the same country, and Germany leaning towards the right side of the political spectrum.

Germany is “heavily under-represented within the ENVI Committee,” which deals with both environmental and health dossiers, explained Hugo Vincent, policy analyst at VoteWatch Europe.

Germany also has “the biggest delegation in the European Parliament, which means that having a handful of highly influential MEPs is not enough to have a strong average score,” he added.

And lastly, the large share of far-right German MEPs in the Identity & Democracy parliamentary faction, with German MEP Jörgen Meuthen as the faction chairman, as well as a large number of EPP faction members, drag down the country’s overall influence ranking.

Germany is “very present within the EPP and ID Groups, who are performing relatively worse than other political groups (ID in particular) on the Health Pillar,” noted Vincent.

For Giegold, the number three in influence, the root of Germany’s low rank lies with domestic politics.

“Germany has lost influence over the last years, the big coalition very often couldn’t agree, and therefore only took position in the Council when other countries had had their positions for a long time,” he told EURACTIV.

As Germany is currently forming a new government, a so-called “traffic light” coalition between the social democrat SPD, the Greens and the business-friendly liberal FDP, some expect the next German government to take a more active stance in the EU politics.

The grand coalition of social democrats and conservatives that had governed Germany for eight years had often been accused of being too slow-moving.

As a consequence, “we were not able to put a German position on the table. I hope that the next coalition will not continue in this way, but rather adopt a new approach,” Giegold added.

Giegold is one of the Greens’ ten principal negotiators who will begin deliberations on a final coalition text on 10 November following ongoing preparatory works in 22 working groups encompassing 300 negotiators.