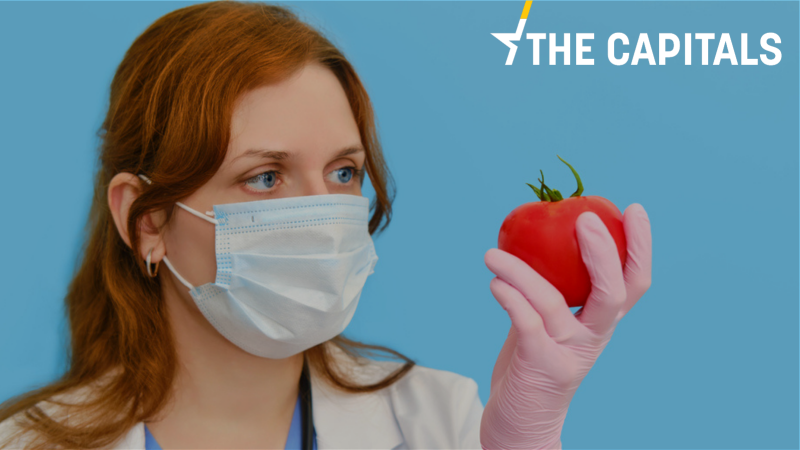 Before you start reading today’s edition of the Capitals, feel free to have a look at the network article V4 countries ambiguous about giving up health competencies to the EU.

People who have received their COVID-19 vaccine should eat tomatoes and drink more tomato juice as it is a natural remedy against blood clotting, the director of the Bulgarian National Center for Infectious and Parasitic Diseases, Professor Todor Kantardzhiev, said on Wednesday. Read more.

France goes into third COVID-19 lockdown. The latest restriction measures, which have been in force since 10 March in 19 French departments, will be extended to the whole country on Saturday for a four-week period. Read more.

Appeal against court order on lifting COVID-19 measures. Belgian Interior Minister Annelies Verlinden has announced an appeal against Wednesday’s ruling by a Brussels court that the government must lift “all coronavirus measures” within 30 days. Current measures will remain in place for the time being, according to a press release by her cabinet.

The current coronavirus measures are based on the Civil Safety Act of 2007, adopted after the Ghislengien gas explosion in order to provide swift reactions to crisis situations. But the judges dismissed this legal basis, saying it could not be used to impose COVID-19 measures that are so restrictive of individual freedoms, especially for a long duration. (Alexandra Brzozowski, EURACTIV.com)

Luxembourg outdoor dining set to reopen. The official announcement for the reopening of cafe and restaurant terraces in the Grand Duchy is expected on Thursday as the Chamber of Deputies is set to vote on a new COVID-19 law. The plenary session will follow the meeting of the health and sports committee, chaired by Mars Di Bartolomeo, the bill’s rapporteur.

The announcement was made by Prime Minister Xavier Bettel last week in what he called “a small symbolic step, a breath of fresh air.” Terraces will only be open between 6am and 6 pm and will only be able to accommodate two people per table – with the exception of people from the same household. (Anne Damiani | EURACTIV.fr)

Army to build twelve autonomous bases. In its yearly security-policy preview, the Austrian army presented its strategy for the coming twelve months. At its core lies the creation of twelve new bases of operation in Austria, which will be able to operate independently of any civilian infrastructure. Not only will they provide support for soldiers, but also for any other emergency services such as police or first responders, who will be able to safely operate from there should the country as a whole become unsafe. (Phillip Grüll, EURACTIV.de)

Report prompts backlash after finding UK not ‘institutionally racist’. A government report commissioned in the wake of the Black Lives Matter protests last summer has received a mixed reaction after concluding that the UK “no longer” has a problem with institutional racism. Read more.

A Swedish right-wing government increasingly likely. As parliamentary elections are set to take place in Sweden in September 2022, the popularity of small parties, including the Liberals which are now polling at 3.3%, could mean the current minority government of Social Democrats and Greens could be replaced by an entirely right-wing government. Read more.

EU takes Poland to court over law ‘undermining’ judges. The European Commission said it is taking Poland to the European Court of Justice over a reform it says undermines the country’s judicial independence. Poland has brushed off the move, saying it had “no legal or factual justification”. Read more.

Czech EU Presidency will operate on limited budget. The Czech Republic will take on the rotating EU Council Presidency In the second half of 2022, yet Czech Prime Minister Andrej Babiš has made it clear that the EU Presidency will not be a priority and the budget will be very limited. Read more.

Romania gave vaccines to 2 million by end of March. More than 2 million people had received at least a first shot of coronavirus vaccine in Romania by the end of March, Prime Minister Florin Citu has said. Read more.

Croatia works on ‘clear criteria’ for entry. Croatia is preparing clear criteria for entering the country during the pandemic, in accordance with European Commission recommendations for cross-border travel, Tourism and Sports Minister Nikolina Brnjac has said. Read more.

UNDP: Serbia’s commerce loses $6 billion due to climate change. Serbian commerce has suffered $6 billion worth in losses due to extreme weather since 2000, according to the United Nations Development Programme (UNDP) representative in Serbia, Francine Pickup. Unless steps and activities are implemented towards preventing weather extremes, it could lose as much again by the end of this decade. Read more.

In other news, the ambassadors of the informal decision-making group Quint – which includes France, Germany, Italy, the UK and the US – and the head of the EU Delegation in Serbia, expressed their concern in a meeting with Prime Minister Ana Brnabic over the state of the media, US Ambassador to Serbia Anthony Godfrey said on Wednesday.

The ambassadors also suggested the government work on creating a climate in which there will be no threats to journalists or leaders of civil society organisations, Godfrey added.

In a statement posted on the US Embassy’s Facebook page, Godfrey said the interlocutors had agreed that practical steps were important and that implementation of the government’s Media Strategy should be a good foundation for improving the state of the media in Serbia. Brnabic met the Western ambassadors on Tuesday. Godfrey said that helping Serbia advance toward its EU integration goal was at the centre of the US local policy.  (EURACTIV.rs | betabriefing.com)

Montenegrin economy to rebound in 2021, fully recover by 2023. “Due to a low base and assuming that tourism recovers to 55% of 2019 levels, Montenegro’s economy is expected to rebound in 2021 with an estimated GDP growth of 7.1%”, the World Bank (WB) has forecast. Read more.

US goal is to see Serbia-Kosovo agreement centred on mutual recognition. US State Secretary Antony Blinken wrote in a letter to Serbian President Aleksandar Vučić that Washington is “committed to our long-standing partnership”. Read more.