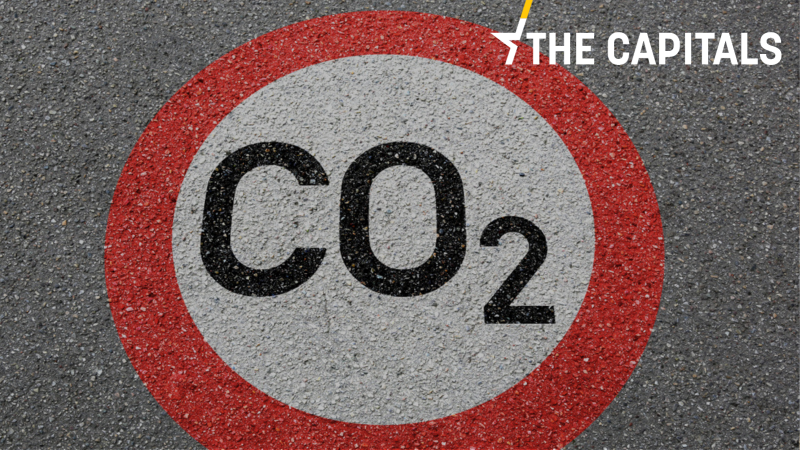 In 2020, a total of 739 million tons of carbon dioxide were emitted, a decrease of 70 million tons compared to the previous year. [shutterstock/Markus Mainka]

Before you start reading today’s edition of the Capitals, feel free to have a look at the article “EU farmers boss: Commission leaving agri sector to wait like ‘animals for slaughter’“, by Natasha Foote.

A message from the EUROPEAN LIBERAL FORUM: Join the European Liberal Forum and#OwnTheFuture! Listen to some of the best minds of our times and read the Liberal White Book 2030 – a flagship publication that will inform European policies for the next decade at https://www.liberalforum.eu/own-the-future/.

Germany said on Tuesday it had met its national climate goal for 2020 with 40.8% fewer emissions compared to 1990. But that would not have been possible without the coronavirus-related lockdowns, which helped to drive the biggest reduction in emissions for three decades in Europe’s biggest economy. Read more.

In other news, CDU party leader Armin Laschet has promised to target gender parity  in his government’s cabinet should it win federal elections held later this year. “Parity in the next federal cabinet – that is my goal,” Laschet said at an event of the weekly newspaper Die Zeit.

Greek centre-right MEP heats up debate over abortions. New Democracy MEP (EPP) Stelios Kympouropoulos has triggered a wave of reactions after he voted against abortion in a European Parliament resolution. More

EU ministers to confirm budget rule suspension in May. EU countries agree with the criteria proposed by the European Commission to determine how long budgetary rules should be suspended for and should decide in May to continue the suspension in 2022, Portugal’s finance minister João Leão said on Tuesday (16 March). More

French citizens to get new digital ID card. France has officially launched its new smaller digital ID card equipped with a microchip, a QR code, a digitised photo and two digital fingerprints, Citizenship Minister Marlène Schiappa announced Tuesday. The card – which is intended to be more secure than the current one – is being tested in the Oise department before its gradual nationwide rollout. The ID card in its current format can still be used until 2031 if valid, though it will no longer be re-issued after August this year. (Magdalena Pistorius | EURACTIV.fr)

European Commission to get involved in Luxembourg-Brussels train line. The Commission has responded positively to a request from Luxembourg and Belgium to financially support the improvement of the train line between the two European capitals,  which has been plagued by delays.

Vice-President Frans Timmermans responded last week to a letter from Transport Minister François Bausch and his Belgian counterpart George Gilkinet, requesting funds amid Belgian budget restraints, saying that “it can be an example of developing infrastructure policy at European level”. (Anne Damiani | EURACTIV.fr)

LONDON
UK shifts eyes from Europe to Asia as part of foreign policy revamp. The UK is set to shift its focus from Europe to the Indo-Pacific region as part of a planned revamp of its foreign, trade and defence policy announced on Tuesday. Read the full story.

Irish PM Micheal Martin stresses importance of Irish unity ahead of Biden meeting. Ahead of his St. Patrick’s Day meeting with US President Joe Biden, Irish Taoiseach Micheál Martin spoke at the Brookings Institution in Washington, highlighting the work of the government’s Shared Island initiative, and the need to achieve reconciliation in Northern Ireland. Read more.

Finland plans to spend half its recovery funds on ‘green transition’. The €2.9 billion Finland will receive from the EU’s Recovery and Resilience Facility will be divided between three sectors with 50% of the funding going to enhancing the green transition, and the remaining funds divided between digitalisation and research and development investments, according to the government’s plan released on Monday. Read more.

In other news, Nokia intends to cut 10,000 jobs worldwide within two years. The telecoms company announced on Tuesday its plan to invest in R&D and future capabilities including 5G, cloud and digital infrastructure. By “resetting its cost base” the company aims to make about €600 million in savings by the end of 2023, for which it says it will reduce its 90,000-strong-workforce worldwide by 10,000 people over an 18–24-month period, though the exact number of lay-offs will depend on market developments. Jobs may nevertheless increase in Finland since Nokia is in need of 5G technology experts. (Pekka Vänttinen | EURACTIV.com)

Portuguese president vetoes euthanasia bill. Portuguese President Marcelo Rebelo de Sousa has vetoed a bill decriminalising euthanasia on the grounds that it is unconstitutional two hours after the Constitutional Court announced that it had declared the bill, under which the request to obtain a medically assisted death is not punishable and so amending the Criminal Code, as unconstitutional. Read more.

A public offer for the new Alitalia not essential, says Vestager. Responding to a question from German MEP Andreas Schwab (EPP), European Union Competition Commissioner Margrethe Vestager explained on Tuesday that “although a public, open, transparent, unconditional and non-discriminatory tender is the best way to establishing a market price, this is not an absolute prerequisite for guaranteeing economic discontinuity” between Italian flag carrier Alitalia and publicly controlled newco Ita, to which the Italian government has decided to confer the company.

Brussels “is analysing the information provided by the Italian authorities” regarding the newco, the commissioner added, recalling that the “economic discontinuity” between the two companies must be assessed on “a series of factors”. Vestager also met with the Italian ministers of economy, transport and industry on Tuesday, who are working on the dossier for the airline’s relaunch. (Daniele Lettig | EURACTIV.it)

Spanish deputy PM quits to stand in Madrid election. Spanish Deputy Prime Minister Pablo Iglesias announced his resignation from the post earlier this week in a bid to unite regional forces against the far-right in regional elections in Madrid, triggering a political earthquake. More

In other news, the latest round of exploratory talks between the Greek and Turkish delegations which took place in Athens ended on Tuesday after a four-hour discussion where the two sides attempted to find common ground on the maritime boundaries dispute. Read more.

Slovak PM silent over solving government crisis. After Slovak President Zuzana Čaputová met with Prime Minister Igor Matovič on Tuesday to ask what steps he intends to take towards ending Slovakia’s current coalition crisis, which has been ongoing for three weeks, the PM offered little insight into how he would avoid the collapse of his government. Read more.

COVID-19 certificates to be granted to people with negative tests, says Czech FM.  Czech Foreign Minister Tomáš Petříček is supporting the idea of so-called “COVID-19 passports” that will be presented by the European Commission on Wednesday, adding that negative tests should be seen as an “alternative to vaccination.” (Aneta Zachová | EURACTIV.cz)

Bulgaria set to enter third lockdown on Monday. The Bulgarian government is likely to announce a third national lockdown on Monday as the country is hit hard by the third wave of the pandemic, which has left more than 7,000 patients in the country’s hospitals, and approximately 4,600 people testing positive for COVID-19 in the last 24 hours. Read more.

Romania does not suspend AstraZeneca vaccinations. ”It would have been the easiest decision: to say stop,” said Valeriu Gheorghita, the coordinator of the anti-COVID vaccination campaign, about the option of suspending the administration of AstraZeneca jabs. Many European countries suspended the administration of the UK-Swedish vaccine over blood clot fears, but Romania decided to carry on after the European Medicines Agency (EMA) said the benefits firmly outweigh the risks.

However, within just 24 hours, more than 30,000 people had cancelled their appointments to receive the AstraZeneca jab of the almost 450,000 who registered via the online platform used by the campaign. So far in Romania, more than 1.5 million have received anti-COVID jabs, of which almost 250,000 were AstraZeneca vaccines. (Bogdan Neagu | EURACTIV.ro)

Czech FM tells Croats that ‘COVID-19 passport’ cannot be discriminatory.  The so-called ‘COVID-19 passports’ – the digital vaccination certificates which the European Commission is expected to present Wednesday – should not be a means of discrimination, particularly against those who cannot get vaccinated, said Czech Foreign Minister Tomáš Petříček during his Croatian visit in Daruvar on Tuesday, adding that it is important that this be as simple for citizens as possible and that personal data be protected. Read more. (Željko Trkanjec | EURACTIV.hr)

Slovenians trust Pfizer/BioNtech jab most as over half want the vaccine. The Pfizer/BioNtech vaccine is the most trusted COVID-19 vaccine among Slovenians and is followed by the single-dose vaccine Johnson & Johnson, a poll conducted by Valicon shows, and more than half of Slovenians (56%) intend to get vaccinated, the Slovenian press agency STA reported. Read more.