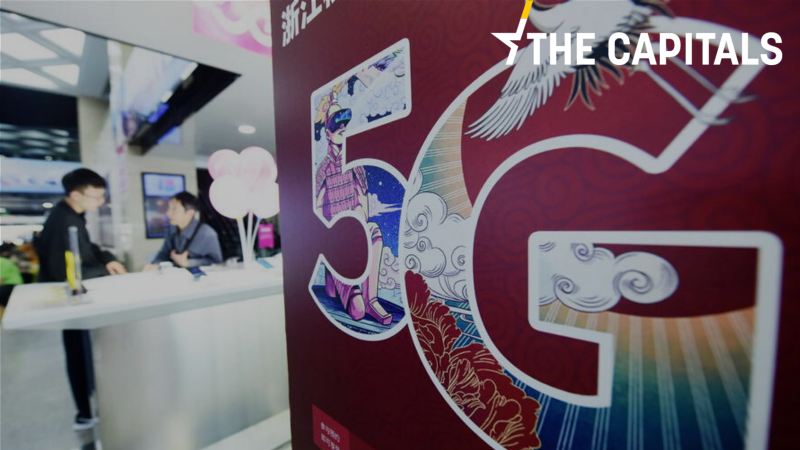 Huawei denied the allegations, saying they are purely motivated by geopolitical reasons. [EPA/CHINA OUT]

MESSAGE FROM EURACTIV EDITORIAL TEAM:“This is the last newsletter of The Capitals for 2019. The editorial team of EURACTIV.com and its journalists across Europe would like to warmly thank you all for your support in this initiative.

Next year, we will try to expand to more capitals and continue to shed light on EU policy-making.

We wish you a happy new year!”

Before you start reading today’s edition of the Capitals, we invite you to read the story “Russia, Ukraine agree ‘in principle’ new gas deal, signature expected in Minsk“.

Also, feel free to have a look at this piece by Alexandra Brzozowski: Aerospace industry steps up greening efforts

ROME. In its report on cyber protection and security, the Italian parliamentary security committee (COPASIR) has acknowledged that concerns about Chinese penetration in Italy’s 5G communications network are “largely well-founded.”

For the committee, lawmakers should consider excluding Chinese tech giants Huawei and ZTE from public tenders for the supply of 5G technology. However, the committee’s non-binding opinion suggested that such interventions could jeopardise the feasibility of essential projects  for the development of new technologies.

EURACTIV’s Gerardo Fortuna has the story.

Bavarian clean-air renegade politician avoids jail. Markus Söder (CSU), minister president of Bavaria, was faced with an NGO’s demand to imprison him over his refusal to enact environmental legislation.

In 2012, he was ordered to enact the legislation in question by a German administrative court in order to comply with EU-standards on clean air. Söder ignored the ruling, standing firm in particular against the court’s recommendation to ban certain diesel cars. (Philipp Grüll | EURACTIV.de)

Former vice chancellor spied on fellow party members. Heinz-Christian Strache, former vice chancellor and head of the far-right Freedom Party, spied on several members of his own party, as investigations continue into the so-called Ibiza scandal, which had caused Strache to resign in May.

Shortly after his resignation, Strache hired a private eye to shadow several members of his former party, because he suspected the affair to be the result of a conspiracy from within the ranks. He even tried to have the party pay for the detective, sending them the bill as expenses. This was confirmed by Norbert Hofer, current leader of the party, who stated that he had only recently learned of these spying activities and was “not amused”. (Philipp Grüll | EURACTIV.de)

Sentences for police violence. A Paris court has announced the first convictions against police officers for the violence they inflicted during the “Yellow Vests” demonstrations since the movement began in November 2018.

The concept aims to put flesh on the bones of the existing political will and strengthen the defence capabilities of both countries. Stability in the Baltic Sea region and in the High North is of high importance to Finland and Sweden. The treaty can be read as another means to build credible counterweight to increased military presence and activity, especially Russian, in the area.

Said General Bydén in Helsinki on Wednesday: “Sweden’s cooperation with Finland is essential. Our combined capabilities are warranties for a raised threshold in our joint area.”

“Justice arrives late, but it arrives at least. Today is a historic victory. The European Justice has opened a doctrine in favour of all European voters and citizens”, Aragonès said. Leam more here.

A “liberal” offer. As the Belgian federal government crisis lingers on for 208 days, party leaders of the Socialists (PS), Paul Magnette, and the Flemish Nationalists (N-VA), Bart De Wever, met mid-week at the Socialist headquarters. According to sources cited by Belgian media, a liberal offer of a coalition with five parties – the Socialist PS and Liberal MR for French speakers, and the Socialist SP.A, Conservative CD&V and N-VA on the Flemish side – could be a “possible formula” to solve the Belgian blockade. (Alexandra Brzozowski | EURACTIV.com)

Who’s the Guv’nor? Andrew Bailey is the front-runner to become the new governor of the Bank of England, a decision which will be announced on Friday. Bailey is currently chief executive of the UK’s Financial Conduct Authority, and will take over from Mark Carney, who will step down on 31 January.

The Canadian Carney was hand-picked by former finance minister George Osborne and has repeatedly been criticised by Brexiteers who have accused him of being part of ‘Project Fear’ –  warning of the economic damage that leaving the EU will have on the UK economy. Benjamin Fox has the story.

An attempt to introduce ‘Putin’s standards’. After thousands of Poles protested on Wednesday against reforms undermining judicial independence and freedom of expression of judges, the relevant bill was debated in parliament.

“It’s a response to the coup and anarchy of a handful of judges at the service of total opposition,’” said Jan Kanthak who represents Solidarna Polska, one of two minor parties allied with PiS.

Łukasz Gadzała from EURACTIV Poland has the story.

A reverse from ‘reverse charge’. In November, the EU gave its final approval to a Czech proposal allowing member states that deal with carousel tax fraud to apply a generalised reversal of VAT liability. This is something Czech PM Andrej Babiš fought for almost five years based on the argument that using reverse charge could save the country billions crowns every year. But what’s happening now?

Ondřej Plevák from EURACTIV Czech Republic has the story.

Separately, the French company Framatom is invited to negotiate on the supply of the plant’s security systems, and the American General Electric may engage on turbines and other key facilities from the future plant. The two companies want to supply the equipment at their own expense and to gain a significant share in the project. Тhe project is expected to cost around €10 billion. (Krassen Nikolov| EURACTIV.bg)

Lower cereal production. Romanian farmers harvested a lower amount of cereals in 2019, after a record year in 2018. The decrease was mainly due to a 9% decline of the corn harvest, to some 17 million metric tons, despite an increase of cultivated areas. Wheat and sunflower production rose, but the rapeseed crops were heavily affected by bad weather, according to Agriculture Ministry data. (EURACTIV.ro)

The topic was on the agenda during Plenković’s talks with Slovenian Deputy PM on the margins of the Central European Initiative (CEI) meeting. Fortenova Group, the successor of the failed Agrokor company, has published a statement underlining that “the seizure of Mercator shares is largely disproportionate as the shares in question have an appraised value of €140 million, and the appealable penalty is in the amount of €53.9 million”. (Tea Trubić Macan | EURACTIV.hr)

New Commission gives reason for optimism. Serbian Prime Minister Ana Brnabić said in Rome on 19 December at a meeting of the Central European Initiative (CEI) that a clear commitment to continuing the EU’s enlargement agenda remained one of the new European Commission’s main priorities.

After the CEI summit and talks with the new European commissioner for enlargement Oliver Varhelyi, Brnabić told reporters that the new Commission “has brought a new energy with it which gives reason for optimism.” (EURACTIV.rs)