The case of Penka the cow got the unprecedented attention of the world media, so much so that a Bulgarian columnist wrote it had outshone the official highlights of the country’s EU Presidency.  But it was mostly used by British tabloids, which turned it into a symbol of the blatant bureaucracy imposed by Brussels.

The clock is ticking and Penka will soon be killed unless the chairman of the Bulgarian Food Safety Agency decides otherwise. This is the last absurd touch in the history of the animal, which went on its own to Serbia for two weeks and was then returned to its owner.

In early May, the cow crossed the border between Bulgaria and Serbia in front of the Bulgarian border police, which helplessly stood by. The incident was captured by cameras at the border.

The Bulgarian Border Police service explained that its officers had first managed to push the cow back, but minutes later Penka galloped across the border and the uniformed officers had no choice but to back away. This is how the animal left the country illegally.

The cow reached the nearest town of Bosilegrad, where mainly Serbian citizens of Bulgarian origin live. Two weeks later, Penka’s distraught owner, farmer Ivan Haralampyev, received a call from the Serbian police to come and collect the cow, which was recognized by its EU-standard ear tag.

But when he returned to Bulgaria with Penka, border officers asked him for standard documents proving that the animal was in good health.  As luck would have it, he had no such documents. This is how Penka ended up in the hands of the Bulgarian authorities.

The case was first reported by the Bulgarian Animal Rights Protection Organization – “Four Paws”. It was then taken over by the international press, in articles expressing outrage at the Brussels-imposed bureaucracy. The buzz was also strong on social media. 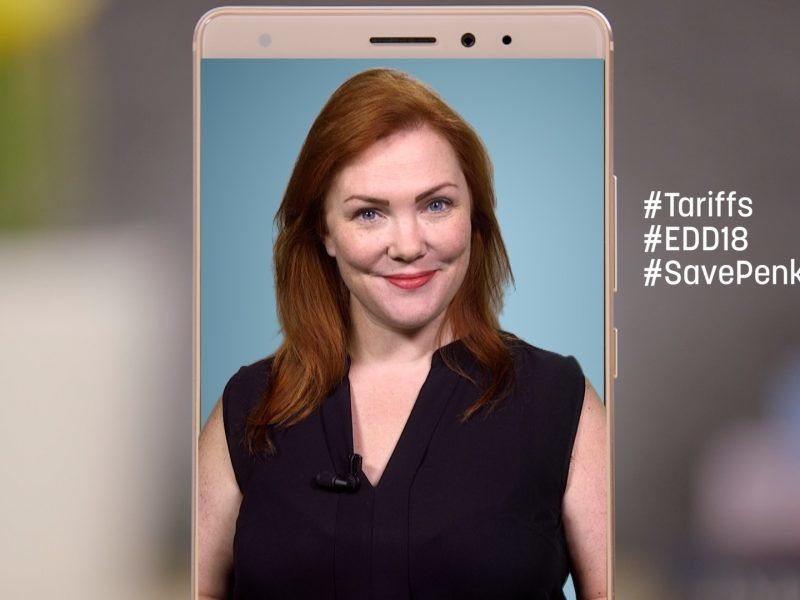 This week, real trade war now, European development days take a bow, and Europe unites to save Penka the cow.

The case was also quickly taken up by the British Conservatives. MEP John Flack wrote to Bulgarian Prime Minister Boyko Borissov and to the President of the European Parliament Antonio Tajani to defend Penka. Daily Telegraph journalist James Rothwell organised an online petition. At the time of publishing this article, “Save Penka the cow” has gathered the support of more than 21,000 people.

“We, the signatories of this petition, urge the EU to make an exception on compassionate grounds for Penka and not execute her. We believe that Penka’s case reflects a lack of compassion on the part of EU officialdom for everyday people, such as Penka’s owner, who is absolutely distraught”, the petition reads.

The Bulgarian Food Safety Agency is delaying the final decision, although the case is clear and the cow should be killed, according to law.

“This is an enormous violation of the European and, accordingly, our legislation and the animal is subject to seizure for the benefit of the state and, respectively, euthanasia. The cow will be killed and buried”, said Dr Alexandra Miteva from the agency’s Animal Healthcare directorate.

But the same institution announced a little later that the cow might not be killed if the head of agency, Damyan Iliev, decided so. The Agency says the final decision will be taken within a few days.

By the end of the week, agency chief Iliev will hold extraordinary meetings with his Macedonian and Serbian colleagues to discuss “the passage of unaccompanied animals across the border”.

Columnist Svetoslav Terziev wrote in Sega daily that Penka the cow was now the most famous Bulgarian. He argued that Penka found more sympathy in Europe than the Bulgarian prime minister, who sought – without success – Schengen membership for the country and accession to ERM II – the Eurozone waiting room.