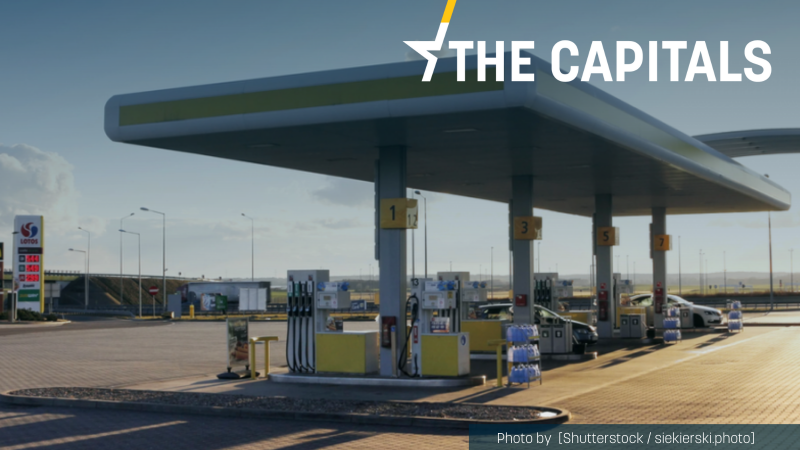 Gas and diesel in Poland are approximately 25 to 35 eurocents per litre cheaper as Warsaw decided to lower VAT for these energy commodities in response to rising inflation. [Shutterstock / siekierski.photo]

Innovative technologies for sustainable skies. The European Partnership for Clean Aviation is now in force, developing cutting-edge technologies that will enable sustainable and competitive aircraft. It will build on the work of Clean Sky Joint Undertaking – discover our technologies to date! Continue Reading >>

After earlier trips to Hungary, Slovaks have been heading to Polish gas stations since February, refuelling several hundred thousand litres of fuel in canisters because of cheaper gas. In response, Poland decided to set up controls on borders. Read more.

‘Weimar Triangle’ could recalibrate Western Russia stance. While Germany and France have so far opted for a more diplomatic approach towards Russia and continuously emphasised the need to resume dialogue with Moscow, Poland has taken a tougher stance. Experts hope the trilateral format could recalibrate Europe’s approach to the Kremlin. Read more.

In search of Ukraine de-escalation, Macron and Putin focus on Minsk agreements. More than five hours of talks between French President Emmanuel Macron and Russian President Vladimir Putin in Moscow on Monday (8 February) failed to produce a breakthrough on the Ukraine crisis, but both leaders appeared to see potential in an agreement brokered in 2014-15. Read more.

Austria in Ukraine: emphasis on dialogue. “I continue to believe that the end of diplomatic dialogue has not been reached,” said Austria’s Foreign Minister Alexander Schallenberg in Ukraine. Austria is most dependent on Russian gas in the EU. Read more.

Poots doubles down on border check decision. Northern Ireland’s agriculture minister Edwin Poots on Monday defended his order to stop Irish Sea border checks, insisting that it was based on “sound legal advice”, which he said would now “be tested” in court. Read more.

Irish government grant scheme to boost energy efficiency in homes. Ireland’s Environment Minister Eamon Ryan will on Tuesday launch a programme to deliver grants of over €25,000 to households to assist them in installing better insulation. Read more.

Nearly half of Finns would back NATO membership bid if leaders led the way. Almost half of the Finnish people would be ready to support NATO membership if politicians lead the membership campaign, a new survey commissioned by the newspaper Maaseudun Tulevaisuus shows. Read more.

‘Bulgargaz’ under investigation for market manipulation. The Bulgarian energy regulator has launched an investigation into deals of the state gas supplier ‘Bulgargaz’ on the local energy stock exchange, which were carried out last week. The investigation seeks to establish whether there were violations of the ban on using inside information, the Energy and Water Regulatory Commission announced on Monday. Read more.

Serbian opposition accuses Vučić of ‘importing’ voters from Republika Srpska. The Serbian opposition Freedom and Justice Party leader Dragan Đilas has unveiled a video that, according to him, reveals the scheme of how Serbs from the Bosnian entity Republika Srpska are registered as new “inhabitants” of Belgrade, so they can vote for the ruling party of President Aleksandar Vučić in the April elections. Read more.

HDZ Croatia: Give talks with Bosniaks a chance. Andrej Plenković, HDZ President and Croatian prime ministe, said after the joint sessions of the presidencies of HDZ and HDZ BiH, said there was still a chance to talk to Bosniak parties about changing the election law and that there was still time to reach an agreement. Read more.

Protests if Speaker Becic ousted. The Democrats party called for protests on Wednesday near the Church of Christ’s Resurrection if the Assembly Speaker, Aleksa Bečić, is ousted. The discussion was going on in the Assembly on Monday evening. Read more.

Albania highest in region for COVID-19 cases. Albania ranked first in the region and fifth in Eastern Europe and Central Asia for the number of COVID infections between January 2020 and September 2021, according to a study published by The Lancet, a peer-reviewed medical journal. Read more.