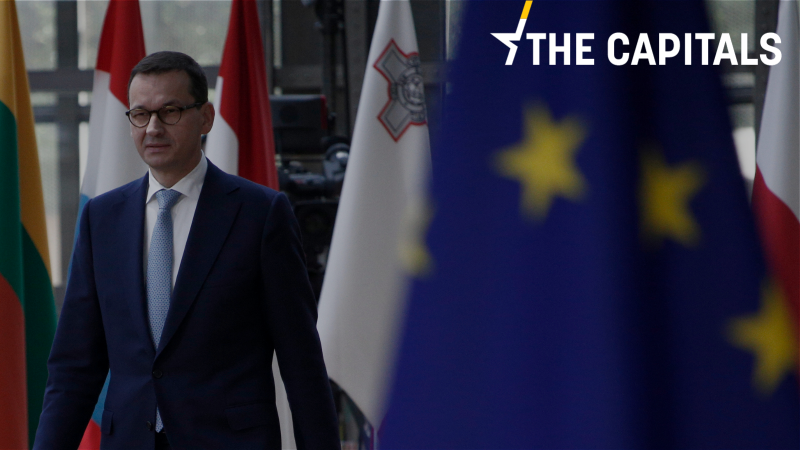 The primacy of EU law is no longer unconditional in Poland and strictly limited to the competencies delegated to the EU. While the government celebrates the decision, according to the opposition, this is means “entering a minefield”. Read more.

Slovenia PM accuses Brussels of exceeding powers over rule of law. Janez Janša, the Prime Minister of Slovenia which currently holds the six-month rotating EU Presidency, has accused the European Commission of political abuse over the rule of law. Read more.

Conservative leader Laschet signals willingness to step back. “I’d be happy if we managed in these trying times, a fresh start with new personalities,” said Armin Laschet, the leader of the conservative union CDU/CSU, on Thursday. Although he did not state that he would step aside, it is believed he is now on borrowed time. Read more.

Kurz’ scandal is putting Green-Conservative coalition to the test. After Austrian Chancellor Kurz was caught in controversy over his alleged involvement in a corruption scandal, the future of the Green-Conservative is up in the air, as leading Green politicians’ question whether Kurz is fit for office. Read more.

UN envoy calls Italy out for its treatment of migrant workers and workplace safety practices. The UN Working Group on Business and Human Rights criticised Italian authorities for actions that “tarnish the reputation of Italy in the field of business and human rights and should be immediately addressed to protect the rights of individuals in highly vulnerable positions”. Read more.

Government approves draft budget for 2022 with record investment. Spain’s coalition government, formed by the socialist party (PSOE) and left-wing Unidas Podemos (United We Can), approved on Thursday the draft budget for 2022, with a strong accent on social policies and a “fair recovery” after the pandemic. Read more.

The decision was communicated to journalists by CSM member Inês Ferreira Leite, despite a group of protesters supporting the judge. (António Pereira Neves, Lusa.pt)

Škoda Auto to halt production in Czechia due to a chip shortage. Czech automobile manufacturer Škoda Auto will limit or completely stop the production of cars in all three Czech factories from 18 October till the end of the year. The company took the decision due to global chip shortages. Read more.

Google in Hungary: Government may be behind attempts to steal your password. Google warned Tamás Bodoky, the editor-in-chief of online news outlet Átlátszó on Thursday morning of a state-sponsored hacker attack on his Gmail account, the site reported. The same message was sent to András Lőke, investigative journalist, and Ádám Bihari, a reporter for HVG. Read more.

Plenkovic expects report about violent migrant pushbacks from Croatian-BiH border. Prime Minister Andrej Plenković said he had talked with Interior Minister Davor Božinović about the violent pushback of migrants from the Croatian border with BiH and expects a report to assess what happened. Read more.

Call for Slovenia’s EU delegated prosecutors to be repeated. The government has asked the justice ministry to publish another new call to fill the country’s two top EU prosecutor positions. After a court reversed its decision to annul the original procedure, the latest move suggests the appointment procedure could drag on for weeks if not months. Read more.

Dodik allegedly connected to new regional television channel. Severina, a Croatian pop singer, told EURACTIV’s partner, Jutarnji list, that she would not join Una TV after learning that that the family of Milorad Dodik was backing the new station. Read more.

Energy commission: electricity price hikes should not worry Macedonians. There is no reason for panic among Macedonian citizens regarding the price of the electricity during the forthcoming months, said the Energy Regulatory Commission of North Macedonia, meta.mk reported. Read more.

Kosovo War veterans plead innocence in The Hague. Two Kosovo war veterans, now leaders of a veterans association, have pleaded innocent on Thursday to charges of intimidating witnesses and obstructing justice before a court in The Hague. Read more.

Albanian students delayed because of low vaccine uptake. The Albanian government has postponed the start of the academic year for students by one week, until 18 October, due to a lack of uptake in COVID-19 vaccines. Read more.