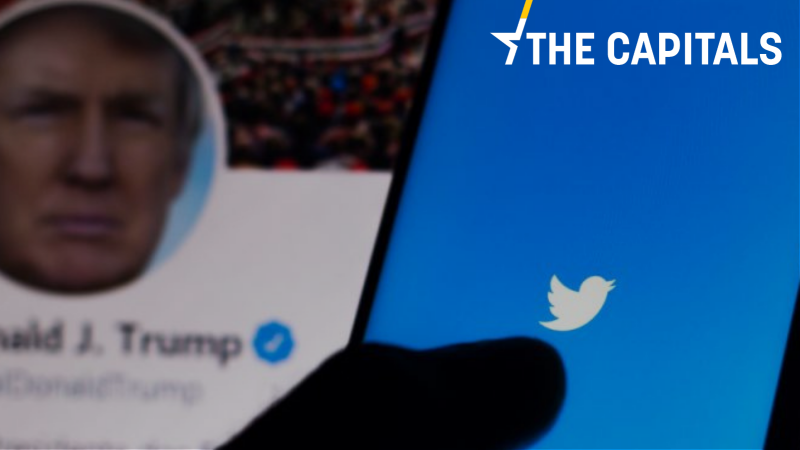 According to the draft law, the administration of social media websites will not be allowed to delete posts or suspend users’ accounts if the content presented as a basis for the decision does not violate the Polish law. [Shutterstock/rafapress]

Before you start reading today’s edition of the Capitals, feel free to have a look at the article Pompeo cancels his last trip to Europe after unprecedented snub.

Polish minister wants to forbid social media from banning users. Poland’s justice ministry is preparing a “groundbreaking” bill that would forbid the administrators of social media websites from deleting posts and banning users in what appears to be a reaction to the latest decision by prominent social networks – including Twitter, Facebook, and Instagram – to suspend the private accounts of outgoing US President Donald Trump. Read more.

Söder starts debate over mandatory vaccinations for healthcare workers. Bavarian leader Markus Söder (CSU) kicked off a debate on Tuesday, after suggesting that Germany’s healthcare workers, particularly those in nursing homes, should be required to get immunised against the virus, the German daily Süddeutsche Zeitung reported. Read more.

Belgium extends COVID-19 measures until 1 March. Belgium’s current measures, introduced by the Consultation Committee on 18 December, will remain in place for another 6 weeks, according to a new Ministerial Decree published on Tuesday. However, if there is a significant improvement of the situation, the Consultation Committee might decide on easing the measures earlier. The next meeting of the body is scheduled for 22 January. (Alexandra Brzozowski, EURACTIV.com)

Austrian hoteliers accepted Illegal hotel bookings despite COVID-measures. Hoteliers in Austria were more than happy to offer their rooms to ski tourists illegally despite the government ban on overnight stays in hotels, according to investigative research conducted by public broadcaster ORF, whose reporters posing as tourists successfully booked stays in eight different venues.

Though this prompted the government to quickly react with tighter controls, what appeared to have tempted the hoteliers to rent out their rooms for overnight stays was the fact that ski lifts were allowed to keep operating. (Philipp Grüll | EURACTIV.de)

Large corporations lose faith in Finnish government economic policy. Nearly 81% of Finland’s largest companies see the country’s current political leadership as being uncertain when it comes to creating a business environment that favours growth, while 69% of the companies see the government as a threat to their operations, according to a survey published on Tuesday. Read more.

Regions want a larger say in the future of the EU-UK relationship. Europe’s local politicians want a bigger role in establishing the future relationship between the EU and the UK. This was the overwhelming feeling among members of the Committee of the Regions (CoR) at Monday’s meeting of the CoR-UK contact group. Read more.

Ireland set to receive 1 billion from EU Brexit fund. Ireland is set to receive 1.05 billion this year from an EU fund for the countries worst affected by Britain’s exit from the European Union, Irish Foreign Minister Simon Coveney said on Tuesday. Read more.

UN refugee agency urges Portugal to show leadership on migration issues. The United Nations High Commissioner for Refugees (UNHCR) asked Portugal on Tuesday to “show leadership” on the issue of migration during its presidency of the EU Council and “better protect refugees in Europe”. Read more.

In other news, the first Holocaust Museum in the Iberian Peninsula will be inaugurated on the 20th in Porto, the Jewish Community of Porto (CJP) announced on Tuesday.

According to the CJP, the museum “portrays Jewish life before the Holocaust, Nazism, Nazi expansion in Europe, ghettos, refugees, concentration, labour and extermination camps, the Final Solution, death marches, liberation, the post-war Jewish population, the founding of the State of Israel, overcoming or dying of hunger, the just among nations”. (Paula Martinho, Lusa.pt)

Kotzias: Greek government uses ‘tyrannical’ methods to quell opposition voices. The centre-right government of Kyriakos Mitsotakis has been increasingly using “tyrannical” methods such as controlling the media to keep the opposition voices in check, Greece’s former foreign minister Nikos Kotzias told EURACTIV, warning also about the closed power system of oligarchs that blocks any progress in the country. Read the full story here.

Could the Czech Pirates form a new government? The Czech Pirate Party (Greens/EFA) approved an agreement with the Mayors and Independents movement to form a progressive coalition that will focus on transparency, digitalisation, human rights, and climate issues.

According to an opinion poll, this could allow them – as a coalition – to obtain more than 20% of the votes in the October 2021 elections and even beat the ruling ANO party (Renew) of Prime Minister Andrej Babiš. Read more.

Romania delays joining the eurozone once again. Romania’s government will again delay the calendar for eurozone entry, citing the need to re-balance its macroeconomic indicators because of the COVID-19 pandemic context. Read more.

Opposition leaders joined forces with the media to undermine HDZ, says Commissioner Šuica. “Nothing that occurred at the meeting [ed. the leadership meeting of the ruling Croatian Democratic Union (HDZ)] should concern you and it won’t endanger democracy,” Speaker Gordan Jandroković said when asked whether it was worrying that European Commission Vice President Dubravka Šuica was accusing the media of trying to undermine HDZ by calling the earthquake-stricken Banovina region Banija, among other things. Read more.

Slovenia’s interior ministry makes public the salaries of striking policemen. The interior ministry has released a document featuring the payslips for nearly 9,000 members of the police force and ministry employees, in a full disclosure which – despite being public information according to the law governing freedom of information – some fear may have a potential security impact. Read more.

Serbian president discusses Western Balkans transport network with EU. Serbian President Aleksandar Vučić and Matej Zakonjšek, the director of the Permanent Secretariat of the Transport Community, met in Belgrade on Tuesday to discuss the development of a regional transportation network and transport networking of the Western Balkans with the EU – a project which would benefit citizens and businesses alike. Read more.

Migrants have no place in Republika Srpska, says Dodik. BiH Presidency Chairman Milorad Dodik has dismissed the possibility of providing accommodation for migrants in the territory of the Bosnian Serb entity (Republika Srpska) to facilitate efforts to alleviate the humanitarian crisis related to illegal migrants in the country. Read more.

In December 2015, EMS bought more than 10% of CGES shares on the stock exchange worth €13.9 million. Last year Kosovo reported that it had switched its electric system from Serbian to Albanian sources. (Željko Trkanjec | EURACTIV.hr)

The situation is even worse in Albania, where the heavy rains of the last days are losing intensity, but many parts of the country remain underwater, especially in the counties of Shkodra and Lezha. Prime Minister Edi Rama came to the city of Vlora to see the situation.  (Željko Trkanjec | EURACTIV.hr)