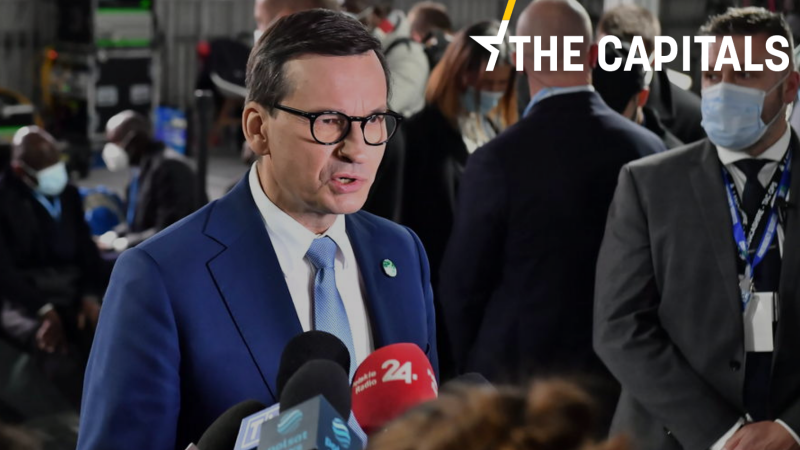 Damage caused by organised crime on the rise. Organised crime caused significant economic damage in 2020, according to the annual report by the federal crime police agency. In 2019, authorities seized assets worth €644 million, while 2020 saw seizures worth €1.02 billion, the report also stated. Read more.

Macron delays sanctions in fish licensing row. France will delay a series of sanctions against UK fishing vessels while crisis talks over the licenses for French fishing boats continue this week. Sanctions, including a ban on British fishing boats from entering French ports, were planned to come into force on Tuesday.

However, President Emmanuel Macron said on Monday that talks with Boris Johnson’s government would continue, and UK officials hinted that they would consider all new evidence that would allow them to issue more licenses. (Benjamin Fox | EURACTIV.com)

Finland to examine injustices suffered by Sámi people. The government has appointed a commission to identify and assess discrimination, rights violations, and assimilation policies that have targeted Finland’s indigenous Sámi people over the course of history. Read more.

Greek government plans to send SMS to unvaccinated, to get jab. The government is planning to launch the service immediately after the Personal Data Protection Authority gives its approval, but it has raised questions about the safety of personal data. Read more.

Trieste will no longer allow protests in town square after surge in COVID-19 cases. The city has been at the centre of national demonstrations opposing Italy’s decision to make COVID-19 health passes mandatory for all workers for the past month. Each demonstration so far has been followed by a spike in new cases in the city. Read more.

Czech auditors: EU fund management poses risk for recovery plan. Czechia’s Supreme Audit Office detected shortcomings in the management and distribution of EU funds in the country, adding that this would pose a severe risk to the implementation of the National Recovery Plan under which Czechia should receive €7 billion in grants from the EU recovery facility. Read more.

Joke party goes solo despite Hungarian opposition unity. The Hungarian Two-tailed Dog Party (MKKP) joke party will run in the spring parliamentary election with 85 individual candidates on a separate list from the six-party opposition coalition, which is trying to put up a single opposition candidate against Fidesz in each electoral district, Telex reported. Read more.

Slovakia’s two biggest cities linked due to Hungarian highway. Slovaks have been promised for years that construction of a highway connecting Bratislava and Košice, the country’s two largest cities, will be completed. Hungary has now built its own highway from west to the east, meaning the two Slovak cities are now connected. Read more.

Gas pipeline rupture in Bulgaria has repercussions in the region. A 20-meter section of a gas pipeline in operation since 1988 was damaged by an explosion on Monday (1 November) night near the village of Vetrino, Varna. Video footage shows that the accident took place in the vicinity of a compressor station. Read more.

Romania’s PM-designate gives up mandate. Prime minister-designate Nicolae Ciuca will forgo his mandate as he could not muster support for a minority government. Instead, his party, the centre-right PNL, wants to extend negotiations to ensure a coalition is formed, and the cabinet has a majority. Read more.

Labour costs accounted for the largest share of expenditures for R&D, 64.4% or more than 3 billion kuna. An analysis by sectors shows that enterprises primarily finance R&D with internal funds (72.7%). In comparison, the government and private non-profit sector (63.6%) and higher education (62%) are mostly financed by the central and local government.

Federation almost without gas. Federation BiH entity (Bosniak and Croat one), which takes approximately a half of the country’s territory, was close to running out of gas after a malfunction on the gas transport route in Bulgaria, which meant that the delivery to BiH was interrupted. Serbia immediately managed to buy the necessary energy from Hungary. Read more.