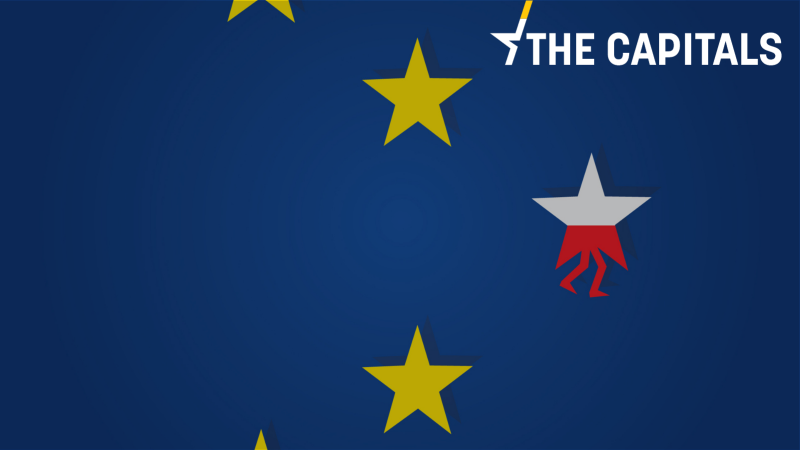 It was the second time this week that the Polish tribunal was addressing cases that call into question the primacy of EU law. [Shutterstock/Umoko]

Before you start reading today’s edition of the Capitals, feel free to have a look at the article Green package unleashes criticism against von der Leyen inside the college, by Jorge Valero.

This comes as the EU’s top court is due to issue another ruling on the disciplinary chamber on Thursday, while the Polish court of justice will deliver another postponed verdict on the compatibility of EU treaties with the Polish constitution, as requested by Prime Minister Mateusz Morawiecki. Read more.

Read also: French MP: Digital sovereignty is about being able to choose dependencies

Virus case numbers rise 84%, hospital admissions stable. Over the past week, an average of 1,066 new COVID-19 infections has been detected per day in Belgium, an increase of 84% over the previous week. Read more.

Austria welcomes Commission’s ‘Fit for 55’ climate package. A number of Austrian politicians have praised the EU climate package for its ambitious goals on emission trading, energy taxation and measures to mitigate the social effects of the green transition. Read more.

European Court of Justice decides on hearing loss as reason for dismissal. The European Court of Justice (ECJ) in Luxembourg is set to decide on Thursday whether impaired hearing is valid grounds for dismissal. Specifically, it is about a prison officer Estonia, who worked in prison for 15 years and because of an impairment in one ear has lost his post. The man took his case to the Estonian State Court, which asked the ECJ to interpret non-discrimination on grounds of disability.

The ordinance, according to which prison officers need to have a certain minimum hearing ability was only enacted in Estonia in 2013 related to the fact that the employees can make phone calls and hear alarms as well as radio messages. (EURACTIV.com)

The background is the case of an Italian who moved to Latvia. Because he didn’t have a job at first, he declined state-funded Latvian Health Service and terminated its membership, which is only open to EU foreigners who work in Latvia. In principle, EU member states have to pay benefits to EU citizens from other countries if they have a right of residence. (EURACTIV.com)

Italian PM calls for prison system to be reformed. Italian Prime Minister Mario Draghi and Justice Minister Marta Cartabia visited the prison of Santa Maria Capua Vetere in Campania on Wednesday, which was rocked by violence in April 2020.  Read more.

Portuguese government wants to close gas-fired power stations before 2040. Portuguese Environment Minister João Pedro Matos Fernandes told parliament on Wednesday it was possible to bring forward the 2040 target for the closure of gas-fired power plants as was the case for coal-fired plants. Read more.

Greece withdraws pension bill after fiscal impact warning. The Greek government has decided to postpone a draft pension bill after the European Commission warned about its impact on the country’s public debt, EURACTIV has learned. Read more.

EU Commission shoots back at Orbán’s LGBTQI+ comments. The European Commission has issued a press release denying having said it wants to place LGBTQI+ activists in Hungarian schools following comments by Prime Minister Viktor Orbán to that effect. Read more.

Bulgaria, Romania to donate nearly expired vaccines. Bulgaria will donate 172,500 doses of the AstraZeneca vaccine to Bhutan, with all delivery costs to be borne by the recipient. Earlier this month, both said they wanted to begin donating vaccines in order to avoid the destruction of expired quantities. Read more.

Slovenia tightens pandemic-era entry requirements. Significantly tighter rules for entering Slovenia took effect on Thursday, as the colour-coded list of countries was replaced with the requirement that passengers who wish to enter the country need to have a COVID-19 certificate regardless of where they come from. Read more.

Albanian PM: Turkey will join the EU when Albania has the presidency. Prime Minister Edi Rama said on Wednesday that the Balkans Schengen initiative is not the new Yugoslavia as some claim while declaring that Albania will be the last to leave the European Union.